Group F is an exciting group in the 2022 Qatar World Cup which features the likes of Croatia, Belgium, Canada and Morocco. In the final fixture of Group F, Belgium face Croatia. Both teams have been tipped by the bookies to qualify for the round of 16. Although it could also end up seeing neither team qualify for the knockout stages of the competition. In this article, we take a look at the chances that both teams have of winning the fixture, qualifying and other popular betting lines. If you cannot pick a winner in this match, we look at other team and player props such as both teams scoring a goal. 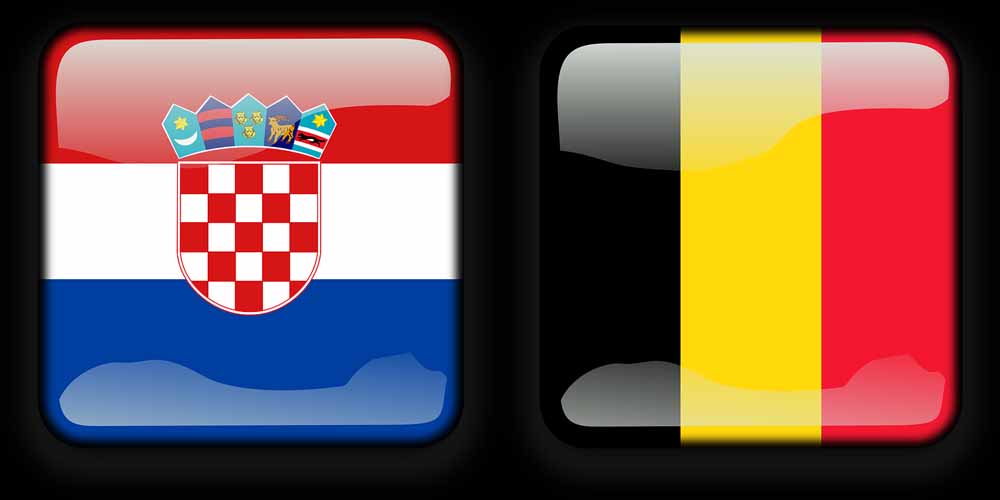 The third and final fixture of Group F sees the 2018 World Cup runners-up take on the Belgium national team. ‘Vatreni’ are captained by Real Madrid superstar Luka Modrić, who is the most capped player for the Croatian national side. The Croatia v Belgium betting odds favour Belgium to win the match, although there are a variety of betting lines that can be played.

One of the more exciting groups in the 2022 Qatar World Cup is Group F. The group features Belgium, Croatia, Canada and Morocco. Before any predictions were made, Belgium and Croatia were tipped by the bookies to go through. In the final fixture, there is everything to play for as the two teams face off.

Does Croatia have what it takes?

It is argued that the golden generation of Croatian talent is already passed its expiry date. However, the same can be said about Belgium. Both managers do not seem to think so as the majority of players to feature in the 2018 Russia World Cup are also found in the 26-man squad for Qatar.

In the 2018 Russia World Cup, Croatia advanced to the final following the 2-1 extra time victory against England. They were beat in the final by France in a 4-2 loss. Zlatko Dalić has repaid most of the same players a favour by including them in his Qatar selection. The likes of Luka Modrić and Marcelo Brozović have played in both teams.

Many of his superstars from the 2018 success have since retired from the national side. However, the Croatian team are still as dogged and passionate as ever. Before the World Cup tournament started, Croatia had won their last four matches. That included impressive wins over France, Austria and twice against Denmark. As for Luka Modrić, this appears to be the final time he will represent Croatia at a national competition. He is the captain of the team and has over 150 appearances for the side. But at 37 years old, it looks like his sensational career is drawing to a close.

Will Belgium Top the Group?

‘De Rode Duivels’, which translates to ‘The Red Devils’ in English, is the nickname of the incredible Belgium national football team. The Red Devils are taken into their second World Cup under the Spanish head coach Roberto Martinez. Heading into Qatar, Belgium lost their friendly game right before the first fixture. It was a 2-1 defeat to Egypt.

In the first fixture of the 2022 Qatar World Cup, Belgium beat Canada in a 1-0 victory. However, the score line appeals to Belgium, who were second best in the match for large portions of the game. The best player in the Belgium side was their goalkeeper, Thibaut Courtois, who managed to save a penalty in the first ten minutes.

The further Belgium has ever reached in a World Cup competition was the 2018 Russia World Cup. Just like Croatia, it was their further ever run in the tournament and the two teams were both beaten by France. In the semifinals, France knocked out Belgium in a 1-0-win, courtesy of an Umtiti goal. Belgium shocked the world in Russia, when The Red Devils beat Brazil, one of the favourites, 2-1 in the quarterfinals.

Just like Croatia, the golden generation of Belgium talent appears to have reached its twilight years. Eden Hazard, the captain of the side, recently admitted that he does not believe he will ever reach the high-level performances that he was once known for. A large portion of Belgium hope rests on the shoulders of Romelu Lukaku, who is the all-time leading goal scorer for the national side with 68 goals. Although his club performances have been poor recently, he somehow always seems to turn up for Belgium.

In the build-up to the Croatia v Belgium final fixture of Group F, the online sportsbooks in Qatar seem to have tipped The Red Devils to win the match. Belgium are given odds 2.33 from 22Bet to beat Croatia. If the match goes the other way and Croatia wins, any punters will be paid 3.00 times their bet. A likely result of a draw will pay 3.42 times your stake.

It is quite difficult to predict the outcome of this match. Particularly as most of the fixtures in the World Cup have had shock results. Thus, perhaps it would be better to play other types of bets, rather than on an outright winner.

One of the appealing bets that the bookies have listed is to see both Croatia and Belgium score a goal. If that happens, 22Bet are willing to pay 1.76 times your bet. It is also likely that over 1.5 goals will be scored in the match, paying 1.3 times your bet. If you believe that this will be a high scoring fixture, the odds on over 2.5 goals is 1.96 and over 3.5 goals is 3.32.

Croatia will fancy their chances of getting something out of this game. If they manage to avoid defeat against Belgium, the odds pay 1.63 times your stake. That is quite good, considering the bet will win if Croatia beats Belgium or draws the match. The odds-on Belgium to win by at least two goals pays 4.5 times your stake. That is also good odds, considering Romelu Lukaku is due to be fit to play the final fixture of Group F.

To conclude on the many Croatia v Belgium betting odds, we would advise playing it safe. The likely result is that the match will end as a draw, which pays 3.42 times your stake. However, if you do not want to bet on an outright draw, perhaps a bet on Croatia to win or draw would suit you, paying 1.63 times. A bet on Belgium to win or draw pays 1.41, which is also fairly decent.

Our tip would be a bet on one of these teams to win or draw, or alternatively on both teams to score or over 2.5 goals. If you are still unsure what to bet on, have a read through the ultimate World Cup betting guide as this could sway you towards picking a winning bet.