Group F is one of the more exciting groups in the 2022 Qatar World Cup as it features Canada, Croatia, Belgium and Morocco. In the final fixture of Group F, Canada face Morocco for the first time. It is also only a second appearance for Canada at the World Cup tournament. Their first appearance was in 1986. In this article, we take a look at the most popular bets and tips for the Canada v Morocco match. Have a read through for more information. 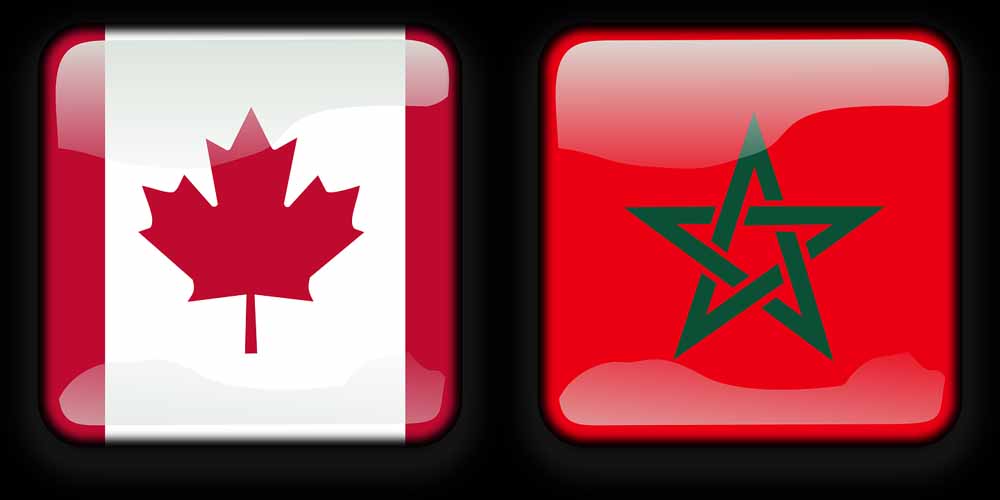 In the final fixture of Group F, Canada face Morocco to seal a spot to advance to the round of 16. ‘Les Rouges’ which translates to, ‘The Reds’ will face the Moroccan team in the ultimate group stage fixture to qualify for the knockout stages. Going into the fixture, we take a look at our Canada v Morocco tips.

Claim 22BET's 100% match bonus up to €122. 18+. New customers only. Valid for 7 days. Wagering requirement is 5x in accumulator bets. Minimum deposit €1. General T&C apply.
Claim Bonus22BET Sportsbook review
Group F is set to be one of the most exciting groups in the 2022 Qatar World Cup. It features the likes of Belgium, Croatia, Canada and Morocco. In the final fixture of the group, Canada take on Morocco, following matches against the other teams. The first fixture saw Morocco gain a point in a bore draw 0-0 against Croatia. Canada lost 1-0 against Belgium but had the better chances and even missed a penalty. We take a look at how well the two national sides are currently doing.

In the opening fixture, Canada were against one of the most experienced Belgium sides of all-time. The opening fixture saw 10 of the 11 Belgium starters previously feature at the 2018 World Cup. As for Canada, it is only the second time they have ever appeared in a World Cup finals tournament. The first time they qualified in 1986, they failed to score.

Canada will celebrate any goals they score in Qatar as it will be a first for the national side. They were unbelievably close to opening the scoring against Belgium but saw Alphonso Davies’ penalty saved by Thibaut Courtois.

The Maple Leafs will know that they have a good chance of qualifying from their group. They were incredibly impressive in the build-up to the World Cup tournament. If Canada score a goal, they will celebrate. If they win a match, they will celebrate even more. In the scenario that they qualify from the group, the Canadian players will return back from Qatar as heroes.

Will Morocco Qualify to the Round of 16?

The Atlas Lions will fancy their chances of reaching the knockout stages of the 2022 Qatar World Cup. The head coach, Walid Regragui, has picked former Wolves defender Romain Saïss to captain the side heading into Qatar.

The CONCAF nation have won the African Cup of Nations, two African Nations Championships and the FIFA Arab Cup. They have also participated in the World Cup six times. They were the first African national team to finish in the top place in a World Cup group.

Sporting the red and green colours on their kit, Morocco will be looking to make their mark in the 2022 Qatar World Cup. They have a talented squad featuring Hakim Ziyech and Boufal. If they are to go through, most of Moroccan hopes will rest on the shoulders of Ziyech. The Chelsea winger is an impressive talent that displayed his quality to the world when playing for Ajax in their famous 2018/19 Champions League run.

The final fixture of Group F will be one where either team has got everything to play for. According to online sportsbooks in Qatar, Morocco have been backed as favourites to come out of the fixture with a result. Should Morocco win, 22Bet will pay players 2.45 times their stake. If the result goes to Canada, the odds are slightly higher at 2.87. A bet on a draw pays out 3.36 times your bet.

In these types of games, it is sometimes impossible to predict a winner. Particularly as this is a World Cup tournament and both teams will be looking to impress their home nations. In these games, perhaps a draw on other betting lines would be better.

Essentially, there are a variety of betting lines that can be placed on Canada v Morocco. 22Bet offers over 1,000 different betting lines on the fixture. You could even bet that there will be a penalty in the match for odds 2.8. Ultimately, there are a variety of player and team props, not to mention the result. If you are looking for a betting site that offers the chance for betting on many different lines, 22Bet is for you.

To sum up our Canada v Morocco tips, we believe that the final group stage match of Group F will end in a draw. It is difficult to predict a draw and sometimes not as enjoyable as it should be. Thus, we would advise players to bet on one of the teams to win and a draw. For instance, a bet on Canada to win or a draw would pay 1.58 times. That is a decent pay out considering two of the three available outcomes will result in a win. If you are still unsure what to bet on, have a read through the ultimate World Cup betting guide as this could sway you towards picking a winning bet.