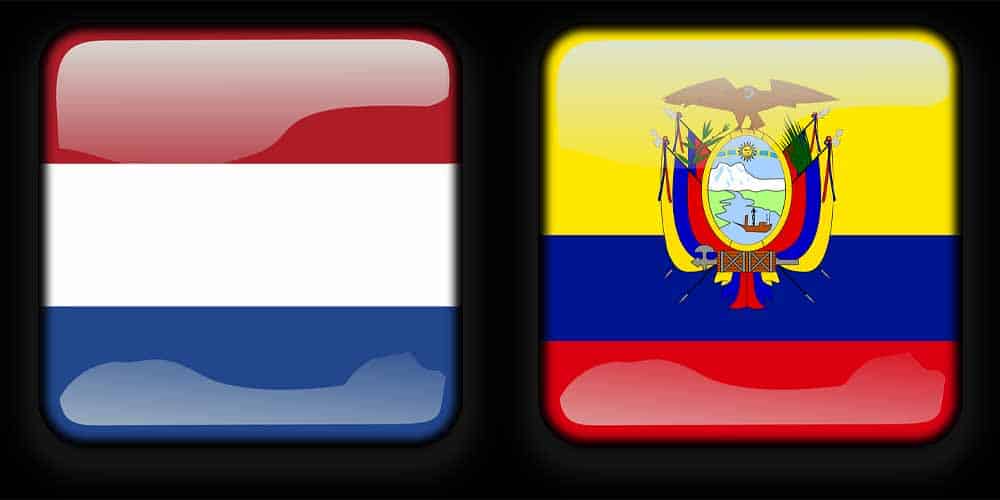 The Netherlands will face Ecuador at Khalifa International Stadium on November 25. Both teams have their strong sides, however, there is always only one favorite. Check out our latest Netherlands v Ecuador betting preview to learn more about both squads’ chances to beat each other. If you want to bet on other matches, take a look at the best World Cup betting guide with all useful information about the football event in Qatar.

The Orange squad are quite regular visitors of big tournaments though never winning it. On three occasions the Dutch were runner-ups, unluckily facing some of the best teams in history. They missed the previous World Cup in Russia failing miserably in qualification. For a while the Dutch squad have been considered one of the strongest in the world with such players as Van Dijk, Depay, Dumfries, Bergwijn participating not only in the best football leagues in the world, but some of the best teams overall.

Ecuador’s team have not been constant contestants in the World Cup. Their best result was in 2006 when they reached 1/8 but lost to a very strong England squad. Most Ecuadorians play in American leagues like MLS, Mexican Liga MX, and Argentinian Primera. Interestingly, three of their footballers play in EPL for the same team: Brighton & Hove Albion.

Following 22Bet Sportsbook, the Netherlands are definite favorites unless there are internal conflicts within the squad, which is quite a common thing to happen in this team (remembering WC 1994 and EURO 1996). Ecuador is likely to face an imminent defeat against one of the tournament’s favorites. If it happens, it is not the end of the World Cup path for the team though. What they need to do is just to play well against Qatar and Senegal, regardless of their game with the Dutch nationals.

It is worth mentioning the odds for both teams in our Netherlands v Ecuador betting preview. Following most online sportsbooks in the Netherlands, their national team leads the bookies’ odds with an impressive margin. You can find odds on teams and their goal predictions in a table below and at 22Bet Sportsbook.