The Netherlands are the firm favourites to beat Qatar in the final fixture of Group A. The Dutch team, captained by Virgil Van Dijk and managed by Louis van Gaal, are likely to come out on top. In this analysis, we look at how both teams are doing and what are the odds available at 22Bet for both teams. There is a strong chance that the Netherlands will win this match. In fact, we are fairly confident that they will win it and a surprise victory for Qatar would shock the world. Have a read through to learn more about the match between the Netherlands and Qatar. 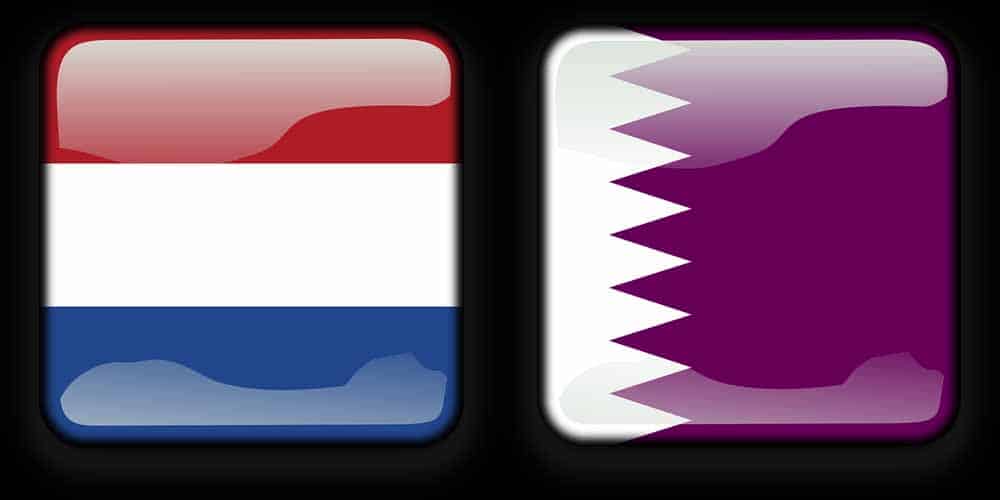 As the 2022 Qatar World Cup group stages draws to a close, Group A puts Netherlands against Qatar for the final fixture. The Dutch team are favourites to top the group with all nine points. Particularly after their opening win against Senegal. In our Netherlands v Qatar World Cup predictions, we cover all the most popular betting lines for the fixture.

Group A is one of the most balanced groups in the 2022 Qatar World Cup. The group features the host country Qatar, the Netherlands, Afcon champions Senegal and Ecuador. The Netherlands will fancy their chances in the final fixture of the group, given their impressive start to the World Cup. They have faced the two stronger teams in the competition and are likely to deal with Qatar in the final group stage fixture.

Louis Van Gaal will go down as one of the most decorated Dutch football managers of all-time. This is his second stint in charge of ‘The Flying Dutchmen’ and they are one of the dark horses in the 2022 World Cup.

The captain of the team is Liverpool’s Virgil Van Dijk. It is his first international major tournament with the national side. The team has a fine mix of both experienced and youthful players, including the likes of Memphis Depay, Cody Gakpo, Matthias de Ligt and Frenkie De Jong.

In three separate occasions, the Netherlands have narrowly finished their World Cup campaign as runners-up. The three occasions this happened was in 1974, 1978 and 2010. They are the only team to appear in the World Cup final that many times and not have a World Cup trophy for themselves. Will that change in Qatar? It is a possibility.

Can Qatar give their Fans something to Cheer for?

The Qatar World Cup will certainly live long in the hearts of Qatar citizens and residents. It is a landmark World Cup in a country that has never been part of the major competitions. In addition, the World Cup has made history by taking place in the middle of a club season in the wintertime.

Unfortunately, the Qatar national football team have not lived up to the expectation of being the host country. They were humbled in their World Cup opening match by Ecuador in a 2-0 defeat. The Qatar men’s football side did not even have a shot on target.

The 2022 Qatar World Cup is the first time an Arab nation has hosted the finals and it is a debut appearance for Qatar in a World Cup finals competition. Their captain, Hassan Al-Haydos has over 170 international caps for the country, which is unbelievable. Can they defeat the Netherlands in the final fixture of Group A?

At 22Bet, there are a number of betting lines that players can wager on in the final fixture of Group A. The bookies are strong believers that the Netherlands will win the fixture, giving them odds of 1.15. According to online sportsbook sites in Qatar, the host nation has odds 17 to win the match and odds 7.7 for the fixture to end as a draw.

If you were to bet on Qatar to win or a draw, the odds are also pretty good at 5.65. However, it is difficult to see past a Netherlands win in this fixture. The odds of Netherlands winning with a European handicap are 1.5. There are also decent odds on both teams to score, listed at 2.6.

If you believe that this match will have a lot of goals, you are more than likely going to be right. The odds for over 1.5 goals is 1.14. However, betting on over 2.5 goals is a little more worthwhile at odds 1.54. If you back the Dutch national side all the way, the odds of the match finishing 5-0 are 15. It is also possible to bet on the Dutch team winning both halves, rated at odds 1.52.

Whilst it is easy to give our Netherlands v Qatar World Cup predictions, the outcome of the match may be very different. It is not easy to find anything positive to say about the Qatar men’s national team. They are representing Qatar at their debut in the finals competition. The Netherlands are heavy favourites for this match and it is difficult to see any other outcome rather than a win for Oranje. For more information on the Qatar 2022 World Cup, please look at the Ultimate World Cup Betting Guide.