Iran take on the United States in the final fixture of Group B. The group is one of the most controversial yet exciting groups in the 2022 Qatar World Cup. It has the likes of England, Wales, Iran and the US. In this fixture, we look at both teams and how well they are doing. This is dependent on their opening World Cup match and their form going into the competition in Qatar. The United States are a force to be reckoned with but writing off Iran would also be unwise. Have a read through to learn more about the two nations and the available betting lines for both countries. 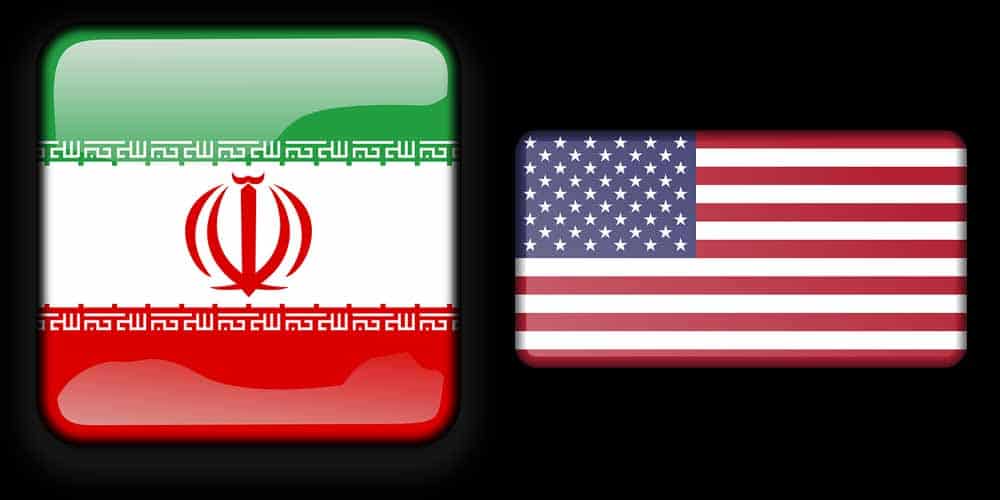 One of the most interesting and controversial games of the 2022 Qatar World Cup is Iran against the United States of America. The two national sides face off in the last fixture of Group B. In this article, we look at all Iran v USA betting tips and lines. There is quite a lot to expect from the final group stage fixture of the tournament.

Claim 22BET's 100% match bonus up to €122. 18+. New customers only. Valid for 7 days. Wagering requirement is 5x in accumulator bets. Minimum deposit €1. General T&C apply.
Claim Bonus22BET Sportsbook review
The United States are favourites to qualify for the knockout stages of the competition in Group B. Although they are in a group with England, Iran and Wales, the US national side are exciting to watch nowadays. Their star player is Christian Pulisic, who plays for the blue side of London, Chelsea. Can the United States reach the knockout stages, or will Iran come out on top?

Taremi Leads the Line for Iran

In the first fixture of the 2022 Qatar World Cup, Iran faced England, the team that many back to win the competition outright. ‘Team Melli’ performed decently, scoring two goals in a fixture that ended 6-2. Although the Iranian national team did not win their opening match, there were positives that the side could take away from it.

One of the major positives is the goals scored by their number nine, Mehdi Taremi. The Porto striker scored twice to become the highest ever World Cup finals goalscorer for Iran. The talisman will look to add to that tally with their remaining games against Wales and the United States.

Will USA Qualify for the Knockout Stages?

It would be unwise to think that the United States have no chance of qualifying from Group B. They drew 1-1 with Wales in their opening World Cup fixture and are set to play against England in their second game. The Stars and Stripes are becoming a real contender to qualify with the likes of their upcoming stars in Pulisic, Timothy Weah, Giovanni Reyna, Weston McKennie and Sergiño Dest.

They play exciting football, and this was displayed against Wales. The US had many vertical passes to look to hit the Welsh team on the break. Their opening scorer was Weah, who currently plays for Lille.

According to online sportsbook sites in Qatar, the US have a greater chance of winning than Iran. They have been branded with the odds 1.81 from 22Bet. The odds on a draw are 3.6 whilst a win for Iran pays out 4.42 times your stake.

It is likely that the United States will win the match although Iran are a force to be reckoned with. The bookies have appeared to write them off completely, but they are a decent footballing side. The odds-on Iran to win or a draw are 2.04, which are rather high. We would probably recommend betting on that, as the Iranian team are ranked 20th in the world (the US is 16th).

In the likely scenario that both teams score at least one goal, the odds are listed at 1.95. This is also a decent bet as both teams have got goal scorers in them. The odds on over 1.5 goals are 1.33 and over 2.5 are 2.07. It is also possible to bet on a penalty to happen in the match for odds 2.88. Remember that in the first fixture, Iran were awarded a penalty against England and the United States conceded a penalty against Wales.

Betting on goals would be the appropriate thing to do in the Iran v USA fixture. It is likely that both teams will score a goal, which pays 1.95 times your bet. If you are unsure of what to bet on, a wager on goals is almost always the best thing to do. For more information on the Qatar 2022 World Cup, please look at the Ultimate World Cup Betting Guide.