Wales take on England in the final fixture of Group B. The group is one of the most controversial yet exciting groups in the 2022 Qatar World Cup. It has the likes of England, Wales, Iran and the US. In this fixture, we look at both teams and how well they are doing. This is dependent on their opening World Cup match and their form going into the competition in Qatar. England are a force to be reckoned with but writing off Wales would also be unwise. Have a read through to learn more about the two nations and the available betting lines for both countries. 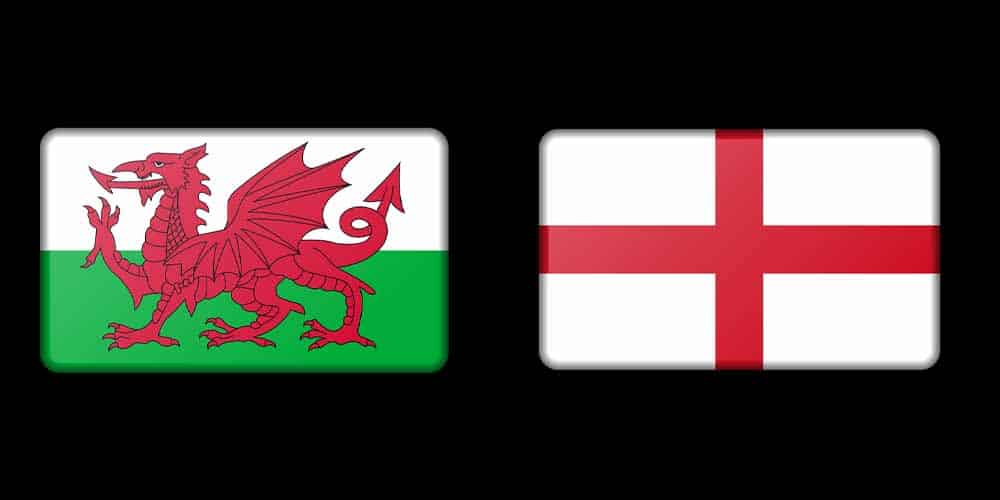 The final fixture of Group B in the 2022 Qatar World Cup puts Wales against England in an all-British decider. The two national sides have a fierce rivalry that goes way deeper than just football. In this Wales v England betting preview, we look at all the most popular bets and betting lines for the fixture.

Group B is one of the most exciting groups in the 2022 Qatar World Cup. It features England, Wales, the United States and Iran. In the opening fixture, England beat Iran 6-2 whilst Wales battled to draw 1-1 with the US courtesy of a late Gareth Bale penalty. The two nations meet in the final group stage fixture of Group B in what is looking likely to be a battle between the two historic nations.

Will Bale Lead Wales to Victory?

The star player for Wales is Gareth Bale. The Welshman now plays in the MLS league over in the States. He transferred to the team in the summer of 2022 following nine glistening years in Real Madrid.

If Wales are to take anything out of the game, it is likely that Gareth Bale will be the key. In 2016, the two teams were drawn in the same group at the Euros, where England won 2-1. This was following a late winner from Daniel Sturridge. In that match, Gareth Bale managed to score a direct freekick against the ‘Three Lions’.

Wales will fancy their chances against England given their recent form. In the same 2016 Euros, Wales advanced further than England, reaching the semi-finals before being knocked out by Portugal. The Welsh national side go into the match fearless, knowing they need a result to qualify.

Have England got the Firepower?

The simple answer to that question is yes. England are likely to win the result, according to the bookies, as they won their first match 6-2. The team are an exciting group to watch going forward. However, the same cannot be said for their defense.

England are captained by Harry Kane and will look to win the World Cup. They finished in fourth place at the last World Cup and runners-up in the 2020 Euros. The manager of England, Gareth Southgate, will have to improve on both campaigns by bringing the World Cup back to England.

The ‘Three Lions’ have a good chance of winning as well. They feature many Premier League superstars that play for top teams Arsenal, Chelsea, Manchester City, Manchester United and Tottenham. The team will look to Harry Kane for inspiration to beat ‘The Dragons’.

According to online sportsbook sites in Qatar, England have been tipped by the bookies to win the match with odds 1.52. They are favourites whilst the odds on Wales to win are 6.35. The odds on a draw are 4.18. These odds are provided by 22Bet.

It is also possible to bet on the number of yellow cards and which team has more yellow cards. Given the historical rivalry, it is safe to assume that this match will have many yellow cards. For specific players, we would bet on Harry Maguire to receive a yellow and Ben Davies to also be booked.

To conclude this Wales v England betting preview, it is likely that England will win the match. With the same train of thought, it is also likely that Wales will score. The odds of a 2-1 win to England are 7.5. If you want to simply bet on England to win but both teams to score, the odds are 3.7. For more information on the Qatar 2022 World Cup, please look at the Ultimate World Cup Betting Guide.