Netherlands vs Argentina Betting Tips for the Classic Meeting

Tip >Netherlands vs Argentina Betting Tips for the Classic Meeting 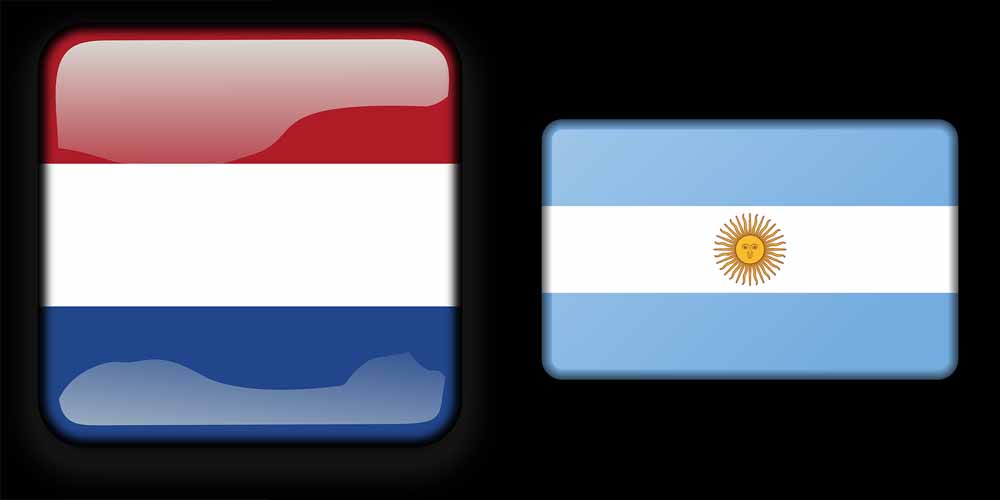 The second quarter-final of the 2022 FIFA World Cup will be a real classic, as the Netherlands and Argentina have met a couple of times before. Now the two teams will play against each other in the last eight this Friday, at the Lusail Iconic Stadium. The Netherlands vs Argentina betting tips favors Messi’s team to win the game. But it is promised to be a tough match against the Dutch team that played really well in the previous round.

The Netherlands reached the World Cup quarter-finals for the sixth time in its history after beating the USA 3-1 in the last 16. Louis Van Gaal’s team played very confidently and got the lead early in the game thanks to the goal of Memphis Depay. Even though the Americans scored in the second half, the Dutch victory was never in any danger. Now though they will face a much more difficult opponent in Lionel Scaloni’s Argentina. The South American team had a similar game against Australia in the previous round. As they won 2-1 with the goals of Lionel Messi and Julian Alvarez. Seems like the team is getting into form after its shocking defeat against Saudi Arabia. They can go all the way to the final. First, though they need to win against the Oranje on Friday.

Netherlands vs Argentina Betting Tips Favor Argentina for the Win

As we all remember, Argentina lost its first match against Saudi Arabia. But they won 2-0 against Mexico and Poland to top their group. It also meant an easier opponent, Australia in the last 16, and a 2-1 win. Even though it took time to break the Aussies. Lionel Messi scored the opening goal in the 35th minute and led the team to victory. He can be the key man again as his odds, 2.71 to score a goal also shows. Angel Di Maria is likely to miss the game due to his injury, but the squad still has great players who can be dangerous. Like Julian Alvarez whose odds to score again are 3.78. Or Lautaro Martinez who has a similar chance of scoring in the Netherlands vs Argentina betting tips. In spite of not being in his best form at the tournament.

The two giants have already met five times in the previous World Cups, with the Netherlands winning on three occasions. But La Seleccion could win in the most important times, like in the final of the 1978 World Cup. And in the semi-final of the 2014 World Cup when the two teams played a 0-0 draw. But Argentina won the penalty shoot-out 4-2 in the end. Online sportsbooks in the Netherlands offer odds of 3.20 for another draw. And an odds of 6.84 for another 0-0 result. Neutral fans are hoping for a more exciting match though with both teams to score (2.07) and the total number of goals being more than 2,5. (2.43).

Can van Gaal come up with a winning strategy?

Even critics of the Dutch team could be satisfied with the team’s performance against the USA in the last game. They got the lead early and kept it until the end with the goals of Depay, Daley Blind, and Denzel Dumfries. But another Dutch player, Cody Gakpo has scored the most goals (3) in the team so far. His odds to find the net again are 4.30. While Depay’s chance of scoring is even better at an odds of 3.82. Surely a stable defense will be the most important factor though against Argentina where Virgil van Dijk and the other defenders can play a key part. Online gambling sites in the Netherlands still favor the Argentine team to win the game. And offer the odds of 2.26 for that.

As we can see, the Oranje have already beaten the South Americans before, and they can do it again. Their opponent seems to struggle sometimes, and we can’t find any other leader in the team besides Messi. So if the 7-time Golden d’Or winner is not at his best, the team might not win the match. Another advantage of the Dutch team is their manager, van Gaal, who can use all his experience to come up with a winning strategy. Unlike Lionel Scaloni, who is a very talented but less experienced manager of the Argentine squad. He has already won a trophy with the team though after their victory at the 2021 Copa America. Now Argentina is also favored to reach the semi-finals with an odds of 1.60. While the Dutch team’s odds for the same are 2.24 on 20Bet.