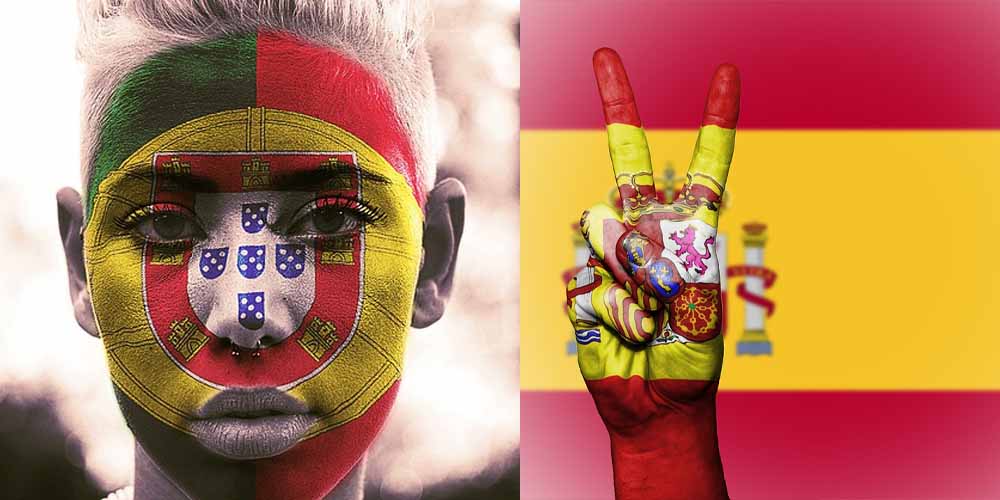 On the last day of the 2022/23 UEFA Nations League group stage, two Mediterranean top teams will meet in Braga. As Portugal will host the current group leader Spain next Tuesday, the 27th of September. Portugal vs Spain betting tips offers very similar odds for all results in the game. That can also decide which team will advance to the Nations League Finals next June.

After four rounds Spain leads Group 2 in League A but is only one point ahead of its big rival, Portugal. Luis Enrique’s team got two wins and two draws at the moment. In their last match in June they won 2-0 against the Czech Republic. Now La Roja hopes to continue in this form and win their last games against Switzerland and Portugal. The latter seems to be a more difficult task after Fernando Santos’ squad will have the advantage of playing at home. Portugal also has two wins and a draw against Spain. But they lost their last group game against Switzerland with the first-minute goal of Haris Seferovic. Now they can get back to winning in the Czech Republic and at home against Spain.

Portugal, just like Italy, had to take part in the 2022 World Cup play-off after finishing only second in their qualifying group. But they managed to win both against Turkey and North Macedonia and earned their place in Qatar. But surely they will need a much better performance there if they want to advance through. In the Nations League, the team has been more convincing. They are still with a chance of qualifying for next year’s finals. Portugal won the first trophy of the tournament in 2019, led by team captain Cristian Ronaldo.

The five-time Ballon d’Or winner star is in the squad again in spite of not  playing too much this season in Manchester United. But he is still a top player who can decide games with his goals. Just like other members of the squad like Bernardo Silva, William Carvalho, and Diogo Jota. Playing at home in front of the home crowd will also favor A Selecao. The team has an odds of 2.54 for the win on online sportsbooks in Portugal. But a draw is also a possible result based on the two teams’ last meeting which ended with a 1-1 draw in Seville. Portugal vs Spain betting tips offer an odds of 3.18 for a draw. But if you think the final result will be 1-1 as well, you can make a bet with an odds of 6.00 for that.

Spain will aim for a victory

The Spanish team appeared in last year’s Nations League final but lost there against France. Now the team has a chance of qualifying for the last four teams again after it leads the group. But winning the last game against Portugal will be a tough task for even Luis Enrique’s team. Spain qualified for the World Cup easily after finishing on top of their qualifying group. They haven’t lost since last October, but they could only draw against their neighbors at home. Now online gambling sites in Portugal offer odds of 2.84 for the guests’ victory. So La Roja has very similar chances of winning as the hosts which are not surprising.

We can find players from the best clubs in the team from Barcelona players Pedri and Gavi to Real Madrid stars Dani Carvajal and Marco Ascensio. But Paris Saint-Germain striker Pablo Sarabia and Atletico Madrid forward Alvaro Morata can also be key to the victory. Both of them scored in the previous group games, and they might do it again. There is an odds of 1.97 for both teams to score on Tuesday. And an odds of 2.32 for having more than 2,5 goals in the match. With such top strikers on each side, it’s hard to imagine having a goalless match. But we can find three 0-0 results in the two nations’ last  five meetings so it’s not an impossible result either.