Another Illegal Shanghai Casino Raided After Journalist Tip Off 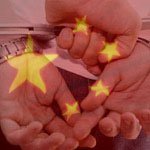 Chinese gambling laws are due to face even closer scrutiny after the raid of a 1 million Yuan a day underground casino in Shanghai. The casino was discovered through an expose by Shanghai Television Studio, who tipped off the state police. The high security illegal casino was taking massive wagers across 3 floors, and pours more fuel on the gambling fire in China.

With most forms of gambling illegal outside of Macau and Hong Kong, Chinese gamblers are turning to illegal casinos, casinos that net millions of yuan absolutely tax free. As such, there has been some pressure to amend the current regulations on gambling, and with recent experiments with the island of Hainan, the government may be willing to listen at last.

With online casinos in China not even a speck in the government’s eye yet, the Asia Pacific casino market is undergoing rapid expansion. Following the success of Macau – it took more than 6 times the take of Las Vegas in 2012 – casinos have been popping up in Singapore, Korea and Cambodia. With plans for the Primorye resort in Far East Russia taking shape, Chinese gamblers are being enticed abroad to spend their money more and more.

So why doesn’t the government act yet? With the World Poker Tour hosting an event at the MGM Grand Sanya in Hainan, the Chinese government may be softening it’s stance on gambling, but the question is whether it will be quick enough.

With more and more underground casinos sprouting every day to feed an insatiable gambling need present in the Chinese public (the legal state lottery is worth a massive $40 billion), any Chinese gambling news would be welcome. With the Asia Pacific gambling market set to surpass $80 billion by 2015, fuelled mainly by Chinese gamblers, this is a huge taxation opportunity the Chinese government surely cannot refuse any more.