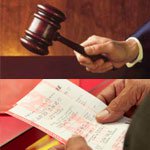 At first the infamous CDN$ 12.6 million lottery dispute seemed to be a pretty straightforward business between husband and wife, but that’s not the case anymore.

The whole ordeal started when Maria Fehr allegedly received $20 from her husband to buy a lottery ticket in Surrey four years ago. The ticket in questing has produced a whopping $12.6 million win under the Canadian gambling laws.

The win raised attention of Maria Ganguin, Fehr’s business partner, who revealed a partnership agreement stipulating that business money could be utilized to purchase lottery tickets, and the winnings should be split equally between the two women.

Now, that’s a pickle, a $12.6 million pickle. Canada gambling news found out that Ganguin went on to claim her half of the winnings, which was naturally opposed by Fehr, claiming the money for the ticket originated from her husband and not the joint business with Ganguin.

The dispute in question has already reached British Columbia Supreme Court, when Fehr and her husband asked for a summary trial to resolve the issue swiftly with support of sworn statements.

Trevor Armstrong, The British Columbia Judge, ruled that Ganguin should have the right for a full trial of her partner’s credibility, despite seeming lack of evidence behind her claim. The full blown court hearing will be scheduled in the coming months.

This case clearly shows the problems that could arise from playing at land-based gambling facilities. Choose online casinos in Canada, and play in full privacy and safety, never having to look over your shoulder for business partners trying to squeeze into your winnings.