1966 World Cup Had Plenty of Controversy 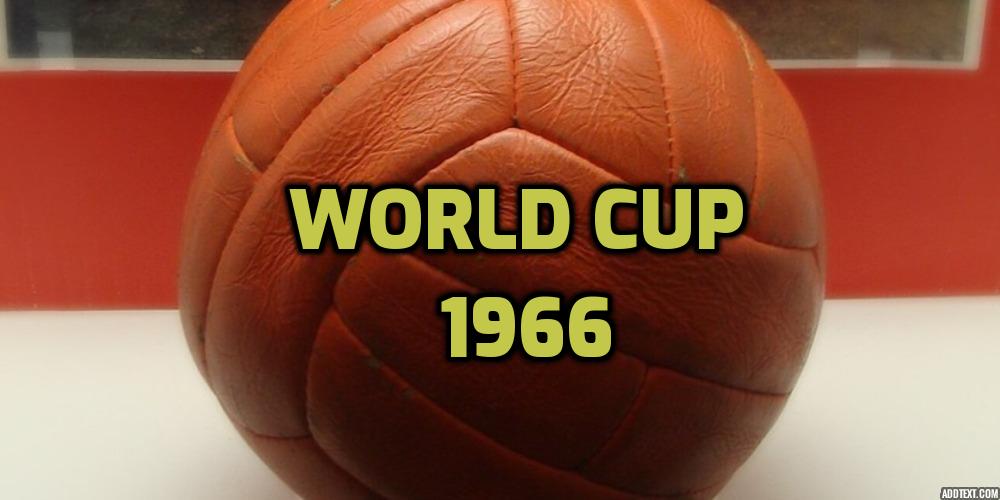 The 1966 World Cup is still considered to be England’s greatest achievement in football. But while the English remember to look back at the tournament fondly, others do not. Since this campaign was over 50 years ago we’ll be looking at some of the controversy surrounding it.

The 1966 World Cup hosted by England was the first ever World Cup to be broadcast in color. It was also the first tournament to have an official mascot. These sound like revolutionary changes, but they infuriated South American nations. Most of the controversies at this World Cup surrounded Latin American teams as well. Let’s see some of the reasons why not everyone remembers 1966 the same way.

The media has the power to change the perception of anyone, twisting an event into something else. Multiple online sportsbook news in Spain report that the organizing of the 1966 World Cup was horrible. Brazil were only allowed two photographers at the tournament, in comparison to England’s 14. But French and Swedish media personnel complained about the conditions at the tournament as well.

The controversies surrounding the media got so bad that even bodies like Brazil’s National Federation of Professional Journalism, Brazil’s British ambassador, and the Foreign Office were involved. Services offered by the organizing committee were criticized throughout the tournament. Some of the complaints were about the housing conditions, train and match schedules, issues regarding telephones and telegrams, and even apparent spying concerns.

Defending champions Brazil were already knocked out in the group stage. When the team came back to Brazil Pelé even considered retiring. They beat Bulgaria 2-0 in the opener but the Brazilian superstar took a heavy beating. As a result, he couldn’t play in the next match against Hungary which Brazil lost by two goals. The two disallowed goals are also part of the 1966 World Cup controversies.

Brazil lost their 3rd match against Portugal 3-1 as well. Pelé was constantly getting fouled and didn’t have much of an impact on the match. All three of these matches were refereed by English and German officials. Today, however, Brazil fans shouldn’t feel sad as the team might be en route to the World Cup final. You can follow their progress on 20Bet Sportsbook.

There were some controversies about England’s group stage win over France as well. According to online sportsbook news in Spain, England’s first goal was possibly offside. Then in the second half, Roger Hunt’s goal came while Jacques Simon was injured on the pitch. So while most of the complaints came from South Americans, European teams found a way to bash the 1966 World Cup too.

One of the more notable situations worth mentioning came after Uruguay’s quarter-final match against West Germany. The Germans won 4-0 but the post-game antics revolved around the Uruguayan players. Some players took the time to sign autographs but the messages were criticizing the referees and the German players.

To make the situation even more controversial, an English referee sent off two Uruguayan players during the match. Captain Horacio Troche was sent off for kicking Lothar Emmerich in the stomach and even slapped Uwe Seeler afterward. Héctor Silva followed his captain after a questionable tackle. Julio Cortés put the cherry on top when he kicked the referee after the final whistle.

Were the bookings fair? It’s hard to shed the light on the clear truth today so many of the 1966 World Cup controversies will linger on. Fast forward to this year’s tournament and both Germany and Uruguay are out after the group stage. Alas, our 2022 World Cup betting guide still comes in handy for the following weeks.

England vs Argentina in the Most Controversial Match of the Tournament

The England vs Argentina quarter-final match at Wembley was described as an international incident. Argentina captain Antonia Rattín refused to leave the pitch after being booked in the first half. Geoff Hurst was the only goalscorer during the match and the referee received heavy criticism. But things erupted after the final whistle.

England’s manager at the time, Alf Ramsey, stopped George Cohen from swapping shirts with the opponent. The referee was attacked and the FIFA vice-president was spat on as well. Vandalism in the tunnel and the England locker room also became infamous. When feelings reached their boiling points, the Argentines attacked the England bus.

Argentina’s FA spokesman did not approve of the players’ behaviors but he agreed that the referee was doing things in England’s favor. Later on, Portugal’s Eusébio highlighted the referee’s mistakes as well. This quarter-final match was followed by attacks on the British embassies in Argentina and Uruguay. England vs Argentina in the 1966 World Cup is one of the most heated matches to this day.

Practicing without Goalposts – Further Controversy in the 1966 World Cup

Brazil had no team bus when they arrived in London. When they finally reached the allocated training grounds, the grass was too long to play football and there were no goalposts either. Argentina’s training ground was similar as well. It had no goalposts and the team had to borrow a couple of crossbars.

England Won the Final but at What Cost

Certain news in the UK reported that the world was applauding England’s victory in the final. However, other papers, including online sportsbook news in Spain were released on the same day as an answer to these claims. The papers were talking about the price of England’s victory and what sports are truly about. Not so long ago, many had respect for England’s hard-earned reputation. After the 1966 World Cup, things became different and the English football legacy looked fragile.

After these allegations, England decided not to deny anything as it would only make the situation first. Over time, things have settled down and not many remember what happened 50 years ago. For example, the disappearance of the World Cup trophy in 1966, mentioned in our weird World Cup facts, might be more popular today than the controversies surrounding the tournament.

Click here to try the best odds at 20bet Sportsbook