The Best World Cup Ads Ever 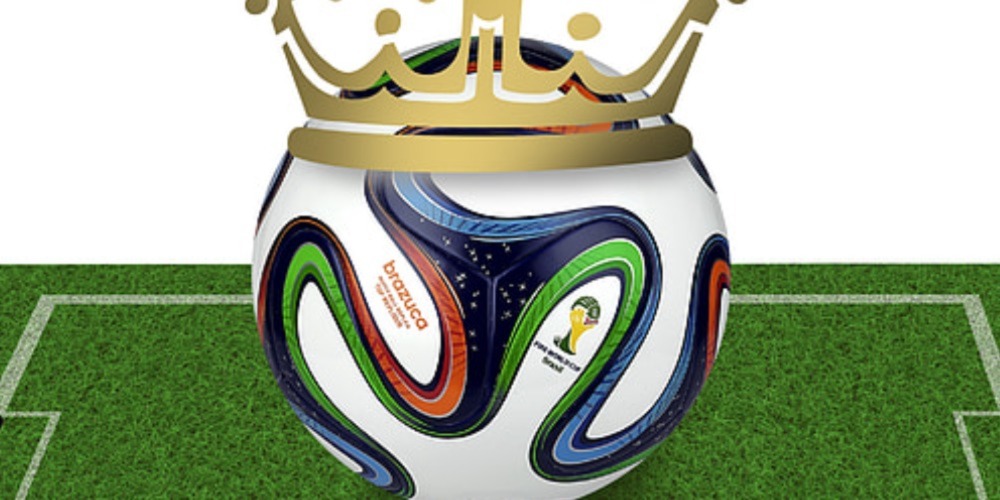 World Cup sponsors go to great lengths to create mesmerizing ads and commercials for each tournament. In this article, we listed what we think are the 10 best World Cup ads ever.

World Cup ads have been popular for some time but the quality of these commercials saw a huge increase near the turn of the millennium. We put this list together in honor of the 2022 World Cup, for which you might want to check out our betting guide. Below you’ll find the 10 best World Cup ads of all time, each special in its way.

José+10 is the best World Cup ad of all time

It’s hard to pick favourites but if we had to decide on the best World Cup ad ever, it would be José+10. The ad was made by Adidas for the 2006 tournament, hosted in Germany. This classic shows two boys, Pedro and José, who are assembling their teams by naming football stars from multiple generations. José+10 shows how cheerfully but passionately everyone can play football, no matter the circumstances.

The ad features players like Djibril Cissé, Kaká, Zidane, Beckham, Oliver Kahn, Lampard, Robben, Defoe, Klose, and more. Beckenbauer and Platini then join each team as both the kids and the players are surprised by their appearance. This is a great ad that withstood the passing of time.

Massive Success by a Non-Sponsor – The Game Before The Game, 2014

At the time this ad came out, Sony was an official partner and sponsor for the World Cup. This means that Beats by Dre couldn’t openly create a World Cup ad for the tournament. The ad doesn’t feature either the words world or cup.

Still, the beautifully directed video captured the essence of football perfectly. Jungle or The Game Before The Game is one of the best World Cup ads ever.

The ad mainly focuses on Neymar as he receives a pep talk from his father before the start of the match. The Game Before The Game also shows multiple athletes and celebrities worldwide, getting ready and calm before the storm. Some of the biggest names featured in this ad are LeBron James, Lil Wayne, Mario Götze, Nicki Minaj, Rio Ferdinand, Chicharito, Thierry Henry, Van Persie, the late Stuart Scott, and more.

Can you get affected by Footballitis? – Unique fun at the 2002 World Cup

The 2002 Adidas commercial “Footballitis” is a funny take on people who are obsessed with football. It doesn’t matter what you do, where you are, awake or asleep, footballitis can affect you as well. The ad features Beckham, Zidane, sitting with the 1998 World Cup trophy, and legendary referee Pierluigi Collina.

Heavily aired during the 2002 World Cup 20 years ago, this is one of the best ads created for the tournament. It’s funny, short, and simple, but unique as well. If the mention of Beckham or Zidane brought up some memories, make sure to check out 888sport for the odds for England’s or France’s matches.

Carlsberg created many great football ads over the last couple of decades but this one might be their best. Old Lions features some of England’s greatest retired legends who played before the 2006 World Cup. The players starring in the ad from England’s 1966 World Cup winning squad are Jack Charlton, Alan Ball, and Bobby Charlton. Peter Beardsley, Terry Butcher, Stuart Pearce, Peter Reid, Bryan Robson, Peter Shilton, Chris Waddle, and Des Walker make up the rest of the team.

To make this ad even better, the team is coached by Bobby Robson. The Old Lions take on a team of young opponents and beat them with ease. There are quite a lot of funny bits and references as well. This is no doubt one of the best World Cup ads ever and possibly the dearest for England supporters. You can follow how the Three Lions are doing in Qatar on online sportsbooks in the UK.

Brazil and Nike took over the world in 1998

Nike set the bar high for World Cup ads in 1998 with “Airport”. Featuring the Brazilian national team, the ad takes place at a Rio de Janeiro airport. With stars like Ronaldo, Romario, and Cafu, the advert has captured the hearts of millions. The players cheerfully play around the airport, effortlessly going through any obstacle. The ad even features a cameo by Eric Cantona.

Fans love this ad as it’s not CGI-heavy like the majority of modern commercials. It is football in its purest simplicity. The 1998 World Cup final wasn’t that cheerful for Brazil however as they lost 3-0 to France. However, they came back for revenge in 2002 and lifted their 5th trophy.

Carlsberg’s “Team Talk” is an ad created to support England in the 2010 World Cup. The 90-seconds long ad could fire up even the coldest of hearts. Narrated by Stuart Pierce, also featured in the Old Lions ad, “Team Talk” touches on great subjects. The ad follows the perspective of players from the locker room to the pitch.

With the atmosphere getting more intense with each second, the lines “Do it for your country, for the fans, for Bobby.” could send down chills on the spines of any England supporter. The ad ends with Sir Bobby and a lion standing at the end of the tunnel, waiting for the players to come out. One of the best World Cup ads of all time but it’s a shame how England’s campaign ended.

Before the huge Airport ad for the 1998 World Cup, Nike dropped “The Wall” in 1994. It’s a short and simple ad that captures football. One ball soars through the skies as billboards, paintings, and pictures of players pass it to each other. This shows that football transcends all borders and the game is enjoyed and loved by all around the world.

The ad featured Cantona, Michael Schulz, Maldini, Ian Wright, Romario, Bebeto, and Jorge Campos. This was the beginning of featuring an all-star cast in football ads, something that’s still very popular today. A simple ad with words spoken, “The Wall” is one of the best World Cup ads ever.

Pepsi’s World Cup ad for the 2002 tournament is nothing short of iconic. The ad shows players like Beckham, Roberto Carlos, Raul, Buffon, and Edgar Davids as they take on six giant sumo wrestlers. What’s the winning prize? Pepsi, of course.

The footballers eventually lose but that possibly makes this commercial even better. Additionally, the world was gifted with some of the best World Cup goals in 2002 as well.

Master advertising by McDonald’s for the 1994 World Cup

The giant fast-food chain became an official World Cup sponsor when the tournament was hosted in the US in 1994. It’s the shortest ad on this list but deserves a spot. The ad shows Jimmy, practising in the yard who is supposed to go to McDonald’s with his mom.

Titled “What Practice Makes”, the ad shows the importance of practice in football or in anything in life, for that matter. McDonald’s then creatively sneaks in a way to tell the viewers that they now deliver as well. Short, simple, straight to the point, and iconic.

Coca-Cola is the oldest sponsor of the World Cup. They started advertising back in 1950 and became an official FIFA partner in 1978. For the 1982 tournament, they created a now iconic ad featuring Diego Maradona. In honour of the two-time World Cup winner, check out 888sport to see how Messi and Argentina are doing in Qatar.

After some indecisiveness, Maradona accepts a bottle of coke from a kid and then gifts him his jersey. The ad doesn’t have any complicated or deep meaning to it, it just simply became iconic over the past decades. This is the reason why we picked it as one of the best World Cup ads of all time.