The Most Amazing World Cup Goals of All Time 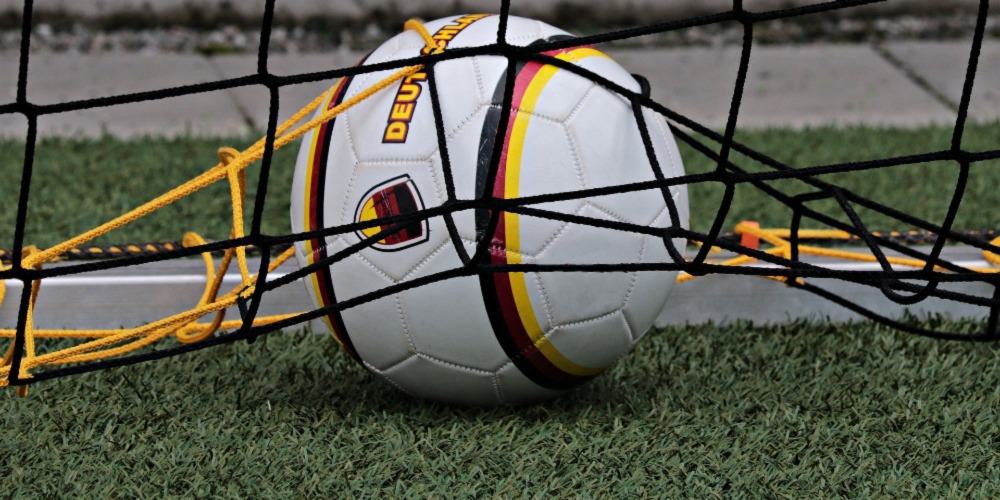 People often remember goals better than entire tournaments. And after 21 World Cups, there have been many amazing goals recorded in the history books of football. In this article, we’ve put together a list of the 10 most amazing World Cup goals of all time.

To avoid any confusion, a player can only be included on this list once. So if they scored multiple great goals in the World Cup we picked the one we thought most deserving. Our list spans multiple decades of the tournament and we might even see some magic this year as well. To keep up with the tournament, check out our 2022 World Cup betting guide.

The list contains goals that are great on their own. Their importance is not the primary deciding factor here so you will see some group-stage goals as well. Similarly, the goals scored in the Miracle of Bern could carry more value in terms of importance but that’s a topic for another day. Here are our honourable mentions that didn’t make the top 10 most amazing World Cup goals of all time:

Maradona vs England – The Goal of the Century

This list wouldn’t be complete without the Goal of the Century. It came in the quarter-final of the 1986 World Cup when Argentina were playing England. After the Hand of God in the 51st minute, Maradona completed his brace four minutes later. Héctor Enrique passed the ball to Maradona who then dashed past four England players plus the goalkeeper to put the ball into the empty net.

This put the Argentines up by two and the goal is all the more memorable with Victor Hugo’s commentary. England scored a goal later on but it wasn’t enough as Argentina won 2-1 and went on to win the whole tournament as well. The Goal of the Century, as its name suggests, is the most amazing World Cup goal of all time.

Brazil’s golden generation, led by Ronaldo, Rivaldo, and Ronaldinho won the 2002 World Cup and inspired generations to come. Brazil met England in the quarter-final and the sheer amount of talent in that match alone was impressive. Michael Owen opened the scoring in the 23rd minute but Ronaldinho decided the fate of the game in the second half.

Ronaldinho was 22 at the time and scored from a free-kick that is still regarded as one of the best 20 years later. He took the shot from about 40 yards out and beat Seaman.

The curve of the shot fluked the England goalkeeper and by the time he realized the ball was going in, it was too late. Funnily enough, Ronaldinho was booked 7 minutes later and was sent off the pitch, but Brazil still won the game. According to online gambling sites in the UK, Ronaldinho said this was his greatest match for Brazil in the 2002 World Cup. His free-kick goal will remain one of the most amazing World Cup goals of all time for many years to come.

Forlán was Unstoppable in 2010

Uruguay were eliminated in the semi-finals and ended up 4th in the tournament but Diego Forlán’s performance is still praised today. He scored 5 goals in total during the tournament, three of which are worthy to be on this list. But given the rules we stated earlier, we’re picking his goal against South Africa as the most amazing one.

While group-stage matches are often overlooked after a World Cup, we remember Forlán’s brace against South Africa. The forward was playing as an attacking midfielder in the match and opened the scoring with a screamer in the 24th minute. Forlán’s shot beat the keeper from 30 yards out, skimming the crossbar, and going in flawlessly.

James Rodriguez finished the 2014 World Cup as the top goalscorer with one of the best performances in the tournament. Colombia were eliminated by Brazil in the quarter-finals but not before they beat Uruguay in the Round of 16. His 28th-minute goal opened the scoring and later was voted as the Goal of the Tournament as well.

James needed only two touches to make the crowds erupt: one to control the pass and one to strike the ball. It was an impossible shot that took both courage and recklessness to take. An absolute power shot that went in from the crossbar, leaving the Uruguay keeper helpless.

Robin Van Persie is often regarded as the Netherlands’ greatest World Cup striker ever. He proved this many times but his goal against Spain in the 2014 World Cup might be his best international goal ever. Holland were playing defending champions Spain in the group stage, from which Spain failed to advance. Before we get into Van Persie’s goal details, check out 888sport for the current World Cup odds.

The Netherlands hammered Spain in a 5-1 group stage match, in which Van Persie played a huge part with his two goals. In the 44th minute, Daley Blind lobbed the ball forward from midfield where Van Persie dove towards it with complete elegance and precision. His header left Casillas motionless, and the goal earned Van Persie “The Flying Dutchman” nickname.

By the time of the 1978 tournament, Brazil were already 3-time champions. Tensions were high as well because the South Americans were playing Italy, whom they previously beat in the 1970 World Cup final. The two nations were competing for third place when Nelinho scored one of the most amazing World Cup goals of all time.

His 64th-minute shot put Brazil on level and fueled the team to press onward. After receiving a pass on the right wing the most obvious thing would’ve been to try to cross it. Instead, Nelinho decided to perfectly curve it into the far left of the goal. This effort was later voted as the 4th greatest Brazilian goal of all time.

Dino Zoff was Italy’s keeper at the time and looked up in disbelief after Nelinho scored that madness. If you’re a fan of Zoff, check out our article on why goalkeepers are underrated in football. He was one of the best shot-stoppers in history, you might find this topic interesting as well.

Pelé Made a Statement at the 1958 World Cup

Brazil were playing hosts Sweden in the 1958 World Cup and won 5-2. The star of the match was 17-year-old Pelé who scored a brace in the second half. In the 55th minute, Pelé took control of the ball in the box, chipped it over the defender and smashed it into the back of the net. At that distance, there were no questions about whether the ball was going or not.

The Brazilian remains the youngest player ever to score at the World Cup. For this year’s edition, you might want to check out the best youngsters at the 2022 FIFA World Cup and see if anyone could come close to breaking one of Pelé’s records.

1998 was the first time since England met Argentina in a World Cup tournament since the heartbreak that Maradona caused 12 years before. It was in the Round of 16 and there were plenty of memorable moments from the match. But the one we’re going to talk about here is Michael Owen’s 16th-minute goal.

An 18-year-old Owen received a pass from Beckham and then proceeded to complete the counter-attack from midfield. After beating two defenders, he put the ball into the top left corner, leaving the keeper on the ground. Unfortunately, England couldn’t take revenge for 1986 as Beckham got booked in the second half and Argentina advanced on penalties.

England’s golden generation included tremendous talent of which Joe Cole was part. England were playing against Sweden at the 2006 World Cup group stage. Even though the match ended in a draw, we were gifted with one of the most amazing World Cup goals of all time.

Cole decided to take matters into his own in the 34th minute. He took control of the ball about 30 yards out and curved it into the top right corner. Sweden keeper Andreas Isaksson was able to slightly skim the ball but it wasn’t enough to stop Cole’s shot. This goal remains one of England’s most amazing World Cup goals of all time.

Manuel Negrete’s goal in the 1986 tournament has to be one of the most amazing goals ever scored at the World Cup. But because it happened in the same tournament as the Hand of God and the Goal of the Century, it was somewhat forgotten.

Negrete showed insane talent when Mexico faced Bulgaria in the Round of 16. After receiving a pass from midfield and completing a one-two, he hit the ball perfectly. Negrete’s goal was a scissor kick volley and the image of the Mexican striking the ball mid-air has been immortalized.

This is undoubtedly one of the most amazing World Cup goals of all time, the absolute finest of Mexican football. You can follow the nation’s progress in Qatar on 888sport.