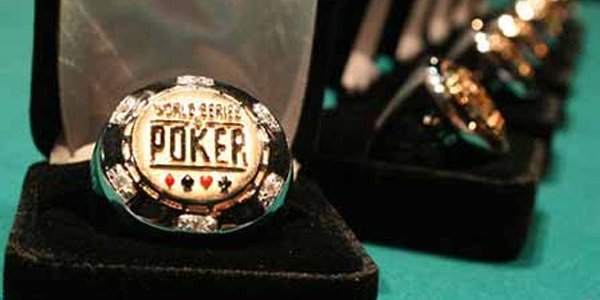 During this year’s WSOP three past winners will be celebrating special anniversaries of their successes.

Next Tuesday, May 27th, will see the 45th annual World Series of Poker commence at the Rio All-Suite Hotel and Casino in Las Vegas, in full compliance with the American gambling laws. Thousands of players will be participating in the ultimate competition for the most prestigious prize in poker – the WSOP bracelet.

Moreover, hundreds of thousands of poker enthusiasts all over the world will compete against each other at online poker sites in the United States and elsewhere in a long list of qualifiers for the Main Event. The pinnacle of the Series will once again put several millions in the prize pool, and the one that beats them all will become an instant millionaire.

Last year, a 23-year-old Ryan Riess has climbed the ranks to become the champion. The young player has had quite a success in recent time. Starting out as a Michigan State University student enjoying casual games at American poker rooms, he went on to become a runner-up at the 2012 WSOP Circuit Hammond main event, and the ultimate dream of any poker player: WSOP main event champion in 2013.

While WSOP main event is certainly a dream come true for any player, there are some, who will enjoy the 2014 series the most. For a select group of Main Event champions this year marks great WSOP anniversaries. Let’s take a closer look at why this tournament is different.

Yes, it has been 25 years since the legend of poker, Phil Hellmuth, beat the field and took the WSOP main event title. He has been a 24-year-old student from Wisconsin during the 1989, and certainly no one expected him to win that year. Moreover, he managed to deny Johnny Chan, another legend, his third title in a row that year.

After his first WSOP bracelet, Phil has turned into one of the most renowned poker players in history. He now holds the record of 13 WSOP bracelets, and is certainly participating in the memorable event this year.

Here are some quotes from the man himself: “It seems to me that it is a year of big dates for me. Right now, I’m sitting on 100 WSOP cashes, and one more final table this summer would be my 50th. My 50th birthday is this summer, my 25th wedding anniversary is coming up, and of course, my 25th anniversary of winning the main event. Oh my goodness!”

When journalists approached Hellmuth to ask which of his bracelets held the most meaning for him, he had a very hard time picking one. Check out the surprising choice he has made: “Obviously, winning the main event in 1989 was significant, but winning the WSOPE event was the first time that the public got to see me play, and they got to see me doing things that they hadn’t seen any player do before. The WSOPE might have been the best tournament I played in my life.”

But the path to recognition was not without thorns for Hellmuth. With all his poker success, he is yet to capture the elusive WSOP Player of the Year title. His heart was broken three times when he came second in 2006, 2011, and 2012. However it seems that Phil doesn’t really give much significance to this particular achievement.

Here are his words on the subject: “Honestly, I don’t think about Player of the Year. I just show up and play. I’m a bracelet hunter and that’s what it is all about. Now, winning Player of the Year is sweet. I mean, it’s a great validation.”

Despite a disappointing 2013 year, Phil Hellmuth is confident he is ready as ever to take home more bracelets this year. He said: “This year, I spent a month in L.A. where I played a lot of mixed games and a lot of no-limit hold ’em tournaments. It is a matter of putting in some time and effort. I think that I’m really ready. I’ve done my homework, and I’ve put in the work and effort to do well.”

Greg Raymer has put his name on every poker player’s lips back in 2004, when poker as a game was experiencing its second boom, which is still going strong. 2004 saw the WSOP main event registrants number cross the four-digit mark for the first time in history, jumping from 873 the previous year to 2,576.

The event was staged at the Binion’s Horseshoe, which certainly hasn’t expected so many poker players to show up. Raymer himself recalls: “Usually, most of the tournament was held upstairs in Benny’s Bullpen. The Horseshoe would take out a whole section of slot machines downstairs near the poker room for overflow. In 2004, it was the first time they ever had a Day 1A and Day 1B.”

Raymer would have nothing to celebrate today, had the 2004 main event been cancelled. In order to accommodate everyone the poker tables were being placed anywhere possible at the Horseshoe. A row of tables created a fire hazard, which wasn’t really welcomed by the local fire marshal.

“They had put a bunch of poker tables in an emergency exit aisle,” recalls Raymer. “The fire chiefs showed up and said they had 15 minutes to clear these tables out or they would shut down the casino.” But thankfully the casino staff headed by tourney director Matt Savage, were quick enough to resolve the issue, and the poker tourney went on to see Raymer winning.

Since his win back in 2004, the “FossilMan”, as Raymer is usually referred to, has enjoyed more success at the WSOPs. The poker pro has made five more WSOP final tables, including a very memorable third-place run at the 40th anniversary $40,000 event.

Raymer has also had great success on the Heartland Poker Tour. He has set a record winning four events in a row, which allowed him to take the HPT Player of the Year.

Depending naturally on the 2014 WSOP schedule, Raymer is expected to compete in a variety of events this year. But one of the events will certainly make his schedule: the 2014 WSOP main event. He commented about this year’s participation: “If I’m not in the main event, I’m either incapable because I’m too sick or I’m dead.“

After Riess took the last year’s event, he became the second poker player from Michigan during the last five years to do so. What makes Joe Cada’s win in 2009 extra special, is the fact that he managed to come back from only three blinds to overpower a pretty hard final table featuring such names as Phil Ivey, Jeff Shulman, and Darvin Moon.

Here’s what the man himself had to share with the media: “Time flies. I can’t believe it’s already been five years. It seems like yesterday. It’s still a very vivid memory for me.”

And of course there’s more to the Joe Cada’s win than meets the eye. Phil Hellmuth has held the record of being the youngest WSOP champion for 19 years. He had his record smashed in 2008 by a 22-year-old Peter Eastgate, and in 2009 Joe Cada has broken it again setting a new one: 21 years 11 months of age.

Joe Cada went on to capture his second live tournament title in 2012: the $2,150 no-limit hold ’em at the PokerStars Caribbean Adventure. Nowadays, Cada is enjoying online success, where he got his initial start and education.

Naturally he is still present at major live events, and there is no greater challenge for him than the WSOP. Over the past five year in Vegas, Cada has made three final tables that included a runner-up finish in 2012 and two fourth-place finishes in 2013.