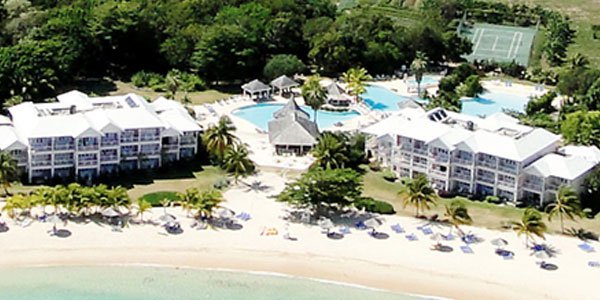 The Spanish-owned parent company is Melia Hotels International. The renamed Melia Jamaica Braco Village is currently owned by the National Insurance Fund (NIF), who signed a 15-year lease agreement with Melia, to operate the property.

Differences with the Palladium

Kosvogiannis revealed that his country manager post was created so he could oversee the planned expansion of the Jamaican holdings for a casino gaming operation. However due to a falling out with the government, over a tender, he left the Spanish owned Palladium.

Two years earlier, Palladium had a US$300m project to add another 805 rooms to its Hanover Property, in Western Jamaica, famous for its golden sandy beaches, worldwide. The Point property which boasted already 1,056 rooms made a bid to get one of the three casino licenses to be issued by the Jamaican Government.

However, before the license could be granted, Palladium withdrew its request. This is because in December 2013, the Ministry of Finance, in accordance with Jamaican gambling laws, imposed an ‘integrated development order’ on the Palladium, before it would issue license.

He lobbied, asking the Caribbean island’s government to review its rule. This proved unsuccessful, which left Kosvogiannis deeply frustrated. He argued that ‘it is unreasonable for investors to commit the required capital outlay without any assurance that the investor would receive the casino license at the end of the process”.

Kosvogiannis decided to accept the exciting opportunity of developing his career with the Melia group which he describes as “the largest resort group in the world”. The hotel company, ranked 16th in the world, is the proud owner of some 400 hotels.

The new general manager of Melia declares that he was “grateful for the experience Palladium has provided” while fully throwing himself in the renovation plan for the Braco resort. Its predecessor, which boasts 225-room, is situated in the popular tourist parish of Trelawny, in the Cornwall county of Northwest Jamaica and was the first to make its grand entrance, into the Jamaican market.

Although Melia Jamaica Braco Village is set to open only in June, the hotel already boasts a 90% occupancy rate which will predictably only go down by 10% in autumn 2015. The property will offer 24-hour room service and gastronomy will be provided by five ‘la carte’ restaurants.

All-day buffet and beach bar amenities, which are regular features of all-inclusive hotel in the paradisiac island, will be built. A beach grill station, piano bar, duty-free shops, and all-day entertainment which will include land-based and mobile casinos on the premises are also in the making.

Melia Jamaica Braco Village will have the capacity to receive 550 guests. 50% of the rooms will have seaside views and access. In addition to that, the Braco property will feature luxury offers, similar to what was being offered at the former Ritz-Carlton luxury property in Montego Bay.

The Melia brand is well-known for an architecture that can be described as ‘emotionally inspiring’ As though just being in the island was not tantalizing enough, the Spanish chain wants the ambience at the new hotel to be as enticing as possible, from the moment the guests walk in.

Although Kosvogiannis dreams of a hot summer opening, it may be pushed back if the court hearings between contractors and NIF over a pension fund issue prolong.