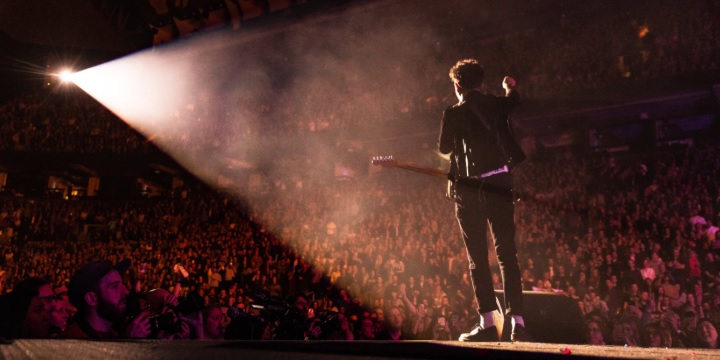 The countdown to 2019 ARIA Awards is on, with winners from all categories to come out on November 27. According to the 2019 ARIA Awards betting predictions, Song of the Year category is likely to be hotly contested. There are 10 artists vying for the honor, but Tones and I will likely win for her record-breaking “Dance Monkey”.

All the winners of the 33rd ARIA Awards will be revealed at the Star Event Centre in Sydney on November 27. They will receive the awards by the host Guy Sebastian who won four ARIA Awards from 27 nominations. Among the coveted awards, Song of the Year will be watched closely, as the fans will vote for their candidates.

Online sportsbooks in Australia consider Tones and I the frontrunner, leading with a tally of eight nominations in all categories. Tones and I has only debuted in February, but she is rapidly becoming Australia’s most prominent new pop artist. According to 2019 ARIA awards betting predictions, the top challengers are Amy Shark for “Mess her Up”. In addition to  Hilltop Hoods “Leave Me Lonely” and Dean Lewis “7 Minutes”.

Dance Monkey by Tones and I has hit No. 1 in many countries

Tones and I is at the age of 19 and her real name is Toni Watson. She rose to international fame in March with the release of her hit single Dance Monkey. Her single reached No. 1 in several countries, including Australia, the UK, New Zeland, and South Africa. Besides, “Dance Monkey” achieved the number one spot on the ARIA Chart.

Many think it is officially the year of the breakout artist Tones and I, with her catchy tune. Therefore, she received eight nominations, and she leads at 22BET Sportsbook with 1.37 odds to win Song of the Year. She is also the frontrunner in the Best Female Artist category (1.3), Breakthrough Artist (1.14), and Best Video (1.28).

Online gambling sites in Australia expect Tones and I to face a strong challenge by several hit artists including last year’s ARIA Awards stars. Dean Lewis who won Best Video in 2018 enjoys a value of 13 at 22BET Sportsbook to win the Song of the Year. Also, Amy Shark who won four awards last year is back in the nominations with 7.5 odds to pick up Song of the Year.

The Australian hip hop favorites Hilltop Hoods received seven nominations. Their single “Leave Me Lonely” has peaked on No. 11 at ARIA Chart. As per our 2019 ARIA awards betting predictions, Hilltop Hoods might have a great value to win the Song of the Year with 15 odds.