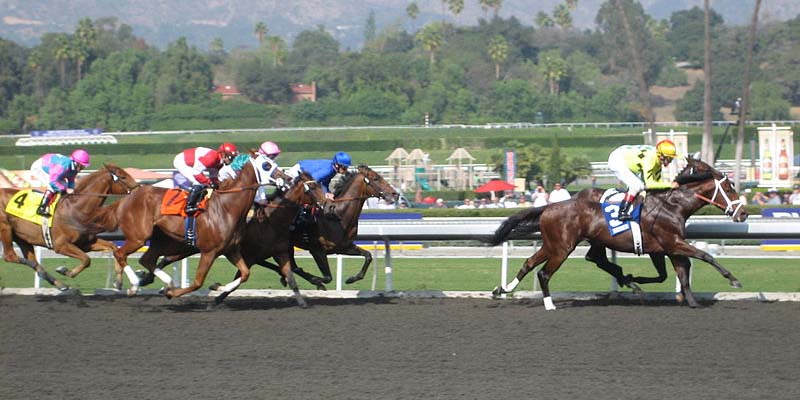 Image source: The Javelina from The Suburbs of Angels, USA / CC BY-SA via Wikimedia Commons

The Breeders’ Cup is one of the most prestigious races in the United States. As its name highlights it’s only for the finest Thoroughbred horses. The act is a battle between the world’s most famous trainers and breeders. Our 2020 Breeders’ Cup predictions picture that race will be decided between the two famous companies, the American Gary & Mary West Stables Inc and between the British Deryl.

The Breeders’ Cup is quite a new event under the authority of the Breeders’ Club. The Club exists since 1982 and the first cup they organized was in 1984. The main purpose behind the race was that Junior R. Graines (who established the act) wanted to refresh the image of horse racing in the US. Back then, he didn’t have too many supporters. But when John Nerud and a couple of world-class trainers started to support the newish race system, it became way more popular than it was expected. Now it’s one of the most anticipated events in the world of horse racing, according to the online sportsbook news in the US.

Even if the race will only take place in November, at the Keeneland Race Course, there are a few online gambling sites in the US that created wagers on the event. By the way, in the reflection of the current pandemic, it wouldn’t be a surprise if that would be the first happening held with an audience. If you like ante-post betting, don’t hold your horses.

The Gary & Mary West Stables Incorporation is a well-known American breeding family. This year they have been qualified for the Breeders’ Cup with a young but tough horse, Maximum Security. As you can see in the table below, his betting odds at the 22BET Sportsbook are 5/1. With that multiplier, he leads the odds list. Even more, as the most potential horse with American origins, he is also the favorite of the audience. With his 4 years, he counts as a fully grown thoroughbred, however, a more experienced and older equine like Benbatle can cause a serious headache to Jasin Servis, his trainer from West-Virginia.

Darley is probably the biggest breeding company in the world. They are training and trading horses in the UK, the US and also in Australia. Their chosen one for the 2020 Breeders’ Cup is Benbatl, from their British facility. While the other breeders usually racing with their most promising young talents, they are qualified with a 6-year-old mount. Even if his stats are not the best, he has been competing in more difficult races. Thus, our 2020 Breeders’ Cup predictions expect that despite that he is only the second on the odds list with his 8/1, this year’s trophy will go to Darley.

The Peter E Blum Thoroughbreds Llc is a smaller breeder company in the US. To be true, their horse is my favorite this year. Authentic is a 3-year-old thoroughbred with unbelievable stats. What makes his odds super-tall is his young age. He has 16/1 odds value at the 22BET Sportsbook. Also, this is a very important race for his whole team, since they never obtained the Breeder’s Cup trophy. If Authentic can achieve victory this year, he will be the most promising equine of our century. What also makes him a potential shoo-in according to the 2020 Breeders’ Cup predictions is that his trainer is Bob Baffert, who had trained more equines who won the Triple Crown, the most prestigious title in the American horse-racing.

In summary, even if his odds are extremely high a bet on Authentic can be a rewarding wager. However, if you trust 22BET’s oddsmakers you should choose Benbatle since he is the most experienced horse in the scene. A bet on Maximum Security can be a sensible decision as well but despite that he has the shortest odds, his times are worse than the others’. What makes him favored by the betting odds is that he will ride on home ground since he had the most opportunity to practice on the Keeneland Race Course.