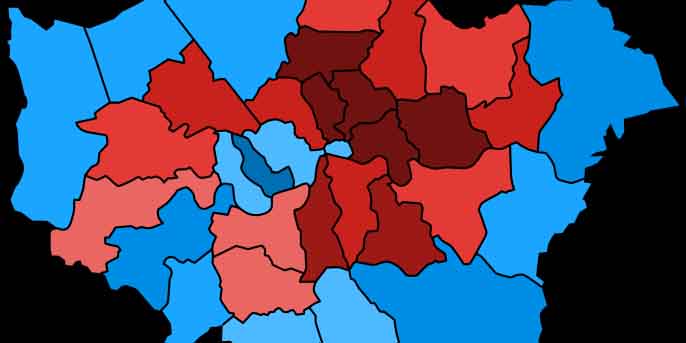 London politics is bustling with news as Brexit deals are being hampered and the 2020 Mayoral elections draw near with each passing day. The contest between the candidates is a close one with 2020 London mayoral election betting odds proving that it will be a tough competition. Sadiq Khan is seeking a second term as mayor after being elected in 2016 as the first Muslim mayor of London. Closely following him is Rory Stewart, who is the latest addition in the race. Siobhan Benita, Shaun Bailey, and Sian Berry are among the list of contenders.

While Brexit dominates the news world in the UK, voters are preparing for an upcoming election in May 2020. Being the mayor of London is no easy job and entails a list of duties that need to be performed meanwhile having the general public support. The range of responsibilities includes economic development, transport, housing, planning, and controlling a budget of almost £17 billion each year. Let us look at the top candidates for the upcoming position.

Khan became the Mayor of London in 2016. The appointment of Khan, lead people to believe that the UK’s politics is diverse and progressive. As the first Muslim mayor of London, Khan became popular instantly. Along with the humble background story, Sadiq Khan is a passionate politician. The labor party candidate had 44.2% votes in favor.

However, Khan too had to face the backlash from either the unsatisfied voters or opposition’s criticism. Sadiq Khan has profusely been able to project London as more inclusive than ever before; he has not been able to tackle issues like transport and the knife crime wave in London.

Despite the negative feedback, the current mayor of London is leading the odds on bet365. Online gambling sites in the UK have Khan in favor of being re-elected with odds at 1.40.

Rory Stewart has recently withdrawn from his constituency in Penrith soon after his resignation from Tory. The ex-conservative has taken a separate approach and walking around London in hopes to interact and learn about the general public. Rory walks is one of the trending hashtags on social media and there are several videos circulating of the 46 years old making small talk with passersby.

Stewart certainly has experience being in the leadership of the Conservatives Party. He aims to confront the very issues that seemingly are in neglect by Khan. While announcing his candidacy, he took a moment to talk about, affordable housing schemes, climate change, and the notorious knife crime.

Stewart stands as an independent candidate and has impressive odds of 4.50 at bet365.

The new challenger from Conservatives is Shaun Bailey. Shaun has an equally humbling background as Sadiq Khan. Bailey was the co-founder of the youth charity, My Generation. The charity focused on helping the youth with financial and social. Unfortunately, the charity closed in 2012 due to a lack of funds.

Bailey has a strong affiliation with the army cadets with whom he worked for 10 years after joining in his teenage years. Bailey comes from a tough neighborhood which consequently focuses his campaign on issues regarding families and social responsibilities.

Shaun is unarguably one of the favorites to win the London Mayoral elections with odds of 21.00, according to the online sportsbooks in the UK.

Benita is a former civil servant who has a rather impressive record in the Department of Transport. In the previous workplace, tackling local government and environmental issues has prepared her for the elective seat.

Siobhan has been garnering popularity among the masses due to her promise of legalizing cannabis. While that caters to a minority, it has certainly got people talking about her, Hence she supports odds of 8.50 at bet365.