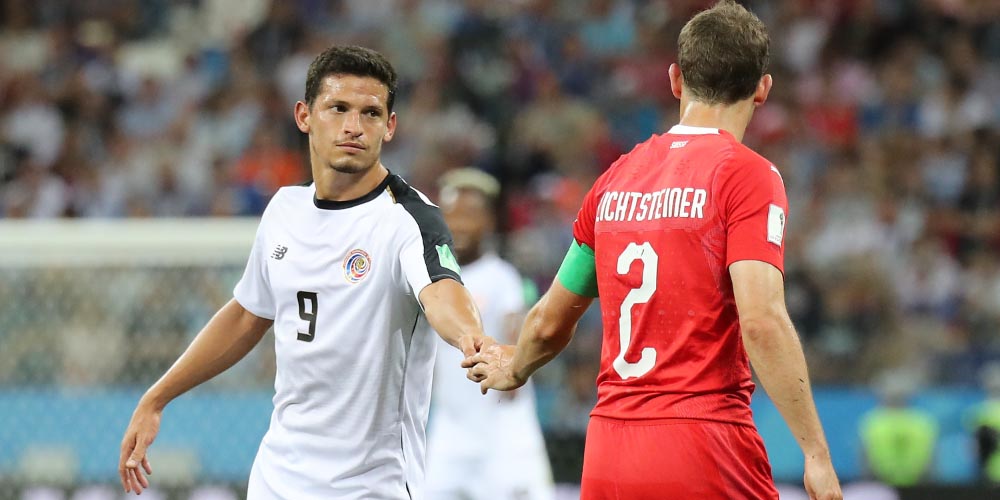 Team Captain will have to lead his nation all the way to UEFA Euro 2020. Image source: Антон Зайцев [CC BY-SA 3.0 GFDL] / Wikimedia Commons

On November 15, four teams from Group D will be able to change the situation in the standings. Whilst Denmark will be getting its 3 points in the parallel match against Gibraltar, the other pair from their group will fight for a chance to qualify for Euro 2020. Learn Switzerland vs Georgia betting predictions to know who is more likely to succeed.

At the current stage, Switzerland occupies the 3rd place in Group D with 11 points. It is just one step behind Danish and Irish teams that share the leadership with 12 points each. Therefore, the Swiss have a really good chance to fight for the group stage in case of victory.
[suggested_topics title=’UEFA Euro 2020 betting tips’ topics=’141151′]

The situation with Georgia is far more complicated. With its 8 points, the team can’t qualify to Euro 2020 as the match with Switzerland will be their last this year. Even in case of victory, the team fails to outrun Group D toppers. However, it can still spoil the Swiss party, so let’s learn about this possibility.

The Swiss lead the Switzerland vs Georgia betting predictions

According to online sportsbooks in Switzerland, its national team is the favorite of the match with 1.18 odds on its victory. The Group D third-place holder has outplayed Georgia during the previous Group stage match in March. Then the competition ended with a 0:2 victory of the guest team, so it is reasonable that Switzerland will take over again. Moreover, the Swiss show themselves as a stronger team than their rivals. They managed to win 3 matches during qualifying and have lost only one. At the same time, Georgia was defeated more often than awarded – three losses vs two victories. Therefore, the odds of its victory on November 15 are 19.00 at 1xBet Sportsbook.

However, a tie is also a possible result of the Switzerland vs Georgia match. Odds of 8.10 show that the teams can make it peacefully and earn one point each. This scenario is possible but not too desirable by the Swiss.

Switzerland vs Georgia betting predictions on a total score

As the Swiss lead the best odds at 1xBet Sportsbook, it is reasonable to predict the number of goals they will score. Sportsbook analysts show the three most possible total score outcomes on the match between them and Georgia. The first and the best one indicates that Switzerland vs Georgia competition will end with a 2:0 score. This variant has the lowest odds to bet on – 4.50. Another probable option would be betting on the Swiss to win 4:0. This impressive result doesn’t sound impossible if taking into account 8.00 odds at online gambling sites in Switzerland.

Finally, the latest predictions touch upon a 0:0 draw to end the match between the two rivals. By Switzerland vs Georgia betting predictions, this scenario has 9.80 odds to come true. Considering that a tie was foreseen to be the second possible outcome of the match, a goalless draw won’t surprise somebody.