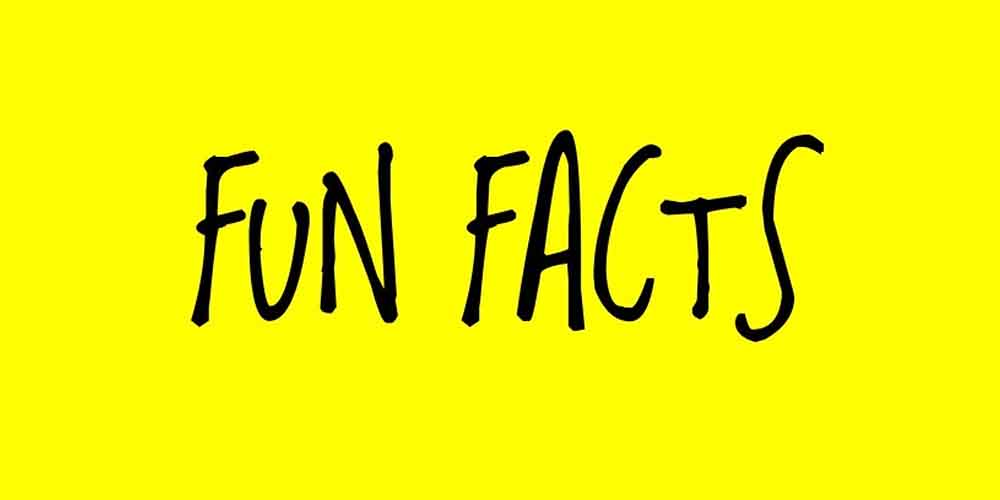 On July 23, the XXXII Summer Olympic Games opened in Tokyo (Japan). Despite the postponement of the competition, they retained the name of the 2020 Olympics. By the decision of the International Olympic Committee and the Japanese organizers of the Games, all branding for 2020 will remain on souvenirs, clothing, logos, TV graphics and even Olympic medals – they have the inscription Tokyo 2020 engraved on them. We have collected 2020 Tokyo Olympic fun facts about the most unusual games in modern history.

Tokyo won the right to host the Summer Olympics on September 7, 2013. The Japanese capital was ahead of Spanish Madrid and Turkish Istanbul in the voting. Initially, they planned the competition to take place from July 24 to August 9, 2020. However, on March 24, 2020, the International Olympic Committee (IOC) announced that due to the situation in the world, the Games were postponed for a year. While for marketing purposes they decided to keep the official brand of Tokyo 2020. Previously, Tokyo hosted the 1964 Summer Olympics for the only time.

The grand opening of the Games took place on July 23. Although the first competition began two days before the official ceremony. Leaders from about 15 countries and international organizations visited Japan to attend the event. Among them are French President Emmanuel Macron and US First Lady Jill Biden. Let’s find more 2020 Tokyo Olympic fun facts.

The competitions are held at 42 venues. 28 of them are located within an 8 km radius of the Olympic Village. A total of 339 sets of Olympic medals are played in 41 sports. At the 2020 Games, the Olympic debut of karate, rock climbing, surfing, and skateboarding took place. Previously, these sports were not at the Olympic level. After a twelve-year hiatus, baseball, which was first officially debuted at the Games in 1992, returns to the program. As well as softball, which they presented last time in Beijing in 2008. The program of the Olympic Games in Tokyo includes 33 sports, uniting 50 disciplines. 1xBET Sportsbook is a great choice to bet on these sports.

The owners insisted on including these sports in the Tokyo 2020 program. In traditional sports, spectators will for the first time see the Olympic competitions in basketball 3×3, BMX freestyle. As well as mixed relay races in swimming and athletics, mixed team competitions in judo, triathlon, and archery. A  total of about 12.5 thousand athletes from more than 205 countries participate in the Summer Olympics. The largest team (613 athletes) represents the United States. The German national team has 430 Olympians. Check out the online sportsbook sites in Japan to bet on your favorite Olympic team. And stay tuned for more 2020 Tokyo Olympic fun facts. The online sportsbook news in Japan states that the youngest participant in the Games will be 12-year-old Syrian Hand Zaza. Zaza competes in table tennis. In March 2020, she became the winner of the West Asian Olympic qualifying tournament held in Amman, Jordan. In the final fight, Hand Zaza, who at that time was 11 years old, defeated 42-year-old Lebanese representative Mariana Sahakyan. The oldest athlete is 66-year-old Australian Mary Hannah. She will compete in equestrian sports. Mary Hannah has previously competed at the Olympic Games five times.

On March 20, 2021, they announced that foreign spectators couldn’t visit the Olympic venues during the Games. And that the organizers would return the money for the tickets they bought. Initially, they decided that up to 10 thousand foreigners, as well as Japanese citizens, will be able to watch the competition from the stands. Due to the worsening situation, the competitions in the prefectures of Tokyo, Kanagawa, Saitama, and Chiba people can observe through TV broadcasts.

The National Olympic Committee (NOC) of Russia sent 328 athletes to the Games. Due to the sanctions of the World Anti-Doping Agency (WADA), the Russian team will play at the Summer Olympics in Tokyo and the Winter Games in Beijing in 2022 under the abbreviation of the Russian Olympic Committee (ROC). The Russian team can’t use national symbols in uniforms, as well as the flag and anthem of Russia. If the Russian athlete wins the Games, they will perform a fragment of Pyotr Tchaikovsky’s Concerto for Piano and Orchestra No. 1.

So these were 2020 Tokyo Olympic fun facts. Make sure you also read our article about the 10 incredibly tempting Olympic facts.

And don’t forget to place your Olympic bet on 1xBET Sportsbook.