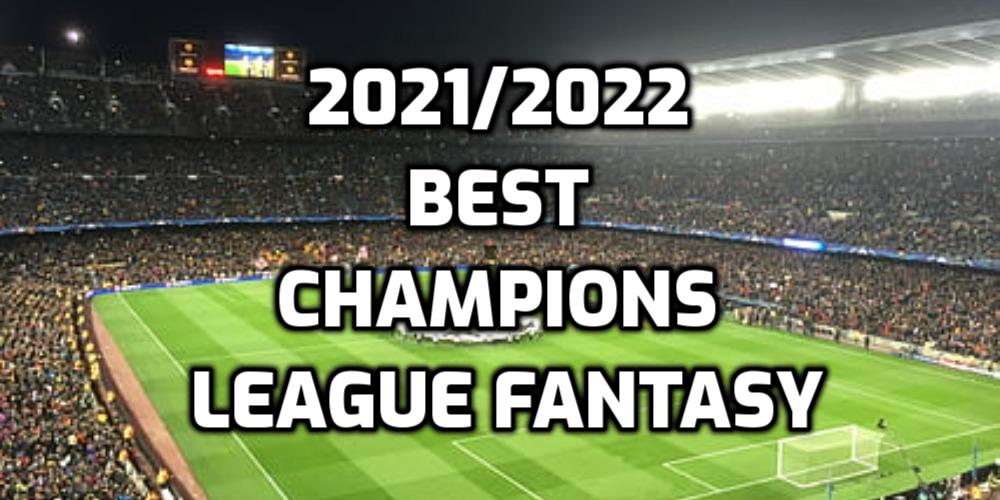 Additionally, we also let managers in on the best midfielders for UCL fantasy this season. Now, we’ll inform managers on the best Champions League fantasy forwards to pick for the 2021/2022 season. This way, they can build the ultimate squad on FanTeam with the top UCL DFS picks.

Before we let you in on the best Champions League fantasy forwards to pick, let’s go over the UCL fantasy rules. At this time, fantasy managers on FanTeam have a €100.0 million budget to build a team of 15 players. From these 15 players, managers can only recruit three Champions League fantasy forwards. Without a doubt, picking three forwards won’t be an easy task. However, with our recommendations for the top UCL DFS pick for forwards, your job as a manager will be a little easier.

This time around, Erling Haaland will be on most if not all of the UCL fantasy managers’ wish lists. Last season, Haaland of Borussia Dortmund was the UCL top scorer and overall was a force to be reckoned with.

What’s more, Erling Haaland recorded more UCL fantasy points (62) than any other forward last season. So far this season, he’s showing no signs of slowing down and has already scored 11 goals in all competitions.

Although Haaland comes with a hefty price tag (€11.0m), there’s no denying that he will be a great investment. This season, another premium top UCL DFS pick is Kylian Mbappé €10.5m). All in all, Mbappé always brings his A-game when it comes to scoring crucial Champions League games for Paris Saint Germain. Now, with the arrival of Lionel Messi, it’s likely that Kylian Mbappé will have more goal scoring opportunities.  This means that he will likely rack in crucial fantasy points for assists and goal scoring.

Previously, we revealed the best premium Champions League fantasy forwards to pick this season on FanTeam. Although these top UCL DFS picks are expensive, it is worth investing in at least one premium option.

However, there are also great Champions League fantasy forwards that you can invest in at a fraction of the cost. What’s more, these mid-priced picks can also add value to your team on the best UCL DFS sites. One of the most attractive mid-price attacking options this season is André Silva (€9.0m). Last season, Silva scored an impressive 28 goals for his former club Eintracht Frankfurt in the Bundesliga. Now, according to the online daily fantasy sports news in the EU, he’ll be looking to make a bigger impact for his new club Leipzig in the UCL. Another player from the same price range that could rake in crucial UCL fantasy points this season is Memphis Depay.

The new Barcelona striker proved that he’s a force to be reckoned with at the EURO 2020. During this time, he also proved to be a top-class striker and caught the attention of many UCL fantasy managers. What’s more, with an €8.5m price tag, Memphis Depay, whose performance is scarily similar to that of many premium options, is a steal.

Top UCL DFS Picks For Forwards On a Budget

First, AC Milan player Olivier Giroud is one of the top UCL DFS picks for affordable forwards this season. So far, the former Chelsea forward has started the season off on a positive note in Serie A with two goals in three appearances. What’s more, with a €7.0m price tag, it will be difficult for fantasy to ignore Giroud on FanTeam. Lastly, Lassina Traoré (€7.0m)is another perfect affordable fantasy forward to complete your team. The new Shakhtar Donetsk player wasted no time when getting settled into the new.

Almost immediately, Traoré made a name for himself in his new club after scoring five goals in his first six games. That being said, he’ll be another force to be reckoned with on the online daily fantasy sports sites in the EU. For more information on FanTeam, one of the best UCL DFS sites, be sure to read our review about FanTeam.