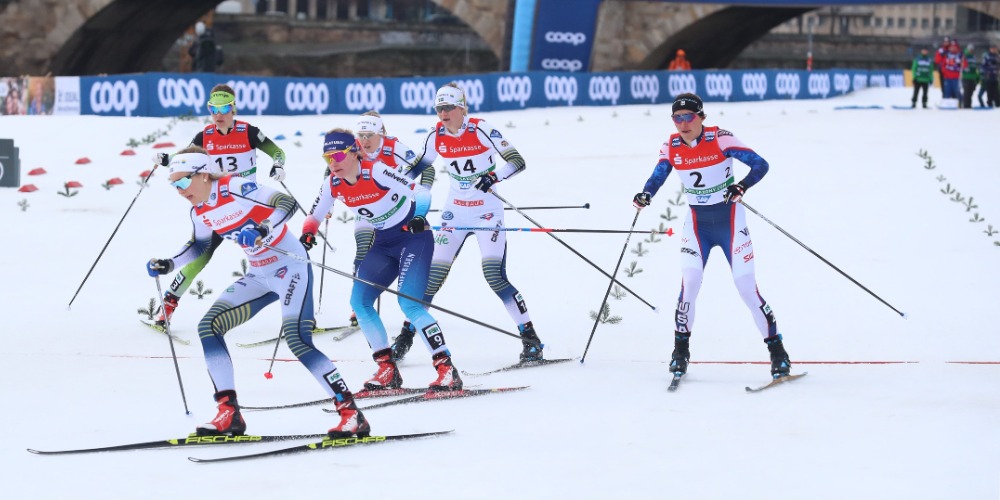 The new, 2021-22 FIS Cross-Country season will start this weekend with the Nordic Opening. Which is held in Ruka, Finland between the 26th and 28th of November. In the men’s sprint event the world and Olympic champion Johannes Hosflot Klaebo is the main favorite. While the 2021/22 Cross-country World Cup Ruka predictions favor Theresa Johaug to win in the women’s classic 10km race.

The new Nordic season will start again in the Finish resort of Ruka, which will host several disciplines in the opening weekend. From the Nordic combined events to cross-country races. In the latter, three events will be held both in the men’s and women’s world cups, starting with the sprint races. Norwegian Eric Velnes won last year the men’s classic sprint race here. Ahead of his compatriot and nine-time world cup winner Johannes Hosflot Klaebo. Last year Klaebo only finished 8th though in the sprint world cup after missing several races in the season. Now it will be interesting to see if he can get back to the top. Just like Theresa Johaug, who is a 7-time world cup winner but finished only 5th in the distance world cup due to the same reason.

At the moment we can only bet on the match-ups in the sprint races on online sportsbooks in Finland. But it still offers a great variety of skiers to bet on from Johannes Hoesflot Klaebo to the defending Sprint World Cup winner, Federico Pellegrino. Klaebo is in pair with another Norwegian, Erik Valnes who won the sprint race here last year. But his odds to finish ahead of Klaebo this weekend is still quite high, 2.75. Even though Valnes won the silver medal in last year’s World Championship and finished second in the 2020 Sprint World Cup.

Now he can be one of Klaebo’s biggest rivals along with the Russian skiers, Alexander Bolshunov, Ivan Yakimushkin, and Alexander Terentev. Bolshunov is a two-time overall World Cup winner and the world champion in 30km skiathlon. But probably sprint is his weakest point in the disciplines. Terentev finished eighth in the sprint world cup last season and can perform well again. He is favored against Finnish athlete Lauri Vuorinen in the 2021/22 Cross-country World Cup Ruka predictions. But another Russian skier, Sergey Ustyugov has the smaller odds on 22Bet to finish in a better position than Terentev.

Johaug is Favored in Classic Race

In the women’s 10km classic race Therese Johaug is the main favorite. Who will surely try to win the overall title again for the fourth time in her career. Last year she only finished 9th in the overall standings after missing several races. But she did win the 2020 Nordic Opening in Ruka. Now online gambling sites in Finland offer the smallest odds, 1.168 for her victory in the classic 10km race. Johaug also won this event in this year’s World Championship confirming she is still in top form. Swedish Frida Karlsson is one of the few skiers who managed to challenge Johaug on a few occasions.

Like in Ruka last year when she finished second behind the Norwegian in the 10km classic race. The 22-year-old skier also won the silver in the world championship and has the odds of 5.85 to win the race now. Her compatriot, Ebba Anderson finished second in the Distance World Cup last season and third in the Overall World Cup. She can also fight for the win here. But her odds are much higher, 14.00 to do so. Interestingly the defending world cup champion, American Jessie Diggins has only the odds of 351.00 to win the first race this season. Which seems a bit harsh for the only American Overall World Cup winner in the sport’s history.