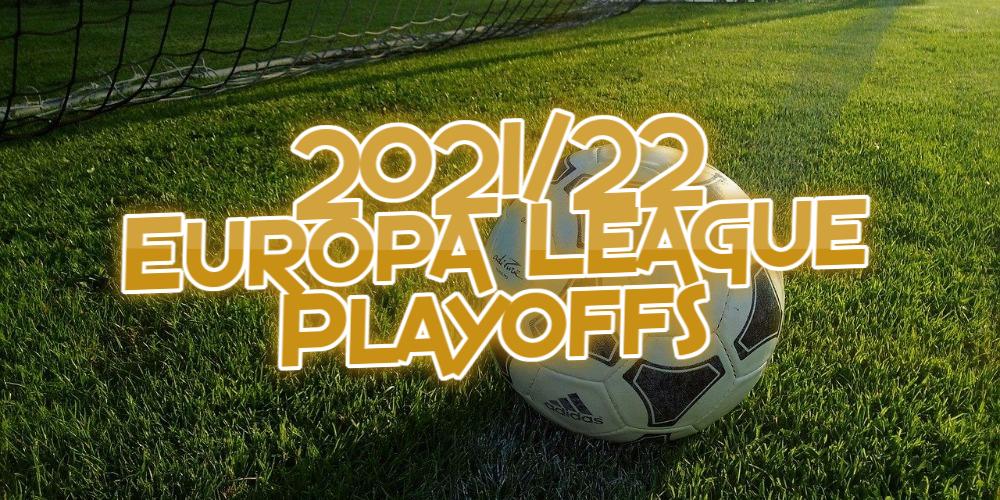 16 teams are fighting for a place in the 2021/22 Europa League round of 16 to join the eight winning teams of the group stage. One of the biggest matches is expected between Napoli and Barcelona where any result is possible after a 1-1 draw. Just like the Lazio vs Porto or the Real Sociedad vs RB Leipzig ties according to the 2021/22 Europa League playoffs predictions.

Runner-ups from the 2021/22 Europa League group stage face teams from the Champions League in the knockout playoffs. The winners of these ties will advance to the round of 16 and still have a chance of winning the cup. We can find such top teams in these ties as FC Barcelona, who appear in this tournament for the first time since 2004. Along with Europa League specialists Sevilla and German top clubs, Borussia Dortmund and RB Leipzig. But their opponents are not easy either, and can easily knock them out. Scottish champions Rangers are on a way to do that after defeating Dortmund 4-2 away. But Barcelona will have a tough job as well against Napoli after a 1-1 draw at the Nou Camp.

Let’s start with the biggest game of the round, Napoli vs Barcelona. The Catalans couldn’t win at home last week even though they had lots of chances by Ferran Torres. But the new signing from Manchester City missed all of them, making his team’s job very difficult now. As they have to defeat Napoli away this Thursday in order to advance through, which surely won’t be easy. In spite of winning against Valencia confidently on Sunday in their last La Liga match. If Luciano Spalletti’s team can show another solid performance against Barcelona, they can get the win with the odds of 2.55 to do so. But Barcelona’s odds for the win are almost the same with 2.62.

Another Spanish team, Sevilla are in a much better position after winning 3-1 at home against Dinamo Zagreb. Julen Lopetegui’s team has won this tournament a record six times. So it’s no surprise that online sportsbooks in Spain offer the smallest odds, 6.00 for their next cup title. A bigger task is ahead of the 2011 winner, Porto who will visit the home of Lazio after a 2-1 home win. The Italian team has the odds of 2.15 to get the win but they need to win by two goals in order to qualify. Meanwhile, Atalanta will play against the Greek champions, Olympiakos after a 2-1 home victory as well. The 2021/22 Europa League playoffs predictions favor Gian Piero Gasperini’s team to get the win in Athens as well. In spite of their poor form in Serie A and losing against Fiorentina at the weekend.

RB Leipzig has been playing much better in recent weeks and moved to fourth place in the Bundesliga. But they couldn’t win their game against Real Sociedad in the first leg of the Europa League playoffs and ended with a 2-2 draw. Now Domenico Tedesco’s team has to perform at the Anoeta Stadium against Real Sociedad. Online gambling sites in Spain favor the home team to get the win with the odds of 2.45. But Leipzig’s chances are not hopeless with the odds of 2.75. Real Betis are also predicted to get the win against Zenit St Petersburg after defeating the Russian team 3-2 away.

One of the tightest games is expected though between Rangers and Borussia Dortmund after the German’s unexpected 4-2 loss at the Westfalenstadion. Marco Rose’s team has been in great form and stands in second place in the Bundesliga. But Rangers played much better in the first leg against Dortmund and could have won with an even bigger margin. Surprisingly their odds to win at home are worse (4.33) than the German’s odds (1.70) on bet365. Experience, quality, and a returning Erling Haaland can be in the favor of Dortmund, but Rangers can still go through. Just like Braga which suffered a 2-0 defeat in the home of Sheriff Tiraspol. The Moldovan team has already defeated Real Madrid and Shakhtar Donetsk this season and can qualify for the next round with even a 1-0 loss though.