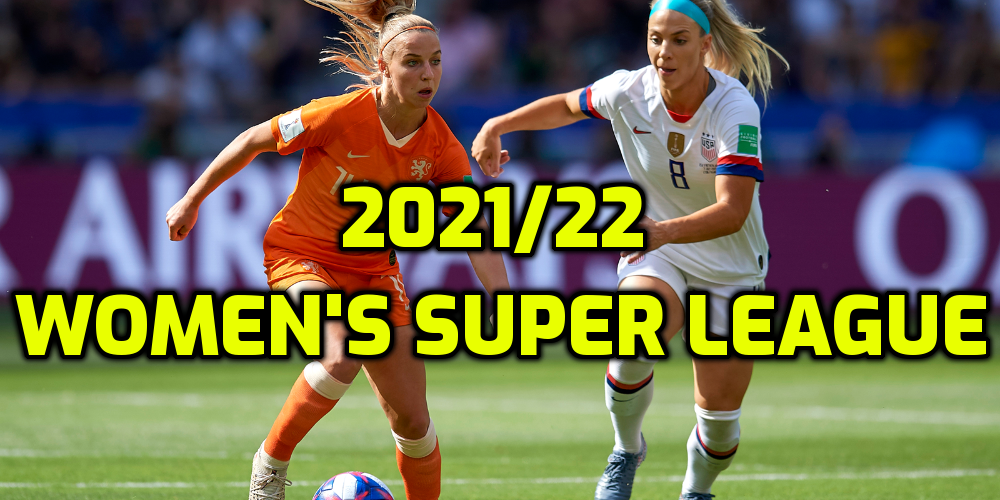 The top-tier of women’s football in England, the now called Women’s Super League started in 2011. It replaced the former league called FA Women’s Premier League National Division. The number of teams increased from eight to twelve in the 2019/20 season. While the league also moved from the summer to a traditional, September to May date. Chelsea is the most successful club with four titles ahead of Arsenal and Liverpool. The Blues are also the defending champions after winning last season’s championship two points ahead of Manchester City. We might see a similar tight competition in the new season. Where even more teams can fight for the title and the top three finishers.

Online sportsbooks in the UK offer the same odds, 2.25 for the victory of the two biggest clubs, Chelsea and Arsenal. As we mentioned, Chelsea won the title last season. And also in the previous season which was cut short. Now Emma Hayes’ team will try to continue their winning streak in all tournaments. The Blues also compete in the Champions League where they finished as the runners-up last season.  With the group stage starting next week, their schedule will get busy. But their main rivals, Arsenal are in the same situation after qualifying to the top 16 teams.

Chelsea’s squad remained almost the same with Fran Kirby, goalkeeper Ann-Katrin Berger, and the captain, Magdalena Eriksson all staying. Plus the sister of Reece James, young forward Lauren James also joined the team. Meanwhile, the three-time champions Arsenal also tried to strengthen their squad. They signed the English striker Nikita Parris and Japanese Mana Iwabuchi who already scored three goals this season. The Gunners also have a new manager in Jonas Eidewall who worked at Swedish Rosengaard before. But the key player of the team can be Dutch Vivianne Miedema again after scoring 10 goals for her national team at the Olympics. With this new line-up, Arsenal has a real chance of winning according to the 2021/22 Women’s Super League predictions.

Chances of the Manchester Teams

Manchester City was close to Chelsea last season. And to winning their second WSL title after their victory in 2016. Now Gareth Taylor’s team can try again to finish ahead of everyone with the odds of 5.00 to do so. There was a big movement at the club in the summer. US players Rose Lavelle and Sam Mewis returned to the States but several new players also arrived. Like Khadija Shaw from Bordeaux and Vicky Losada from the Champions League winner Barcelona. They also signed Ruby Mace from Arsenal and Haley Raso from Everton. While English international Lucy Bronze is set to return from her injury.

Online gambling sites in the UK don’t expect any other team to win the championship. As the next team, Tottenham, have much higher odds of 67.00 to become the champions. Spurs only finished 8th last season but they started this season with three wins. Including a victory against Manchester City, so they can’t be underestimated either. Just like Manchester United who have the odds of 101.00 on bet365 to get their first title. Marc Skinner took over the manager position from Casey Stoney who led the team to the top tier two years ago. This is only the third season of the club in the WSL so they might need more time to be a real title contender. But the Red Devils can get some crucial wins against the top three and finish in a Champions League qualifying place.