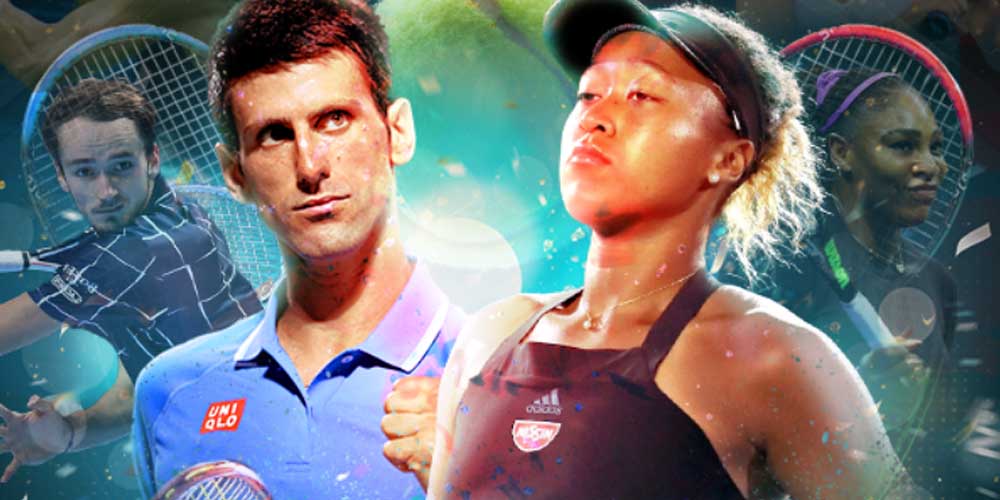 Finally the 2021 Australian Open has begun this week after a three-week delay with odds being available for all matches. You can bet on the winners of the games or the whole tournament. We collected these odds on some of the biggest sportsbooks where one thing is common. Novak Djokovic is the top favorite to win the men’s tournament in the 2021 Australian Open odds. While Ashleigh Barty and Naomi Osaka are head-to-head in the women’s singles outright odds.

The 2021 Australian Open has started on the 8th of February with the finals taking place next weekend. It is one of the first major sporting events where fans can be present and support the players from the spot. Surely it will be a fantastic feeling for everyone and can give some extra power to the players during the tournament. We can still find the same names in the main favorites to win the men’s and women’s singles on the biggest betting sites. You can find below who they are and their odds on bet365, 1xBet and 22Bet.

There is only a minor difference between the outright odds on our selected betting sites. With all offering the smallest odds (2.10 and 2.05) for the victory of Novak Djokovic. The Croatian superstar can win his 18th Grand Slam title in Melbourne now where he has already got 8 tournament wins. The world No1 is the defending champion after winning against Dominic Thiem in last year’s final. Djokovic also won three ATP Tour events and got to the final of the 2020 French Open. Though he lost there against Rafael Nadal. But he started this Open in superb form after knocking out French Jeremy Chardy in three straight sets.

Online sportsbooks in Australia including the above mentioned sites offer  Daniil Medvedev the second smallest odds (4.75 and 4.00) to win his first Grand Slam title. The Russian player was close to his first victory in 2019 when he played in the US Open final. But lost there eventually against Rafael Nadal. Even though last season Medvedev was struggling most of the time, he managed to find  his form at the end of the season. As  he won the Paris Masters and the ATP Finals. Medvedev also led the Russian team to victory in this year’s ATP Cup which explains his high position in the favorites.

Meanwhile last year’s finalist Dominic Thiem and world No2 Rafael Nadal have almost the same odds on 1xBet and 22Bet. While bet365 prefer the 2020 US Open winner Austrian in their 2021 Australian Open odds.

In the women’s singles tournament current world No1 Asleigh Barty and defending Australian Open champion Naomi Osaka are the top favorites. They have almost the same odds (5.40 and 5.50) on 1xBet and 22Bet to win the title this time.  At the same time bet365 offer the same chances for them in their outright odds.

Barty reached the semi-finals of last year’s tournament but lost there against future champion Sofia Kenin. After the break of the sport she decided to skip the rest of the season and only came back to competing this year. Her return went quite well though after winning the Yarra Valley Classic last week. Third-seed Naomi Osaka won the Australian Open in 2019, which was her second Grand Slam title. She can get her fourth title now after also winning the 2020 US Open last September. But since then the Japanese player hasn’t competed either so it’s not easy to predict her current form.

Williams and Halep can also fight for the title

Of course, online gambling sites in Australia and everywhere else in the world mention Serena Williams in the top favorites. The American star can win her 24th Grand Slam title and equal the record of Margaret Court’s record. But Williams hasn’t won any Grand Slam singles title for three years now even though she reached their finals on four occasions. But we all know that Serena is capable of winning and will try to get her 8th Australian Open title.

While world No2 Simona Halep can win her third GS title in Melbourne. She had a great last season after winning 3 WTA titles but she couldn’t get the same results in the major tournaments. Now the Romanian player has another chance to win the trophy after getting to the final in the 2018 Australian Open.