2021 NPB Predictions Points That the Bird Is the Word

News >2021 NPB Predictions Points That the Bird Is the Word 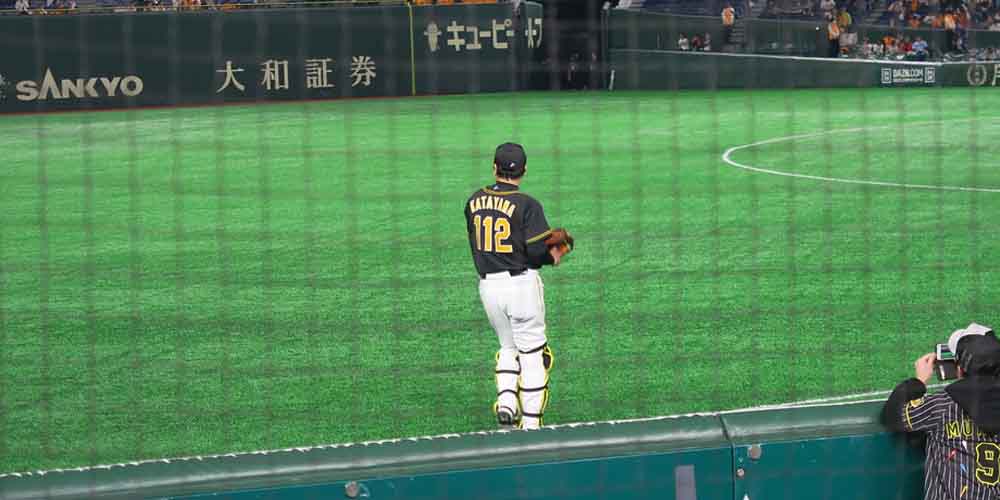 According to the 2021 NPB predictions forecast the finals will be decided between Fukuoka SoftBank Hawks and Tohoku Rakuten Golden Eagles.

Claim 22BET's 100% match bonus up to €122. 18+. New customers only. Valid for 7 days. Wagering requirement is 5x in accumulator bets. Minimum deposit €1. General T&C apply.
Claim Bonus22BET Sportsbook review
Japanese baseball is popular all around the globe. Even more, the annual Nippon Professional Baseball season is probably the most important event for the online gambling sites in Japan. The organization first season happened at the beginning of the 50s and kept its league structure with the 12 teams (excluded Rakuten).

As the season is still running and anything can happen, online sportsbooks in Japan offer quite tall odds even on the most potentials. The current betting market on the final champion will close on the 26th of May. Place your bets till the multipliers in the skies. Or, you can wager on the matches day by day if you stay tuned with 22BET.

The past years were ruled by the birds. Tohoku Rakuten Golden Eagles and Fukuoka SoftBank Hawks are the top baseball teams of the scenes. While Hanshin Tigers, Yomiuri Giants, and Saitama Seibu Lions are just behind them based on the stats. The 2021 NPB finals are far away,

Based on the Betting Odds Nothing is Decided Yet

If you take a glimpse at the table below, you can see that the Hawks and the Eagles are leading the odds neck by neck. Both their multipliers are 3.5 at the 22BET Sportsbook. Both their statistics are also promising. Even more, the Tigers with their 4.0 are also potential shoo-ins. But in fact, Giants, Lions, and even the Swallows have a chance. However, the current statistics show that

The Tigers had a snappy start this season. However, the Hawks’ and the Eagles’ aggressive play-style will surmount the based on the statistics on the online gambling news in Japan. On the other hand, if any injuries happen or a single mistake is made by the Hawks or the Golden Eagles, their defensive strategy will likely achieve them the victory. The Tigers are leading the Central League by every means but will this be enough to surmount the Pacific Teams? No one really knows yet…

If you believe in miracles, or just like tall-odd wagers we also have a suggestion.

While Yakult’s players are running fantastic statistics, it seems their lack teamwork. However, if they start to focus they can make a fascinating comeback. Their odds are 13.0 according to 22BET.

The other participant who has super-high odds and a slight chance to win NPB in 2021 is Lotte. They have 16.0 multipliers at the 22BET Sportsbook but they’re the third-best team in the Pacific League. To be true, even if they are absolutely in the top 5 teams they have a really small chance to beat SoftBank, and Rakuten who are sitting on the top of their league. Still, if you are not afraid of a little venture, both the Marines or the Swallows are promising choices.

In summary, if you want to place your bet based on the NPB 2021 predictions you pick Fukuoka SoftBank Hawks or Tohoku Rakuten Golden Eagles.