These Are the BAFTA 2022 Best Picture Odds

News >These Are the BAFTA 2022 Best Picture Odds 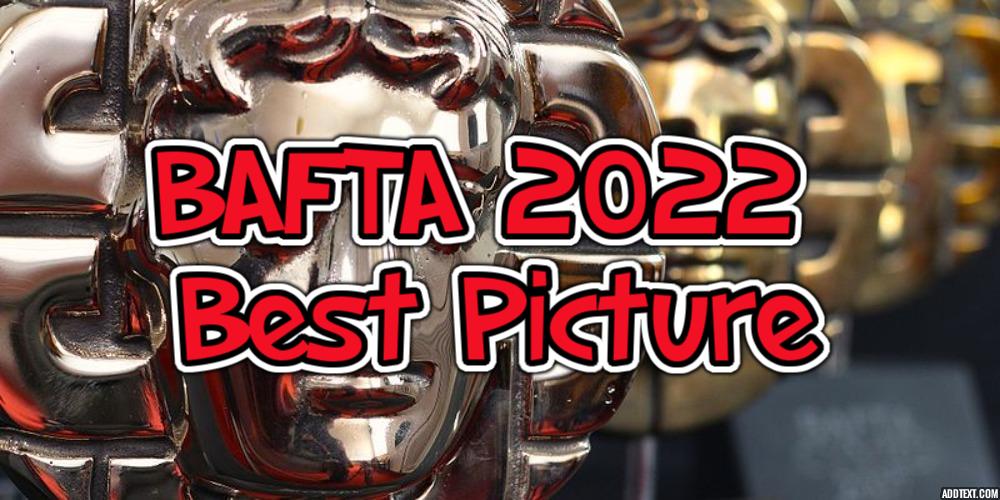 Are you ready for the 2022 BAFTA Best Picture odds? Well, don’t hesitate as BAFTA is just a few weeks ago! The BAFTAs are the most prestigious film awards in the United Kingdom. The British Academy of Film and Television Arts is in charge of them. The Academy of Motion Picture Arts and Sciences was founded in 1947 by a group of British film producers to develop and celebrate cinema, television, and video games. The Academy is a non-profit organization, and the Queen and the Duke of Edinburgh decided to donate royalties to it in the early 1970s. It has about 7,500 members and once a year hosts the film awards. So keep tuned and find out the Best Picture odds and then visit 22BET Sportsbook to bet!

On the list of the probable winners, we have “The Power of the Dog”. It’s one of the best-reviewed movies of 2021. This western-themed film had its world premiere at the Venice Film Festival and went on to be a huge hit. It is still available on Netflix, and it’s getting a lot of positive feedback. It’s a type of western-style family drama. It’s tense and full of unspoken emotions. The plot revolves around two brothers, Phil and George Burbank, who share a ranch.

They each have their own sense of obligation and ideas about what masculinity entails, but they also have certain similarities. How different the two brothers think is one of the movie’s highlights, and it’s ultimately what makes the ranch functioning. George is the businessman with a sensible mind, while Phil is the one who truly understands how to operate on the ranch. When they meet Rose, a widow who subsequently becomes George’s wife, the film becomes more complicated. Phil despises her and believes she married his brother for financial gain. Rose is terrified of Phil, and in order to live, she becomes an alcoholic. She also has a son who is studying to be a doctor and eventually becomes friends with Phil.

Their connection is similarly complicated, and we can’t tell whether the boy played a role in Phil’s death when he dies in the end. As a result, the film is fascinating and striking, with all of the unstated emotions and relationships. It will undoubtedly win several accolades, so don’t pass up the chance to double your money! According to the online sportsbooks in the US, it has its winning odds at 1.57. With that, the movie has the highest odds at the BAFTA 2022 Best Picture Odds. It’s also the frontrunner for the Critics Choice Awards. Furthermore, it has really good odds to win at the Oscars too. Do you need any more reason to bet on it?

“Belfast” With High Odds Could be Easily Win Too

The second on the list of the 2022 BAFTA Best Picture Odds we have “Belfast”. This movie is nominated for most of the biggest film awards. The film combines a fictitious memoir with a coming-of-age narrative. Kenneth Branagh’s film is a real masterpiece, with a strong chance of winning Best Picture at the next Academy Awards. It was based on his personal life and his experiences growing up in Northern Ireland. It’s also the start of a 30-year battle in Northern Ireland, so the film touches on it as well. The film is fantastic, gorgeous, and awe-inspiring to see. The black and white tone also gives off a retro vibe.

Furthermore, it brings us to think of the Oscar-winning film “Roma” from 2018. Overall, “Belfast” is endearing, amusing, and smart. We get to experience 1969 through the eyes of a youngster. Ciaran Hidds portrays his grandpa, and Jamie Dornan plays his father. Hidds is ideal for the character of “Pa,” and he considers himself fortunate to have been a part of the director’s own tale. The two performers are superb in their respective parts, and their performance is just stunning. We get to observe the lovely and brilliantly presented family dynamics and ties. According to 22BET Sportsbook, the winning odds of “Belfast” is at 3.00. With that, it’s really close to “The Power of the Dog”. So don’t miss placing your bets in time!

“Dune” Is Third at the 2022 BAFTA Best Picture Odds

Next up we have a sci-fi that’s been the biggest hit in that category. Yes, your bets were right, it’s the “Dune”! It’s not a surprise to see it on the list of the 2022 BAFTA Best Picture odds. Knowing that it’s even nominated for Best Visual Effect on the Oscars, people predicted it’ll get nominated at the BAFTA. And with winning odds at 6.5 it might just win Best Picture. Well, according to 22BET Sportsbook it’s the third most probable winner. It’s a huge movie with a large cast and a big plot, and it’s only the first of two parts.

“Dune” is based on Frank Herbert’s novel of the same name. Also worth noting that this isn’t the novel’s first adaptation. Dino De Laurentiis and David Lynch released the first one in 1984. Denis Villeneuve wonderfully visualizes those situations in his newest film adaptation of the novel. It’s based on a screenplay he co-wrote alongside Eric Roth and Jon Spaihts. “Dune”.

As many of you are aware, is set in the distant future. When humanity has advanced in many scientific fields while also evolving in many spiritual ones. The people in this scenario do not live on Earth. In a power maneuver, we don’t completely appreciate, for the time being, the imperial family of Atreides is tasked with ruling the desert world of Arrakis. Which creates “the spice” and exposes off-worlders to a variety of dangers. Overall, with all of the future elements, it’s a really intriguing and thrilling novel. It’s a must-see for everyone who likes science fiction or good movies in general. Do you think it can win the Best Picture at the 2022 BAFTA Awards?

If you visit online sportsbooks in the US, you’ll find that Licorice Pizza also has good odds. Being one of the nominations, it’s one of the best movies of 2021. It has its winning odds at 29.00 and can easily win. It’s also one of the frontrunners at the upcoming Critics Choice Awards. The film is really fantastic; it’s amusing, unique, romantic, and the acting is superb. “Licorice Pizza” is a coming-of-age narrative in a way. It is set in the 1970s and tells the narrative of a teenage love affair.

It’s lighthearted, simple, and emotional. To be honest, it’s the type of film that you can’t help but like. The film is set in the San Fernando Valley, which is lovely and full of potential. Anderson gives us the land through his eyes, and he does so with such love and passion. The narrative isn’t particularly intricate, but that isn’t the goal. What matters are the two main characters, who are on the cusp of maturity yet still love life, and who regard life as a place where anything may happen. We get to witness them just playing about, which is just amazing. The main protagonists are played by Alana Haim and Cooper Hoffman, and this film might be their big break into Hollywood. Why not bet on the movie? It’s one of the best movies on the list of the 2022 BAFTA Best Picture odds.

“Don’t Look Up” Is Also One Of The Nominated Movies

“Don’t Look Up” is a sardonic comedy with a sense of humor. Katie, played by Jennifer Lawrence, is an astronomy graduate student, and her lecturer, Dr. Randall, is played by Leonardo DiCaprio. They make an incredible observation of an asteroid that has the potential to destroy the Earth. They attempt to warn people about what is about to happen, but no one pays attention. Then try to tell the president, who is represented by Meryl Streep, but she, too, refuses to take any action to solve the matter. The two of them also go live on tv when they know this asteroid would kill the Earth if nothing is done to stop it, but no one listens.

To summarize, the narrative is a blend of humor and satire directed at contemporary society. The cast, with all of the major stars, is what makes the film outstanding. DiCaprio, Meryl Streep, Cate Blanchett, Ariana Grande, Jennifer Lawrence, and even Kid Cudi can be are in the film. At the same time, it’s amusing and tragic. Overall, this is one of the year’s biggest hits, and it’s now available to watch on Netflix.

According to 22BET Sportsbook, the winning odds of the movie is at 41.00. So it’s potentially on the list of the 2022 BAFTA Best Picture odds. What’s more “Don’t Look Up” also has some Oscars nominations this year. One of those is the Best Original Screenplay category, don’t forget the odds for that too!