Are You Ready for the 2022 BAFTA Best Animated Feature Odds?

News >Are You Ready for the 2022 BAFTA Best Animated Feature Odds? 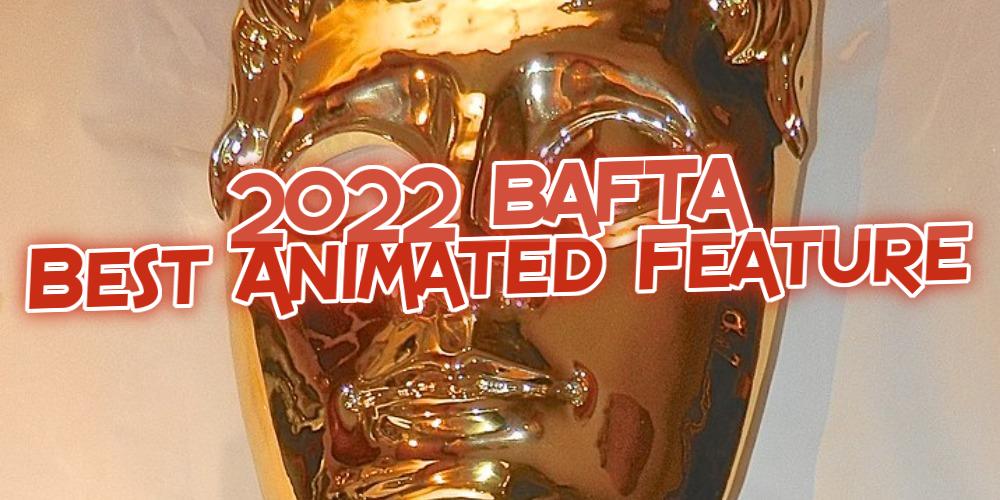 Ready for the 2022 BAFTA Best Animated Feature odds?  BAFTA is just a few weeks away! The British Academy Film Honors (BAFTAs) are the country’s most prestigious film awards. They are overseen by the British Academy of Film and Television Arts. A group of British film producers created the Academy of Motion Picture Arts and Sciences in 1947 to promote and celebrate cinema, television, and video games. In the early 1970s, the Queen and the Duke of Edinburgh chose to give royalties to the Academy, which is a non-profit institution. It has roughly 7,500 members and hosts the film awards once a year. So keep on reading to find out the Best Animated Feature odd!

We can say that “Encanto” is most of the most beloved animated features of 2021. It has nomination for even the Oscars and the Critics Choice Awards as Best Animated Feature. So seeing it on the list of the most probable winners of the BAFTA is no surprise. If you visit the online sportsbooks in the US, you can see that it really has the highest odds. With odds at 1.53, it’s very probable that “Encanto” will win in this category. The film tells the tale of a remarkable Colombian family. It’s a magical, realistic story that astonishes us. The narrative depicts a family who survives a calamity, and each generation thereafter has magical abilities. The family members have abilities such as weather control, animal communication, and shapeshifting into other individuals.

As a result, she struggles to fit in with her family and seeks out her own way. In the narrative, we learn about Mirabel and her magical family, as well as how she saves them. Overall, this film is amazing and absolutely charming. It’s a lot of fun because to the fantastic animation and design. So why wouldn’t you put your money on it to win the award? It’s endearing and enchanting at the same time. If you are looking for the 2022 BAFTA best animated feature odds, don’t miss this one!

“Flee” is Second On The List With High Odds

“Flee” is one of the biggest hits in the animated features. It manages to create something very significant and important in an animated form. So no surprise that it’s the frontrunner according to 22BET Sportsbook. With odds at 4.00 it can easily win at the BAFTAs. What’s more it also has very good odds at other big movie awards. Even at the Oscars it’s nominated and is one of the frontrunners. It focuses on a significant event that affected millions of people. It discusses the events of the Afghan conflict, which began in the 1980s. As a result, it’s a combination of documentary and narrative. Jonas Pohen Rasmussen, a Danish filmmaker, directed the film, which depicts the life of Afghan refugee Amin. He is an Afghani who grew up in Afghanistan’s capital, Kabul. Because of the Afghan conflict, he had to flee his hometown.

His entire family became refugees, and he had to endure an extremely difficult life until eventually settling in Denmark.The animated film is a way to tell a story by Amin, who reflects on his life events. It’s both emotional and painful, as well as beautiful. We get to see Amin’s youth and how he fights to find his place in the world following a life-changing event. Rasmussen, the filmmaker, finds an extraordinarily engaging approach to draw us into the plot. It’s animation is also outstanding. No surprise it’s on the list of the 2022 BAFTA best animated feature odds. The movie has its winning odds at 4.00, according to 22BET Sportsbook. So do you need any more reasons to bet on it?

“Luca,” from Pixar Animation Studios, is among the films in this year’s list. Enrico Casarosa directed the film and written by Jesse Andrews and Mike Jones. The narrative of Luca Paguro is told in the film “Luca,” which is set on the Italian Riviera. He isn’t just any youngster; he is a sea monster that can take on the guise of a human when on land. Luca experiences a life-changing summer when he meets Alberto, who becomes his new closest friend, in this coming-of-age narrative. Furthermore, Albert turns out to be a marine monster. Throughout the summer, they have various adventures while attempting to keep their secret hidden.

The film is lovely and heartwarming, and it covers the complexities of acceptance, the necessity of friendship, and the freedom of being yourself. Despite the fact that the narrative might be predictable at times, the enchantment of the film rests in its simplicity. The film reminds you that larger isn’t necessarily better, and its most appealing aspect is the plot’s genuine feel. In addition, the animation is really incredible. It’s no surprise that it offers high winning odds, according to online gambling companies in the United States. Why not place a wager on “Luca”? With winning odds at 8.00 it can easily win!

“The Mitchells vs the Machines” Has The Same Odds As “Luca”

Check out the online sportsbooks in the US and you’ll notice that “The Mitchells against the Machines” has some decent winning odds as well. The film has as much chance of winning at the BAFTAs as “Luca”. With winning odds of 8.00, it certainly has a good chance of winning, and why wouldn’t you bet on it? A mash-up of a ’80s family road comedy with visions of a computer catastrophe tells the narrative. This Netflix animated film has a vintage vibe to it, yet it’s conveyed in a contemporary manner.

In the film, we see a lot of action, in a hyperactive fashion. It’s entertaining, and it’s one of the year’s most delightful animated films. Katie Mitchells, before going to film school goes on a last road trip with her family.. The fact that this is the day when machines begin taking over the planet adds to the complexity. As a result, the film is both a technological disaster and a family drama. It contains strong characters and a terrific sense of humor, as well as an engaging narrative. So it’s on the list of the best animated feature odds.