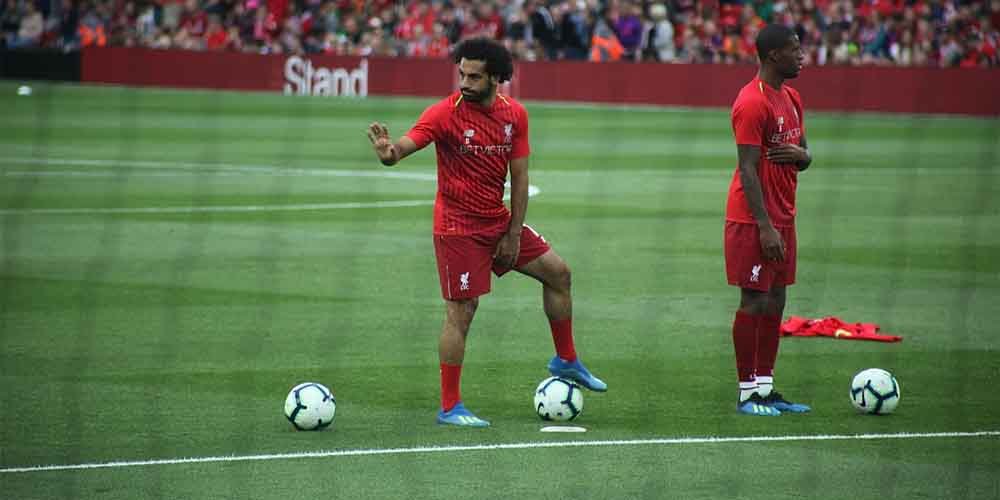 With the 2021/22 Premier League mid season approaching, a group of best scorers are distinguishing themselves from the rest. We discuss their performance and look into who will likely stay at the highest level until the end. To give a spoiler, Mo Salah and Jamie Vardy seem to stay in the lead, according to the best 2022 EPL top scorer odds.

By the end of the last season Harry Kane clinched the award with 23 goals. However, as online sportsbook news in the United Kingdom show, he somehow disappeared this season. Other great names have emerged leading the 2022 EPL top scorer odds. Mo Salah, challenged by Jamie Vardy, took the spotlight. Whereas, Mason Mount and Bernardo Silva have unexpectedly impressed at their clubs. Thus, if you wish to win big you may count on these four strong contenders.

You may read here below all about the strengths and weaknesses of our selected list of players. However, if you are interested in other 2021/22 Premier League special bets, you will likely get all that you need to know from our exceptional coverage.

When Salah won the golden boot in 2018, many argued that he was a one time wanderer. However, Salah opted to prove them wrong in the next year when he shared the prize with Sadio Mane and Pierre-Emerick Aubameyang. For this season he seems to be on the right track for winning a third award.

Salah scored so far 15 goals in the league, beating all other strikers. He is also strongly supported by Liverpool’s healthy campaign. Should everything go according to the plan, Salah has a great chance to remain dominant at the EPL all club top scorer list. Thus, you may choose him with 1.36 odds at Bet365 Sportsbook.

Jamie Vardy is Not Slowing Down

Many analysts at the best online sportsbook sites in the United Kingdom argue Jamie Vardy ages like fine wine. Thus, despite him advancing into his mid thirties, Vardy is not slowing down. He still has the speed and instincts to score.

In addition, Vardy remains Leicester’s leader upfront scoring thus far 9 goals in the Premier League. Will he be able to surpass Salah? That is a very hard task, but we definitely should not write Vardy off for the EPL 2022 golden boot. As for now, Vardy’s odds are 21.00 to win the award.

Cristiano Ronaldo Remains in the Mix

We can never rule out CR7 from competing for top individual accolades. That is in his nature, despite the setback Man United faces this season. In fact, Cristiano scored 7 goals so far, which are the most in his team and fifth most of all Premier League goalscorers.

Some say Cristiano lost a little bit of his athleticism, but his finishing and savviness to score are still there. We saw last season how Cristiano was able to score 29 goals in Serie A, winning the award. Despite that, Juventus handed over the title to Inter Milan. So, you may still choose him with 9.00 odds.

Romelu Lukaku Has Lost His Chance

Lukaku was depicted this summer as the signing to push Chelsea to win the Premier League. However, after a few months it seems that he lost his clinical edge. Not to mention, he suffered from a serious ankle injury which significantly harmed his first return season at Chelsea.

There are several great scorers at Chelsea who are delivering much better than Lukaku. Mason Mount, Jorginho, and Reece James have all scored more than Lukaku. Therefore, it is hard to see him becoming a serious contender at 2022 EPL top scorer odds of 41.00.

The English youngster Mason Mount remains in fine form under Thomas Tuchel, after receiving Chelsea’s player of the year award. Not only that but Mount is now Chelsea’s top scorer with 7 goals to his name. So, if you want to choose one Chelsea player to win the award this season, it has to be Mason Mount at 67.00 odds at the bet365 Sportsbook.

Another contender is Bernardo Silva (67.00) of Man City. He unexpectedly took over an impressive campaign, despite many thinking he would likely be on his way out of Man City last summer. So far Silva scored 7 goals and he will likely continue a great run given that the City are strongly competing for the EPL title.