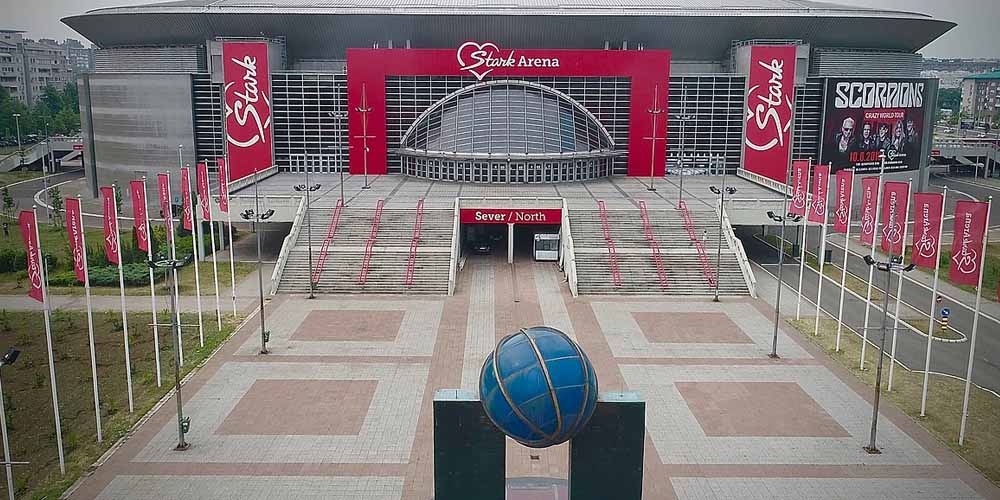 The best four teams will fight for this season’s EuroLeague trophy at the Stark Arena in Belgrade, Serbia between 19-21 May. The Turkish top team, Anadolu Efes is the defending champion and one of the final four teams again. The 2022 EuroLeague Final Four predictions offer very similar odds for all participants, but Barcelona are slightly favored ahead of the other clubs.

The 65th season of the top tier competition for European men’s basketball clubs, the 2022 EuroLeague will come to its end next week. The last remaining four teams will meet in Belgrade and play first in the semi-finals on Thursday. While the final is held on Saturday, the 21st of May. The two Spanish teams, Barcelona and Real Madrid will meet each other again in the first semi-final while Anadolu Efes will play against Olympiacos Piraeus in the other game. Anadolu are the defending champions after they defeated the Catalan team in last year’s final. But we can’t write off the other teams who are former multiple winners. What’s more, Real Madrid are the most successful club in the tournament’s history with their 10 victories. They got their last win four years ago, in the 2017/18 season. The Greek club has also won the trophy three times before and finished as a runner-up on five more occasions.

The two Spanish giants, Barcelona and Real Madrid will play in the first semi-final next Thursday. Online sportsbooks in Serbia favor last year’s runner-ups, Barcelona to win the match. They  offer the odds of 1.50 for their victory. The Catalan club has only won the title twice so far, in 2003 and 2010 and finished as a runner-up six more times. Now their aim is to win their third trophy and are favored to do so with the odds of 2.556. Thanks to their top-class players like Nikola Mirotic who was voted MVP in three rounds this season, Nick Calathes and Cory Higgins. The team won the regular season in the EuroLeague but it needed five games in the playoff against Bayern Munich.

Their next opponent will be their arch rivals, Real Madrid who have the odds of 2.584 to win the match in the 2022 EuroLeague Final Four predictions.  Real also have great players, of course. From former EuroLeague winners Sergio Llull and Rudy Fernandez to newcomers like Adam Hanga and Gabriel Deck. Surely they also want to enjoy some success with the club which started the season well but struggled at the end of the regular season. They won their playoff against Maccabi Tel Aviv confidently with 3-0. Now their fans are hoping for a similar performance against Barcelona. The two clubs have already met twice before in the Final Four, with Real winning both games. Real’s odds to win the trophy in Belgrade are higher though with 4.74.

Anadolu are favored to reach the final again

Anadolu Efes will play against Olympiacos Piraeus  in the other semi-final.  The Turkish club are favored to win the tie with the odds of 1.675 on 22Bet. The two clubs have met 44 times so far with 22 victories on each side. Efes won seven out of their last eight games. But they lost their last meeting this February in Greece. The Istanbul club is the defending champion after winning their first EuroLeague trophy last year. And they can still rely on last year’s players like Shane Larkin, Adrien Moerman or the top scorer of the season, Vasilije Micic. Just like on their head coach Ergin Ataman who led the club to victory last season. Efes only finished 6th in the regular season this year but won 3-1 against Milan in the playoff.

Olympiacos had a tougher tie against Monaco in the playoff which they only won in the fifth match. But the Greek club also has great players in its squad like former EuroLeague winners Kostas Sloukas, Kostas Papanikolau and Georgios Printezis. The team finished second behind Barcelona in the regular season and can look forward to another semi-final. Online gambling sites in Serbia offer the odds of 2.19 for their win against Efes, and rank them fourth in the fight for the title. But with lots of experience and their good form, Piraeus might surprise everyone and win their third trophy. Their odds to do so are 4.82.