Football is the most popular sport in the world without a doubt. The estimated number of its followers almost reached 4 billion in 2022. Apart from international tournaments, most of fans regularly follow local competitions too. What are the most watched football leagues with most viewers and the biggest influence? Here is the top-10.

There are plenty of football leagues in the world one can hardly count. Almost every country has at least one top-tier competition, but there are also leagues that are not even registered in national or international football authorities. However, it is still quite easy for every fan to name at least 10 popular leagues everyone has heard about. We have them ranked from the least-watched to the most. Let’s go!

Top-10 most watched football leagues in the world

Domestic football competitions are somethings that can unite the whole country, even though every local citizen supports different teams. Use online sportsbooks in the UK to bet on the EPL, La Liga, Serie A, but see where they have finished first.

The Primeira Liga or Liga NOS is the domestic top-tier competition in Portugal. Having been held for 88 years, it deserved a spot among the most-watched football leagues ever. On average, 3.5 million people follow Liga NOS annually with Benfica, Sporting CP, and Porto as the most popular clubs. All of them have more than 40.000 average visitors when the 4th place holder has only 16.000.

Major League Soccer or simply MLS is the US professional soccer league that is quite popular worldwide. It is also the youngest competitor on the list: the first match within MLS took place just 26 years ago. However, such a young age didn’t stop the league from holding the 9th place. According to the 2019 data, almost 1 million people were watching the final match, while their number reached 1.5 million in 2018. The decrease took place due to broadcast difficulties and has nothing to do with the league’s popularity.

The Primera División is a top-tier competition in Argentina and one of the most-watched football leagues. It is also one of the oldest competitions – its history had its roots in 1891. Since then, the Primera División has gained popularity and entered the IFFHS top-10 with the highest peak at #5 in 2015. Some Argentinian footballers are also among the most popular celebrities on Instagram. Can you guess who it is?

The Netherlands has one of the most-watched football leagues in the world which is called Eredivisie. As for 2022, 18 clubs take part in the competition with Ajax as the strongest and also the most popular club. An interesting fact: Eredivisie is one of the few domestic leagues that didn’t award a champion in 2020 and just canceled all results due to the pandemic crisis. It is quite a brave decision for the 7th most followed football league, isn’t it?

Campeonato Brasileiro Série A or simply Brasileirão is the country’s number 1 football competition. With a 45.000 average attendance, it is also one of the most popular leagues in the world. The overall attendance of the competition has varied from 5.5 million to 8 million during the last decade. The 2021/22 season of Brasileirão is in its full flow, so you can bet on it at online gambling sites in the UK. 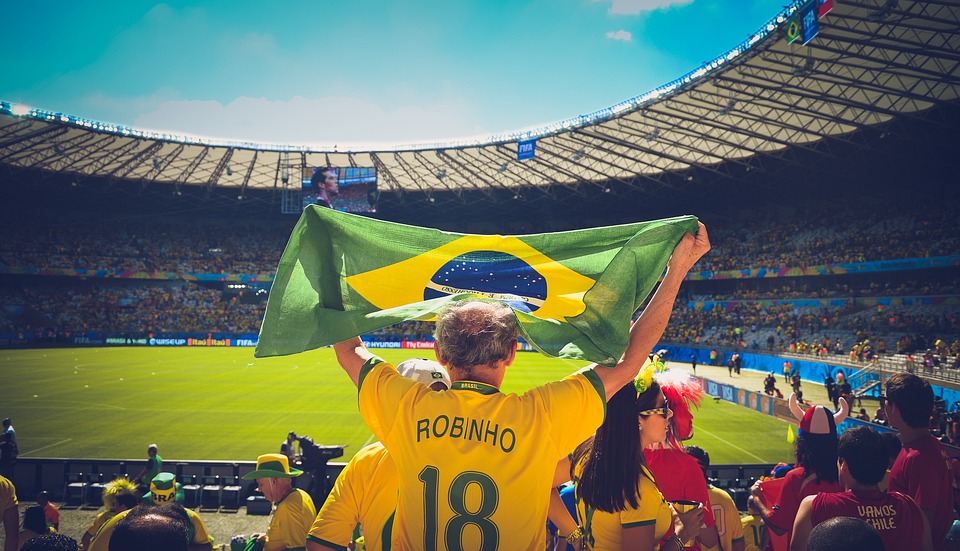 The French Ligue 1 opens the list of the top-5 most watched football leagues. With twenty clubs and 92 years of rich history, the league remains one of the most popular competitions both in Europe and in the world. The aggregate attendance of Ligue 1 is around 8 million with Paris Saint-Germain and Lyon as the top and most-known clubs.

Serie A in Italy has always been among the best-followed domestic leagues. Since 1898, it has been gaining popularity until it reached 8.5 million viewers. It isn’t a surprise for football fans who know that Serie A delivered the most top football players in history – 42, according to football editions. The popularity of the league has grown since Cristiano Ronaldo’s transfer to Juventus in 2018 and the return of the Milan vs Inter rivalry.

Is anyone surprised to see the Bundesliga in the top-3? The German top-tier football competition is one of the most popular domestic leagues in the world. However, most of its viewers are still from Europe. According to the 2022 data, more than 12 million fans follow the Bundesliga to watch a long-lasting rivalry between Borussia Dortmund and Bayern Munich. Unfortunately, Borussia fans left disappointed this season, as their rivals won their 10th consecutive title and 31st title overall.

Barcelona, Real Madrid, and Atletico Madrid are at least three reasons that make La Liga one of the most-watched football leagues ever. The Spanish major domestic competition is predictably high on the list thanks to 12 million aggregate attendance and more than 300 million followers on TV. The league reached its peak in the 2010s when the Messi-Ronaldo rivalry emerged making everyone argue about who is the GOAT. Although the popularity of La Liga hasn’t suffered much after Ronaldo and Messi’s leave, we already miss that time…

Undoubtedly, the English Premier League is the top football league in the world. It is the most followed domestic competition ever with the aggregate attendance of 14 million and more than 600 million viewers. Use Bet365 Sportsbook to bet on the next EPL winner after Manchester City. Liverpool leads the odds, so maybe the club will finally beat its rival in 2023. Don’t miss the chance to earn some cash on the most profitable football league in the world!