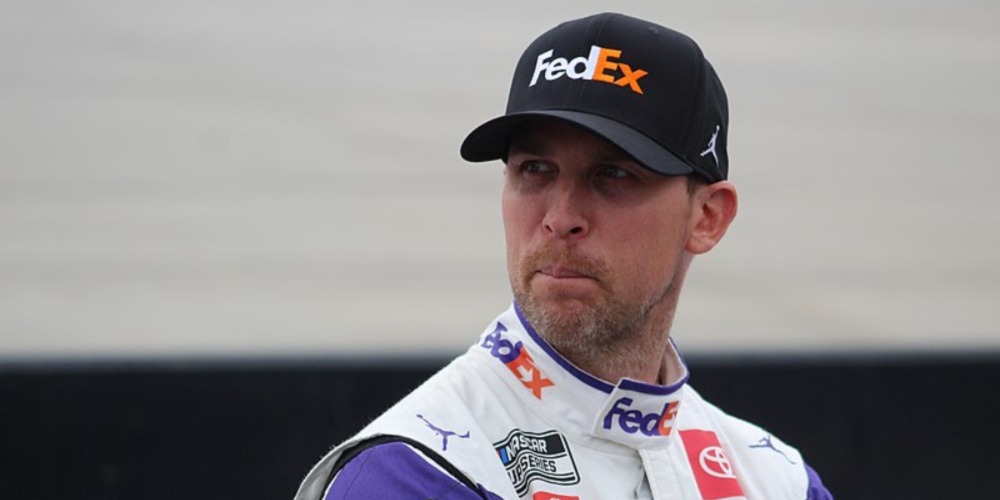 The 2022 NASCAR Cup Series visits the World Wide Technology Raceway this weekend in Madison, Illinois. It will be the first race held at the track so no drivers will have any previous experience of it. The 2022 NASCAR Enjoy Illinois 300 predictions mention the previous race winner, Denny Hamlin as the top favorite ahead of other top 10 drivers of the season. Including the current championship leader, Chase Elliott who didn’t get such good results in the last two events.

The World Wide Technology Raceway in Madison, Illinois will make its NASCAR Cup Series debut this season. The race which will be 300 miles and 240 laps long, replaces one of the two races at Pocono Raceway. With no previous winners or any experience, it’s not easy to predict the winner. But following his latest win at the Coca-Cola 600 race in Charlotte, Denny Hamlin is one of the top favorites. Along with the 2021 champion, Kyle Larson who is currently in 9th place in the championship. Which is led by the 2020 champion, Chase Elliott who will try to get his second win of the season following some recent poor results.

Denny Hamlin won the Coca-Cola 600 race last weekend in Charlotte. He became the second active driver besides Kevin Harvick to have won all three crown events: the Daytona 500, Coca-Cola 600, and the Southern 500. No surprise that online sportsbooks in the US favor him to win in Illinois as well. Even though he is still only in 17th place in the overall standings. The Joe Gibbs racing driver has had a very mixed season so far with two wins and one fourth-place finish. In all other events, he finished outside the top 10. What’s more, often outside the top 30. Now his odds to win again are +700.00.

The 2022 NASCAR Enjoy Illinois 300 predictions mention last year’s champion, Kyle Larson with similar odds, +800.00 to win the first race in Illinois. The Hendrick Motorsports driver started the season well and got the win in California. Then he got some weaker results but get back to form in the last few weeks. Larson was second in Kansas and ninth in Charlotte. Now he hopes to get a win again and move up in the table. We can find his teammate, William Byron two places ahead of him, in 7th place. Byron only finished 32nd last weekend. While his last good result is from Martinsville where he won the race. His odds to do the same now are also +800.00 on BetOnline.

Top-Form Drivers And Championship Leaders In Other Favorites

Kyle Busch finished second last weekend but he was agonizingly close to winning his second race of the season. The two-time champion has been in great form in the last few weeks. He finished in the top 10 on seven occasions out of the last eight races. With his latest podium finish, the Joe Gibbs Racing driver moved closer to the championship leader. Busch is currently in third place, 37 points behind Elliott. Online gambling sites in the US offer the odds of +800.00 for his win this weekend. The same odds are offered for another experienced driver, Martin Truex Jr. who is in fifth place on the table. He has shown a balanced performance so far but missing a win this season.

Unlike the current championship leader, Chase Elliott who won in Dover and got eight more top 10 finishes. The Hendrick Motorsports driver was struggling in the last two races though and finished at the bottom part of the field. Now he has a chance of getting back to form and finishing on top. His odds for that are +1000.00.  His main rival, Ross Chastain has the same odds to win for the third time this year. The Trackhouse Racing Team driver is the surprise of the season after standing in second place in the championship. Not only did he get the first wins of his career but also finished on the podium four more times. Chastain was only 15th last weekend but he led a career-high 153 laps. Now he is predicted for another good result at the new track.