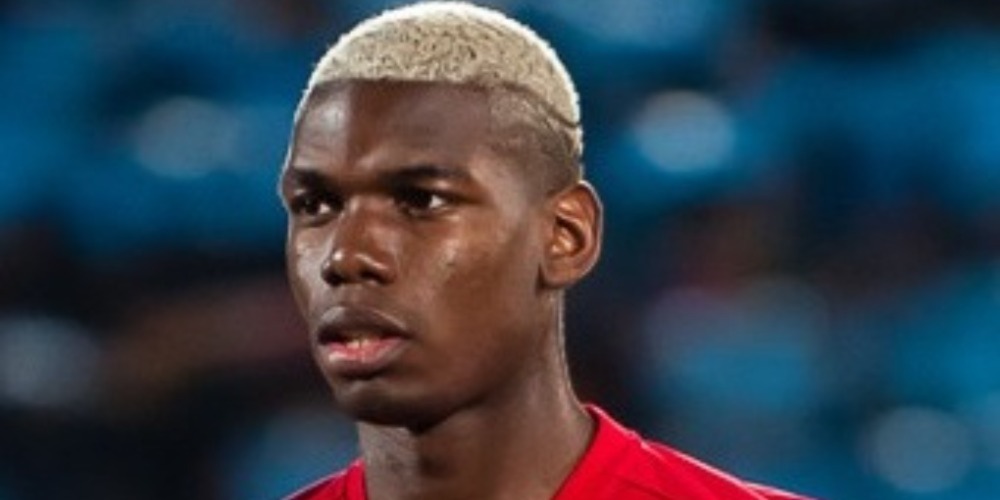 The January transfer window can be good but summer is where the fun’s at. A lot of matches, drama, injuries, victories, and losses have gone on since the last football transfers and it’s time to prepare for some departures again. Some of the European giants have already made moves to sign new players or extend current contracts.

The five players on this list are some of the biggest upcoming free agents in football this summer. All of their contracts expire on 30 June and there are a lot of clubs lined up for them already. Tell us what you think about their possible new destinations and which one of them would you sign if you were in charge.

It seems inevitable now that Pogba will leave United in the summer. His contract expires on 30 June and rumours already linked the French midfielder to multiple clubs. He expressed discomfort earlier in the season and leaving as a free agent is not a good thing for the Red Devils, who signed him for a then-record transfer fee of £89.3 million in 2016. His current market value is €55 million (£46.9 million), making him the biggest free agent in football this summer. Pogba’s most likely destination will be Juventus with a probability of around 80%. The midfielder was also linked to PSG but Juventus are the favourites in the race now.

In the 2021/2022 season, he played a total of 27 matches for United across the Prem, UCL, and the FA Cup. Pogba had 1 goal and 9 assists in 20 appearances in the Premier League. He also had multiple injuries thus the reason for missing almost half the season. The world will soon find out the 29-year-old midfielder’s decision.

His market value decreased a bit this season but he’s still a valuable player. At €45 million (£38.4 million) Kessié is one of the biggest upcoming free agents this summer. He’s been linked to a move to Barcelona and expressed earlier the impossibility of extending his contract with Milan. Rossoneri fans had mixed emotions regarding this statement.

Kessié has the chance to become one of the best midfielders in the world and people know this. He’s young, healthy, and gives his all on the pitch. No other player had more minutes at San Siro since his arrival to the club. Barcelona’s current odds of winning next year’s LaLiga are 6/4 on 888sport, regardless of whether the Ivorian joins them or not.

The Argentinian has become a legend and fan favourite during his 7-year stay with Juventus. In that time, he played in 293 matches, scored 115 goals, and assisted 48. Dybala mainly played the second strike role at the Italian club. However, they didn’t achieve what they wanted this season, neither in Serie a nor in the UCL. During the 2021/2022 campaign, Juventus Dybala played in 39 matches across the Serie a, Champions League, Italy Cup, and Supercoppa Italiana.

Overall he had 15 goals and 4 assists while also captaining a good chunk of those games. Dybala played his last home match for Juventus on 16 May where he received a lap of honour. The 28-year-old left the pitch in tears as teammates and fans sent him off with thunderous applause.

The Argentinian’s current market value is €40 million (£34.1 million) which has been decreasing for a while now. There’s nothing official yet but online gambling sites in the UK and Italy have linked him with Inter. We expect to see an official statement on this soon. The Juventus board wouldn’t want Dybala to join one of their biggest rivals but you reap what you sow. Inter are currently the favourites to win the Serie A next season.

The 26-year-old has been with Chelsea ever since 2015, making West London the home of almost his entire professional career. With Rüdiger now officially gone, the Blues are about to lose another one of their great centre-backs. Christensen only played in 19 Premier League matches in the 2021/2022 season and wasn’t even included in the squad on six occasions.

In games where he played the full 90 minutes or more, Chelsea only lost twice. This includes all competitions. A market value of €35 million (£29.9 million) makes Christensen one of the biggest free agents in football this summer.

A recent rumour has linked the Danish centre-back to Barcelona with a probability of over 85%. As these updates are not even two weeks old, the possible departure of Christensen might happen sooner than expected. Losing your two best defenders in the same transfer window might be followed by some big expenditure by Chelsea. As of right now, the Blues’ odds of winning the Premier League next season are 16/1 on 888sport.

Ousmane Dembélé Will Play A Big Role In Barcelona’s Future

Dembélé’s Barcelona contract expires soon and his almost five years at the club weren’t the best. Unfortunately, for a transfer fee of €140 million (£119.6 million), the winger is sometimes considered a failure, at least during his time at Barcelona. Dembélé’s market value plummeted by 20 million in a year but he’s still one of the biggest free agents in football this summer.

His current value of €30 million (£25.6 million) puts him among the top 5. The French winger is still only 25-years old and the future might hold some great things for him. He was out for a large part of the season with a knee injury but played in nearly every game of Barca’s more successive run between February and May.

During the January transfer window, Dembélé was linked with Newcastle but there haven’t been further updates regarding this. Recently, Barcelona’s president stated that the Frenchman was offered multiple contracts but his camp, which is mostly made up of Dembélé’s relatives, has taken its time to answer. However, it seems that the 25-year-old will stay at his current club as online sportsbooks news in the UK hinted that the two parties have agreed to a contract renewal. Many people also believe that Aubameyang’s winter transfer has ignited a new flame in Dembélé.