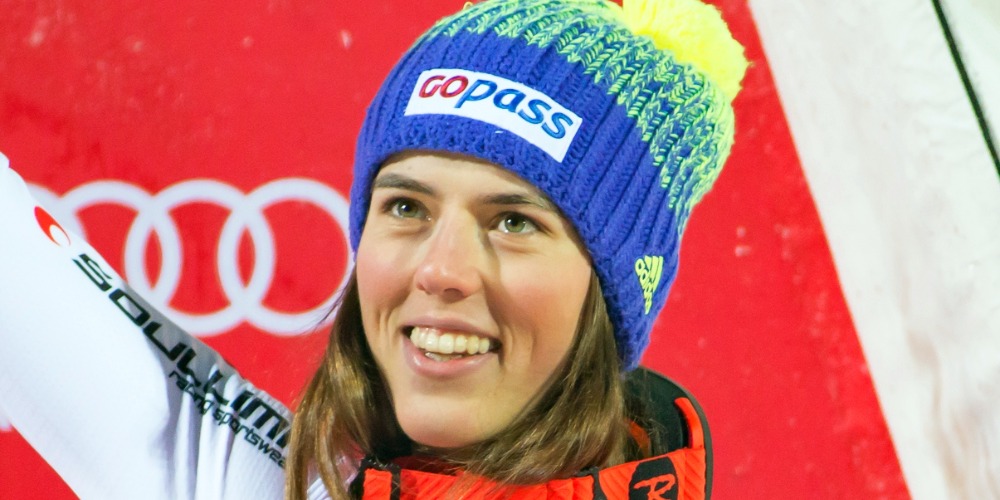 First, the women’s alpine skiers will compete in the slalom event at the 2022 Olympics, on the 9th of February. Where Petra Vlhova and Mikaela Shiffrin can go head-to-head for the title according to the 2022 Olympic slalom odds. While there are several favorites for the gold in the men’s event which will be held seven days later, on the 16th of February.

This Olympics hasn’t started too well neither Petra Vlhova nor Mikaela Shiffrin after their disappointing results in the giant slalom race on Monday. The American didn’t even finish her first run and had to give up after five gates. While her Slovakian rival finished only in 14th place. But both of them will have another opportunity for a better result in just two days’ time when the women’s slalom race is held. Frida Hansdotter is the defending champion but the Swedish athlete has retired since Pyeongchang. Now the current World Cup leader Vlhova and the 2014 Olympic champion Shiffrin are the top favorites for the gold. In the men’s event the 2018 champion, Andre Myhrer has also retired from the sport. In Beijing, there are several candidates for the gold including the 2021 world champion, Sebastian Foss-Solevag, and the current world cup leader Lucas Braathen.

Petra Vlhova is the reigning overall World Cup champion after a fantastic last season. And she is also competing in great form in the 2021/22 World Cup. The Slovakian skier leads the Slalom overall standings after winning five races out of seven and finishing as a runner-up in the other two events. She also won the silver medal in the 2021 World Championships after a bronze medal from the previous world event. The 26-year-old athlete only finished 13th in the last Olympics four years ago. But online sportsbooks in Slovakia offer the smallest odds, 1.88 for her win now.

Her big rival is, of course, the American star, Mikaela Shiffrin who won the slalom gold in the 2014 Olympics. Shiffrin is a three-time overall World Cup champion and a four-time slalom world champion. In the 2021 World Championships, she only got the bronze though. While she is currently second in the world cup more than 200 points behind Vlhova. And as we mentioned earlier, the US skier didn’t have the best start in Beijing after crashing out from the giant slalom race. But Shiffrin is one of the best women alpine skiers of all time, and surely she will fight back on her favorite event. She has the odds of 2.54 in the 2022 Olympic slalom odds to win the gold. The 2021 slalom world champion, Katharina Liensberger follows them in the list of favorites, but her chances of winning are much worse with the odds of 15.00.

Noel, Feller, and the Norwegian Favorites Can All Win the Men’s Slalom

Clement Noel finished four times as a runner-up in the slalom world cup and he stands in sixth place this season. The 24-year-old finished fourth in the last Olympics in Pyeongchang but he was only 21st in the 2021 world championship.

Online gambling sites in Slovakia still favor him for the gold this time with the odds of 6.15. But probably the following Norwegian skiers have more chance of winning. First, there is the reigning world champion, Sebastian Foss-Solevag who also won one race in this world cup season. The 30-year-old skier finished 10th four years ago but has the odds of 7.20 for getting the gold now.

Just like his compatriot, Henrik Kristoffersen who got the bronze medal both at the 2014 Olympics and the 2021 World Championships. He also won the slalom world cup twice, in 2016 and 2020. Currently, though he is only in 9th place in the overall standings. The 2021/22 Slalom World Cup is led by a third Norwegian, Lucas Braathen. He won the race in Wengen and finished second in Kitzbuhel. The 21-year-old will make his Olympic debut in Beijing with the odds of 8.20 to win the gold. A more experienced Austrian skier, Manuel Feller can also fight for the gold next Wednesday. Feller won the silver in the 2017 World Championships and finished fourth in last season’s slalom world cup. At the moment he stands in third place behind Braathen and Foss-Solevag. And has the odds of 7.20 on 22Bet to finish ahead of everyone in his second Olympics.