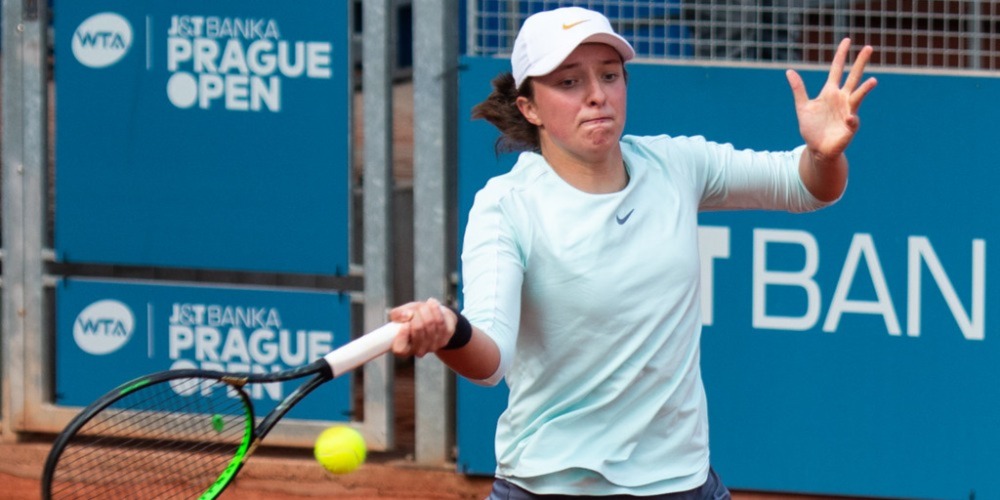 The Polish world No1, Iga Swiatek seems unbeatable this season after her 35-match winning streak. She is the top favorite of the 2022 Wimbledon Women’s Singles odds following her great form and the retirement of the defending champion, Ashleigh Barty. But Ons Jabeur, Cori Gauff, or even Serena Williams will aim for the victory in the third Grand Slam of the season.

The 2022 Wimbledon Championship is not without controversies after the organizers’ decision to ban all Russian and Belarusian players from the competition. It means that last year’s semi-finalist, Aryna Sabalenka, and two-time semi-finalist Victoria Azarenka won’t play this time.

Along with top Russian players like Daria Kasatkina or Veronika Kudermetova. But we can still see several great players including former champions Petra Kvitova, Simona Halep, and Angelique Kerber. But 7-time champion Serena Williams will also return to play in Wimbledon after a long absence. Last year’s winner, Ashleigh Barty has retired this year. Now the new world rankings leader Iga Swiatek is the biggest favorite.

Iga Swiatek won six titles this season including four WTA 1000 tournaments and the French Open. The Polish player is in top form and the top seed in Wimbledon. With online sportsbooks in Poland offering the odds of 2.50 for her victory. Even though Swiatek hasn’t won any event on grass yet, she seems unstoppable right now.

She hasn’t been beaten for 35 matches. Since Jelene Ostapenko defeated her in the Dubai Tennis Championship in February. Last season the 21-year-old reached the fourth round in Wimbledon which was her best result at the senior level. But she managed to win the junior singles tournament in 2018.

One of her biggest opponents can be Ons Jabeur who follows Swiatek in the world rankings and in the 2022 Wimbledon Women’s Singles odds too. The Tunisian also won two titles this season: her first WTA 1000 title in Madrid and the German Open two weeks ago on grass. Jabeur’s reached the quarter-final in Wimbledon last year. Now she has the odds of 9.00 to go all the way.

The latest American star, 18-year-old Coco Gauff has become another big favorite following her first Grand Slam final in Paris this year. Though she lost there against Swiatek in two straight sets, her recent performance in Berlin is another good sign. She reached the semi-final there for the first time on a grass court. In Wimbledon, Gauff got to the fourth round last year. Her odds to win her first Grand Slam title next week are 15.00.

Former Wimbledon Winners are Also Mentioned Among the Favorites

Petra Kvitova won the Wimbledon Championship twice before, in 2011 and 2014 but her recent results haven’t been so impressive. She was knocked out in the first-round last year by US player Sloane Stephens. And she hasn’t gone further than the fourth round for six years now. But the grass is her strongest surface which Kvitova proved in Eastbourne last week where she won her 39th WTA Tour title.

Her odds to get her 40th now are 17.00. 7-time Wimbledon winner Serena Willams is mentioned with similar odds by online gambling sites in Poland. The 40-year-old star hasn’t played since the 2021 Wimbledon Championship where she tore her hamstring in the opening round.

Williams is still chasing her 24th Grand Slam title and will do everything she can to get it. She received a wild card and will start against French Harmony Tan in the first round. 2019 champion, Simona Halep has the experience and results to be another major contender for the title. The current world No18 won her 23rd title in Melbourne at the beginning of the year but hasn’t reached any final since.

She got to the semi-final in Dubai, Indian Wells, and Birmingham. Halep was beaten there by Brazilian Beatriz Haddad Mai who has been playing her best this season. She won her first two WTA Tour titles on grass this month thanks to her 12-match winning streak. Surprisingly Mai’s odds to win the third Grand Slam of the year are 16.00 on 22Bet.