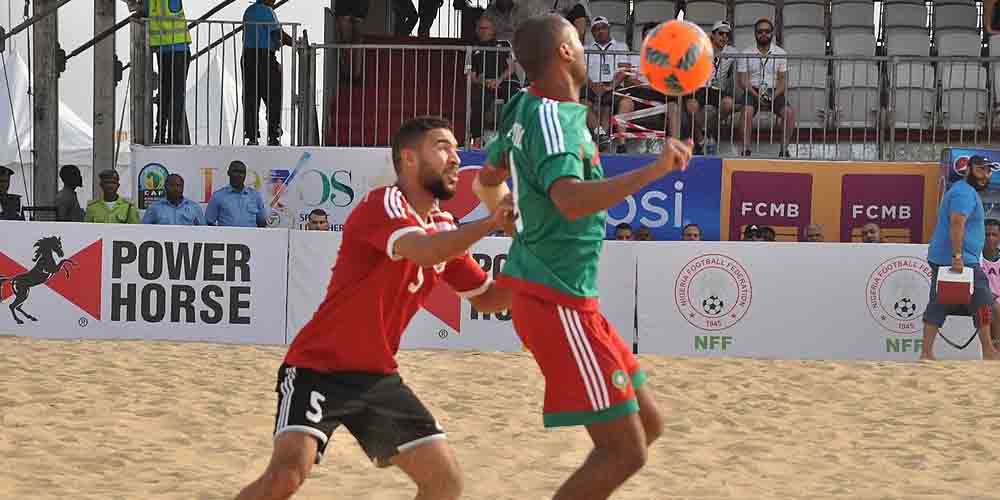 Online sportsbook news sites in Paraguay have reported 192 footballers of 16 teams are participating at the Beach Soccer World Cup. They started competing in Asuncion, Paraguay, from November 21 to December 01. Among the players to likely score most goals in the tournament, are Japan’s captain Moreira and Swiss No. 9 Stankovic. Plus, Senegals’s Diassy, Brazil’s Rodrigo, and Italy’s Gori are all likely to impress as per our 2019 Beach Soccer World Cup top scorer predictions.

Japan’s naturalized Brazilian Ozu Moreira has led Samurai to a stunning campaign at the Asian qualifying tournament. His team defeated Iran in the quarterfinals and won the AFC Championship for the third time. Moreira scored eight goals on the road to win both of the competition’s major individual awards MVP and Top Goalscorer. Moreira will likely be the player to watch, with 67.00 odds at Unibet Sportsbook to win the Golden Boot in Paraguay.

Stankovic won the Golden Ball and Shoe in 2009

The Swiss forward Dejan Stankovic is considered a renowned talent by online sportsbooks in Paraguay. He went to win both the Golden Ball and Shoe at the 2009 World Cup in Dubai. Despite losing against Brazil in the final, Stankovic scored a record of 16 goals in that tournament. In the coming years, he kept improving and winning awards but never won the World Cup Golden Boot again. At the age of 33, Stankovic does not have lots of years ahead. Thus, he needs to make a final statement. Should he win the Golden Boot again, his odds value 17.00 at Unibet Sportsbook.

One of Senegal’s finest players Lansana Diassy is gearing up to compete in his second consecutive Beach Soccer World Cup. He has reached the quarter-finals with Senegal on his debut in the Bahamas two years ago. Diassy will probably be remarkable in Paraguay according to our Beach Soccer World Cup top scorer predictions. Last year, he was the top scorer at CAF Africa Beach Soccer Cup of Nations with eight goals, helping Senegal to reserve a seat in Paraguay. Will he make another achievement in 2019? It is possible at 61.00 odds.

Rodrigo looks ahead to prove himself

Rodrigo the key figure for the defending champions Brazil was the top scorer at the South American qualifiers this year. Two years ago he helped his team win the fifth World Cup by scoring nine goals all the way. Rodrigo is a prolific attacking player and will certainly score many goals. Should he win the Golden Boot with 7.00 odds,  he will overtake his teammate Mauricinho who has 97 goals on his name.

Despite that Italy was eliminated at the 2017 World Cup semifinals, Gabrielle Gori won the top scorer award, with a record of 17 goals. It is the second-highest number of goals ever scored in a World Cup. Besides, Gori became the first Italian of the FIFA era to be a top scorer. Gori is still a focal point for Italy’s attack, and he was recently shortlisted for the Beach Soccer’s best player of the year in Dubai. Whether he will continue dominating the scene is hard to predict with so many quality players in the competition. However, his odds are 5.00 to be the top scorer for the second time.

If you wish to know more about the favorite teams in the tournament, check out the 2019 Beach Soccer World Cup odds. Have a look as well at our review about Unibet Sportsbook.