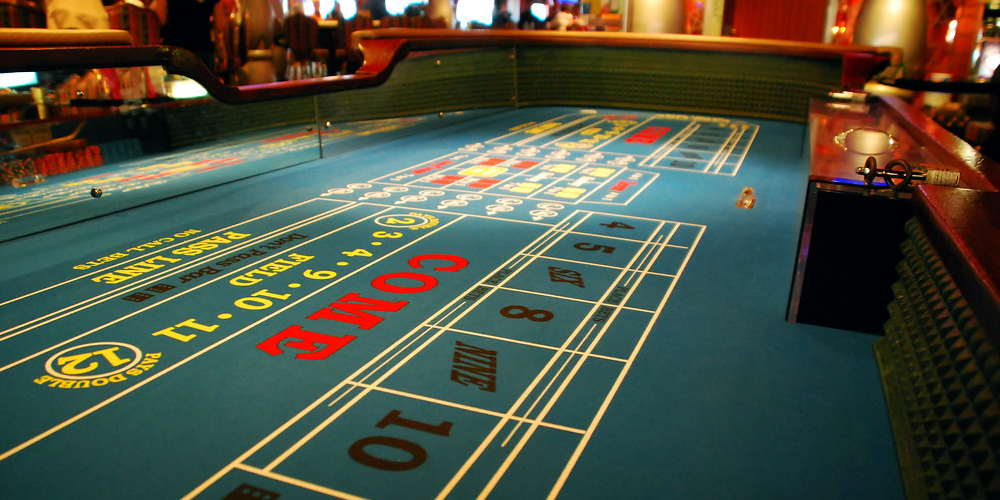 Craps is the most popular casino game on Earth. However, people usually consider it among the hardest ones. In this article you can read about 7 fun facts about Craps, what you may not expect! So, if you want to know some exciting stuff, keep on reading!

7 is a winner number in the game of Craps, what is more, it has the winning odds of 6/36. So, ironically, this winning number has the highest chance to roll in the game.

However, the number seven is one of the most mystical numbers in numerology. It appears in many movies, legends, and tales. Furthermore, seven is the number of completeness and perfection, both physical and spiritual.

The number 7 is much more prevalent in nature than most of us realize. There are 7 continents, 7 vertebrae in the neck, and 7 layers of skin. Moreover, the rainbow has 7 colors, sound has 7 notes, and there are 7 candles on the Jewish Menorah. Furthermore, God created Earth in 7 days, and there are 7 deadly sins, what is more, you can read the number 7 735 times in the Bible. In addition, 7 is also important in Hinduism, Islam, and Judaism.

To continue this fun fact about Craps; tales, legends, and movies, there are 7 dwarfs, 7 Horcruxes, and 7 wonders of the ancient world. In addition, according to Hungarian mythology 7 leaders of 7 tribes founded the country Hungary.

Last, but not least, we have 7 Fun Facts About Craps! 🙂

Overall, it is no surprise that one of the winning numbers in the Craps is the number 7.

The origin of the game has ancient roots; however, many believe that the game was actually invented in medieval England. But it has a strange history with bones and priestesses, which is a pretty interesting fun fact about Craps!

This legend will be familiar to you if you read our article about the History of Baccarat. However, some historians consider this tale as the origin of the Craps too, but we can agree that the rules are more similar to the Baccarat than the Craps. Anyway, here is the legend.

Etruscans used 9-sided dice to determine a virgin’s fate. In case she rolled 8 or 9, she would become a priestess, however, if she threw 6 or 7, she would be banned from religious activities. Unfortunately, in case of the throw worth 5 or less, they drowned her in the sea.

Luckily, it is just a Fun Fact about Craps, none of the games have such bloody rules on the online casino sites in the UK!

Another part of this fun fact is that in the Roman Empire soldiers used to play with different bones, such as ivory and knucklebone. They used their shield as a table, and then they started to roll the bones.

If you want to know more fun facts about Craps, check the History and Evolution of Craps here!

Did you know that the longest Craps dice roll ever lasted over 4 hours? If you think that it is impossible, just take a closer look! Patricia Demauro was an ordinary grandmother from New Jersey who beat the one-in-a-1.56 trillion odds at the craps table. It is a cool fun fact about Craps, isn’t it?

She was at a night out with a friend but after a while, she got tired of the slots, so decided to shoot some dice at the craps table. Patricia rolled for 4 hours and 18 minutes, but the dice become immune to “sevening out”.

Players in the casino considered it a miracle and gathered around her while she was rolling every possible combination, except a seven. However, the ending of this story is even funnier. When she finally bowed out, Demauro admitted to a lady next to her that she did not know how to play the game!

Lady Luck is more than a Fun Fact about Craps

It is not just a common superstition in gambling, or a simple fun fact about Craps! Lady Luck is something more than that. Men believe that if a lady blows luck on their dice, they will win. And surprisingly, it usually works. No, they do not always win, they are just not losing the game.

As we mentioned above, 7 has the highest chance to be rolled, however, 2 and 12 have the lowest. So it is not hard to throw the winning number, because it can be said that every 6th roll is a seven.

But a lady blowing on dice is a very common aspect in movies as well. Like in Ocean’s 13, Indecent Proposal and Diamonds Are Forever.  Therefore, they are all part of this Fun Fact about Craps!

Finally, did you saw Ironman? Tonny was playing Craps and asked his friend Rhodey to blow on his dice.

Rhodey: I don’t blow on a man’s dice.

Craps Is Known as The Game of Pure Chance

Craps is incredibly popular primarily because of the low house advantage. Besides, its popularity is enhanced since the game’s outcome is purely based on chance.

Meanwhile you are studying the mathematics of this game, you will find a very interesting and fun fact. As 36 combinations can be rolled in Craps, the chances of the odds are axially mirrored. Let’s take a closer look at this fun fact about Craps!

How can a game based on pure luck have such a beautiful math structure? The answer to this fun fact about Craps is magic!

Slang in the Game of Craps is a Fun Fact!

Besides Craps is the most popular casino game, it is also the most verbal one ever. Consequently, there are a dozen players shouting out bet commands to the team of casino staff.

Craps players call the 11 “Yo-Leven” or “Yo” for short. The reason is why players call the number 11 “yo-leven” that the rhyming words “seven” and “eleven” sound so similar.  As none of the other numbers rhyme with “yo,” they are giving this phrase a unique quality that rises above the background noise.

To continue this fun fact about Craps; bettors also shorten “yo-leven” to “yo” when they are announcing their bets.

The Last Fun Fact About Craps is Filled with Superstitions!

Finally, here is the funniest fact of them all. Craps is one of the most superstitious game in the casino. That is why players always make sure that neither they, nor anybody else brings bad luck to the table.

Of course, these superstitions are not supported by anything, they are completely baseless. Moreover, there are no mathematical explanations, nor proven facts that they work. In conclusion, they are just fun facts about Craps!

Anyway, here are the most common superstitions in the game.

Which fun fact about Craps was your favorite one?

You can discover interesting Craps sessions on the Cherry Casino site!