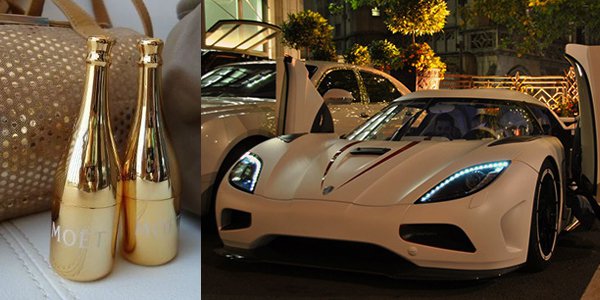 World’s most expensive things to consider buying after a huge win at online casinos in the United Kingdom.

You’ve been enjoying a lucky blackjack run for weeks and unlike Ben Affleck nobody has kicked you out of a casino. Or you’ve caught that elusive progressive jackpot worth millions. Or beat a field of several thousands to pick up the honors and a hefty check at one of the British poker rooms. So what would you spend your money on?

Surely a nice trip to the tropics or a new car are in order, but let’s take a looks at some things you can buy if there’s really nothing else to spend your sudden windfall on. Here’s a selection of top 7 expensive things you wouldn’t think of buying, unless you suddenly become super-rich.

The most expensive purchases to consider after winning big

• A selection of world’s most expensive things

• Not your ordinary shopping list, but worth taking a look after a sudden windfall

Looking for a cozy studio apartment in London? Think bigger, an unknown bidder from Easter Europe, has just shelled out GBP 140 million on a penthouse in London. The buyer is said to come from either Russia or Ukraine and has made the One Hyde Park penthouse the most expensive flat in Great Britain.

Certainly, such a place cannot be afforded by an average Brit earning just over GBP 26,000 a year. They will need 529 years to rack up that kind of cash, unless of course they hit it big at one of the online casinos in the United Kingdom. Oh, the 140 million price tag is before duties and legal fees, and the place is unfurnished and has no internal walls.

6. The world’s most expensive car

Saving your lunch money for that 3-door Kia? Winning a jackpot under British gambling laws could make you want a GBP 2.6 million Lambo Roadster or an equally expensive Bugatti Veyron. Interestingly enough, that’s not the limit for super-expensive rides.

Someone has saved more than a couple of grand. The 2.6 million price tag is pennies, considering what has been paid for the world’s most expensive car – GBP 30.8 million. This is how much an unnamed collector shelled out for the 1963 Ferrari 250GT. Well, our guess is they probably can afford the insurance premiums, which come with that…

Ok, suppose you’ve got the second most expensive car in the world, or something less exuberant. You’ll need a nice place to park your shiny ride. Last month an anonymous buyer paid GBP 550,000 for a garage. That’s right, half a million to park your car.

Well, the now dubbed most expensive garage in Britain is not your ordinary box. It used to be a coach house in South London utilized by the Mayor of Southwark. It is still undisclosed what kind of “carriages” will be parked there, but we’re guessing it’s something else than your average Mini’s.

What’s the time? Most of us have switched to using smartphones to check the time, making timepieces obsolete. But the true fans of luxury and stile still keep it old school and proudly wear watches. The world’s most expensive timepiece is an eye-catching 110-carat watch.

Now this is living proof to “time is money” saying. The watch is covered in rare diamonds and was first shown at the Baselworld watch and jewelry fair in Switzerland. The company behind it, Graff Hallucination, spent thousands of hours crafting it. At the GBP 33 million price tag, you should probably look into insurance options.

Salvador Dali? Pablo Picasso? Close, but no cigar. This title goes to Paul Cezanne’s work of art. The Qatari royal family, probably didn’t take out a mortgage to purchase the painting for GBP 159 million back in 2011. While art is certainly considered to be one of the most expensive ways to spend your money, no one has come even close to shelling out this much. This amount has doubled the previous record.

2. The world’s most expensive wine

Now that you’ve got the flat, the car, the watch and all the other stuff you heart desires, it’s time to unwind with a nice bottle of red. While some of the renowned French wines come with price tags of a couple of grand, the record has been set at staggering GBP 92,000 for a bottle.

Malcolm Forbes, a famous publisher, has paid this much for the 1787 Chateau Lafite. They say that Bordeaux wines only last 50 years or so, but this particular wine is not for drinking. The bottle has been made special by the Th. J. initials. This means the wine belonged to Thomas Jefferson, back in the day when he was only an ambassador to France.

1. The world’s most expensive yacht

No self-respecting millionaire goes without a yacht. And if you managed to beat the odds and win a huge sum of money, maybe it is time to consider buying one. Probably you won’t be able to convince Sheikh Khalifa bin Zayed al Nahyan to part ways with his “little boat”, but you can always order yourself another one.

The ruler of Abu Dhabi owns the world’s most expensive boat. Proudly dubbed Azzam, the yacht costs GBP 371 million and features 50 luxury suites filled with gold, satin and rumor has it the most beautiful girls on the planet.

Naturally, you are free to decide on your own what you will be spending your huge winnings on. However, taking down a jackpot at one of online gambling destinations will allow you to join the super-rich club and seriously consider breaking one of the above-mentioned records.