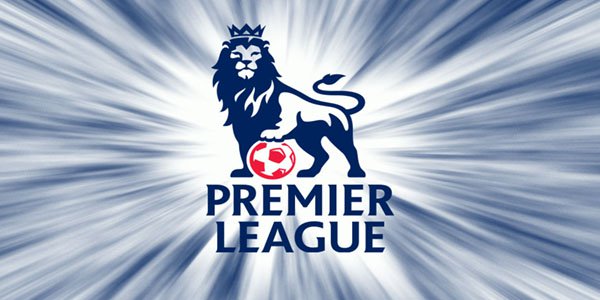 With Liverpool’s emphatic 4-0 destruction of Tottenham at the weekend, the race for the English Premier League has really got hot.

The Merseyside club now lead the league by 2 points in a scenario that mirrors the old First Division 50 years ago. Back then, on the 30th March 1964, Liverpool beat Tottenham to go top of the league, a position they would hold at the end of the season.

While their title challenge may have been sustained by the goals of their deadly duo SAS – or Louis Suarez and Daniel Sturridge, if you’re not familiar with the new moniker – there has been another player just as important, when he’s played.

It’s not just Liverpool, though, as all four teams have a lesser light offering them a bit more than you’d think. Perhaps this insight will leave you clicking away to an online sportsbook in the UK, ready to bet on your new favorite player to lift the EPL title come May time.

He may not have played as much as he’d wished, but there’s no denying just how important Daniel Agger has been to Liverpool this season. While his position at the heart of the Reds’ leaky defense has been shared with Mamadou Sakho and Kolo Toure, his 18 appearances have revealed an interesting stat.

In fact, the Danish international has only completed 90 minutes 13 times this year. Never mind, those 13 games have yielded an outstanding 11 wins!

Stats, of course, don’t tell the whole story. The two games Liverpool failed to win were a 3-3 draw against Everton – a game where Everton’s Kevin Mirallas perhaps should have been sent off for a knee-high challenge on Luis Suarez – and a 2-1 loss to Chelsea. Even in the loss to Chelsea, Liverpool were denied a clear penalty when Samuel Eto’o tripped Suarez in the box.

The Boy from Brazil

Of those opponents – and with the return of Jose Mourinho, many online sportsbook in the UK labeled them as favorites – well, they have a different kind of player to look towards.

• They won the title after beating Arsenal 5-0

• Manchester City weren’t even in the First Division, finishing 6th in the 2nd

While Eden Hazard has been the man pulling up trees for Chelsea, there has been another diminutive player who’s impact shouldn’t be underestimated.

Attacking midfielder Oscar has outperformed Schurrle, Torres and Ba, and has the same number of goals as Samuel Eto’o, making him Chelsea’s 2nd top scorer. Yet that’s not enough to get him on our list.

No, each and every time Oscar has scored a goal for Chelsea, they’ve gone on to win the match! That’s even true in the Champions League and cups, including the only goal in the win against Stoke in the FA Cup.

In our mind, that makes him pretty important.

While Man City may have Yaya Toure’s brilliance or Sergio Aguero’s 15 goals from 15 starts to thank for their position, there’s another man who’s input has been even bigger.

While Eden Dzeko may have been the late goal specialist and favorite with mobile betting fans, it’s a less flashy player who deserves all the credit. We’re talking about Fernandinho.

The Brazilian has been a revelation for City, allowing Toure to strut his stuff further up the pitch. In fact, he’s been so good that City haven’t lost in the league since October when he’s been in the team.

That’s not all, though, as the Brazilian missed a couple of games in February and City proceeded to lose to Chelsea and draw against Norwich. It seems like the former Shaktar Donetsk player’s importance cannot be underestimated, then.

Which leaves Arsenal. Of the top 4, Arsenal are the team who have suffered the most at their rivals’ hands. Big losses to Liverpool, City and Chelsea have left them adrift of the other three, but while some of their performances can be called into question, there have been a few bright sparks.

One of these hasn’t been labeled as such, though. In fact, recent reports have been far from complimentary. Mathieu Flamini, however, has definitely made a difference for Arsenal this season.

While he has been unable to play 90 minutes more than 11 times, Arsenal are yet to lose in those games. In fact, of the 16 games he’s started, they’ve only lost twice – to the two Manchester teams.

While he’s been important, though, the question will always hang over the Emirates: what if Arsenal had signed another holding midfielder? Perhaps they would be even better off in the title race, perhaps even leading the way? We’ll never know.

So there we are. 4 players who have made a big difference to their teams this year, despite not being the first name on everyone’s lips. Although something has surely got to give later in the season. With Liverpool playing host to City and Chelsea, the title looks likely to go down to the wire.

For those of us who enjoy betting on sports in the UK, a tip: my money would be on May 3rd being the most important day in the title race. Everton play host to City and Liverpool welcome Chelsea. It’s that date that will decide the title, no earlier and no later.

So, until then, happy betting.