A Preview Of The 2020 Indian Premier League Betting Odds

With sixty matches between eight teams spread over two months this is as fast and furious as cricket gets. Those who regularly bet on sports in India will already have picked their favorite. The bookies like Unibet certain have. For those less frequently tempted to bet on Indian cricket there’s still plenty of time to pick a team. And, so you’ve all the information you need at your disposal, here’s a quick rundown of the pre-sesason 2020 Indian Premier League betting odds. 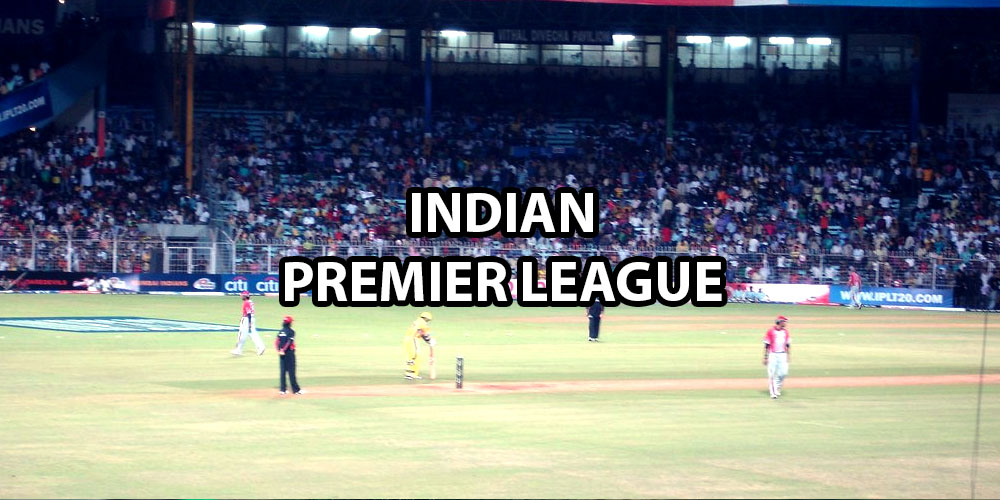 Their captain, K L Rahul made a good showing last year getting 593. However, whilst he’s back, they’ll be hoping to do better than last season. Only six wins weren’t enough to get them into the playoffs. Something they’ll be fighting to do this time around. They may be the tail-enders in the 2020 Indian Premier League betting odds but don’t count them out. They’ve Chris Gayle and Mohammed Shami to give them some depth and flair. So expect to see quite a bit of both.

They failed to find firm footing last year. Their win/loss record was terrible and this season the only way is up. Rahul Dravid will have a good repertoire of players, so there’s every chance they could improve. However, the cohesion they were missing last year may once again rear its ugly head this tournament too. That would leave a few willing to take advantage of Indian gambling laws to back them. Certainly when the 2020 Indian Premier League betting odds have them at 8/1.

They only missed out on the playoffs by dint of a Net Run Rate deficiency. A disappointment you may well see Dinesh Karthik and Co use to their advantage. There’s going to be a lot of drive about their performances in the early matches. That could be hard to counter as Eoin Morgan and Pat Cummins make their presence felt. So, at the 6/1 price on offer at Unibet Sportsbook, they’re not a bad bet on the 2020 IPL. However, as time goes on, fatigue could see this team fade rather fast.

Having come third in last years tournament the Delhi Capitals are in it to win it this year. Were it not for that one loss to Chennai they could have been in the final. But alas not. Still, this year they will be every bit as dangerous as last. They have the decent leadership of Sheryas Iyer to count on, as well as Jason Roy and Chris Woakes. Add Mohit Sharma to that mix and they could well beat the 2020 Indian Premier League betting odds the bookies are giving them. They’re potential champions.

They let themselves down last year. They came bottom of the table with a negative net run rate that made for dismal reading. This time around they’ll have to pick their game up if they don’t wish to suffer the same fate. Any team led by Virat Kohli with Moeen Ali, Aaron Finch and Umesh Yadav in it just have to be worth a punt. Especially at the 13/2, you can find at online sportsbook sites in India like Unibet. Those are some exceedingly tasty 2020 Indian Premier League betting odds.

So near and yet so far. Chennai got to the final last year and was beaten by a heart wrenching single run. That said the odds on the Super Kings this year make them a very tempting wager. They have a superb captain in the legendary MS Dhoni and hardcore of players like Imran Tahir, Shane Watson, and Sam Curran. This should add up to a team very hard to beat, and their result last year proves it does. Their 2020 Indian Premier League betting odds perhaps just a little parsimonious.

They showed so much promise but having reached the playoffs tailed off like a damp squib. This year David Warner will want to develop beyond that failure. He’s got Mitchell Marsh and Jonny Bairstow on the side, as well as Sandeep Sharma and Siddarth Kaul. That should give him plenty of options on the field and at the crease. Just whether the skill amassed can be translated into wins is another matter. That’s why they only get 9/2 2020 Indian Premier League betting odds right now.

They were last year’s winners by a single run. As close as margins get. Perhaps that’s why the bookies like Unibet, one of the best online betting sites in India these days, make them favorites. Just whether they can live up to these 2020 Indian Premier League betting odds is questionable. Rohit Sharma may have his work cut out for him. Jasprit Bumrah was a man of the match in the final and he’s back again, as is Hardik Pandya and Chris Lynn. So they’re not paper tigers by any means.

We take a look at the 2020 Indian Premier League betting odds and run down what each of the teams is getting at the bookies.