A RAY of Sunshine for the Finnish Budget

News >A RAY of Sunshine for the Finnish Budget 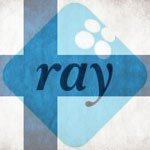 Gambling is still going strong in Finland, judging from the figures released by state-run operator RAY.

The company, which under Finnish gambling laws has a monopoly over all gambling (except horse racing) in the country, published its results for the first four months of the year, and they look good.

Ray managed to milk EUR 260 million out of the domestic gambling market, which is a 3.5% year-on-year revenue growth. Profits were also up, totaling at EUR 145.3 million.

The results are also good news for the national budget, for 31.1 million tax Euros have been paid by the gambling operator during this period.

Although only 7.5% of the revenues were generated from “digital channels”, that represents a huge 24.3% year-on-year growth for that particular segment. As RAY operates one of only two online casinos in Finland, the lack of alternatives is clearly contributing to this growth.

Moreover, there is still plenty of growth potential there, with the planned launch of a Finnish mobile gambling expected to give it a further boost.

Crisis resilience in the Finnish gambling industry is explained in part by the popularity of slots, which continue to attract players. “These are challenging times but there have been no dramatic changes in slot machine gaming,” pointed out RAY MD Velipekka Nummikoski.

The executive added that “on the basis of the first part of the year it is probable that our income goal for the current year will be met and this means we will also be able to secure funding for our beneficiary organisations.”