All Change at United as Moyes Leaves After Just 10 Months 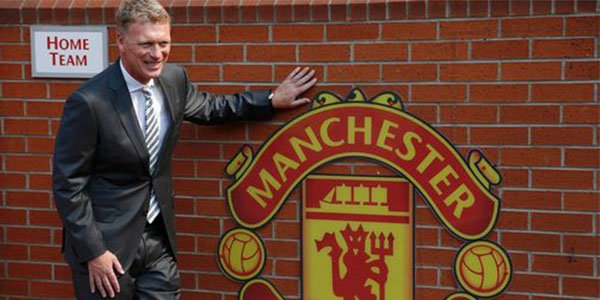 David Moyes has been sacked as manager of Manchester United after just 10 months in the job. The club are unable to qualify for next seasons Champions League after a loss to Moyes’ former employers Everton left them in 7th spot.

The Scot may have come recommended by United legend Sir Alex Ferguson, but that hasn’t saved him from the chop after a pretty terrible season on United’s part. Next year will be the first season since 1995/96 that they will miss out on Champions League football, and they could even miss out on Europe completely.

Online sportsbooks in the UK
have opened up trading on the next manager of the Red Devils, with managerial giant Louis Van Gaal the early front runner. The other managers with their hats in the ring are Borussia Dortmund’s Jurgen Klopp and Atletico Madrid’s Diego Simeone.

At the center of the decision to dispense with Moyes’ services has been the poor performances shown by United’s players this season. Even when winning, their play has lacked something of their former panache, a comment that has not gone unnoticed in the corridors of power.

The owners of the club had already budgeted for one season out of the Champions League as they adapted for life without Sir Alex Ferguson, but any more than one season would be seen as a disaster. The rise of perennial rivals Liverpool has not helped matters, with the 18 time winners looking likely to add their 19th to the list this year.

With managerial giants such as Simeone, Van Gaal and Klopp lined up, United legend Ryan Giggs looks likely to be put in temporary charge until the end of the season. Despite his lack of experience, many mobile betting fans have chosen him as their pick as the next permanent manager of the Manchester club.