Those in favor of changing the standing American gambling laws got excellent news on Wednesday when a bill sponsored by Rep. Barney 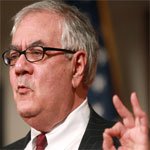 Those in favor of changing the standing American gambling laws got excellent news on Wednesday when a bill sponsored by Rep. Barney Frank (D.-Mass.) which would rework the Unlawful Internet Gambling Enforcement Act (UIGEA) passed the committee stage in the U.S. House of Representatives.

With bipartisan support, Frank’s Internet Gambling Regulation, Consumer Protection and Enforcement Act (or H.R. 2267) got through the House Financial Services Committee on a 41-22 vote.

One interesting point of note about the bill is a compromise measure with federal authorities: Two amendments within the bill would make companies currently in violation of UIGEA unable to receive licensing for internet casinos or online poker sites in the U.S. when the new law goes into effect. Big suppliers of gaming sites that would not receive licenses under these amendments include PokerStars, Full Tilt Poker and essentially every major casino software producer aside from Microgaming and Playtech, both of whom disallowed accepting U.S. players shortly after the UIGEA was passed.

PokerStars seems unfazed by this possibility, however. PokerStars general counsel Paul Telford came out in public support of the bill, claiming that neither amendment “would adversely affect the availability of a license for a respected operator such as PokerStars. As reflected in legal opinions provided to PokerStars, its activities in the US are and at all times have been lawful.”

Telford went on to assert that “PokerStars maintains its strong support for H.R. 2267 and encourages the full House and ultimately the Senate to move quickly to secure passage during the current Congressional term.”