Ancelotti or Klopp to Replace Rodgers at Liverpool (Part II) 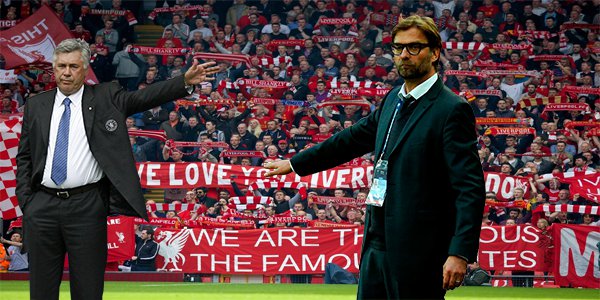 Jurgen Klopp would be a perfect choice for the managerial position at Liverpool.

After an unsuccessful season and a shameful last game at Stoke City ending in a 6-1 defeat, Liverpool’s heaviest loss in 52 years, it is time for the owners of the club to reassess the managerial situation. The embarrassing defeat itself will not cost Rodgers his position, gambling news reported, however there were signs suggesting that the Northern Irishman might lost it this spring.

There came the distractions of course through Raheem Sterling’s contract issue and Steven Gerrard’s impending departure, however the manager’s task is to keep things together even in the heaviest storm, and Rodgers failed to perform that. After having found a new identity for Liverpool in recent years, he might be on his way, as big names are linked with the Anfield outfit this summer.

Rodgers lead the team back to the Liverpool way

Brendan Rodgers introduced a version of proactive total football at Liverpool in 2012, which is a method that somehow traces back to the seventies at Merseyside. Outside the teams managed by Brian Clough, (most notably Derby County and Nottingham Forest), the Reds were the only side in England to play a continental style possession based football back then. Bill Shankly and Bob Paisley were responsible for the way Liverpool played, and the team ruled continental and English football in that time.

Liverpool, though clearly in decline, sticked with this kind of football until the mid-nineties, but Gerard Houllier and then Rafa Benitez applied a more cautious and direct approach, relying on a strong backline and quick counterattacks. In half a decade, Liverpool delivered virtually every trophy a team can win, except the Premier League and the FIFA Club World Cup, though a certain Mexican referee might be responsible for the latter in the first place.

After parting ways with Benitez, Liverpool and its new owners were desperately seeking a way to play for the team, trying the overly pragmatic Roy Hodgson and a moneyball-like, statistics-based plan featuring loads of shots and crosses under Kenny Dalglish. Neither of those worked, and then came Brendan Rodgers, who taught the team an impressive way to play resembling the style of the greats. Liverpool have found its new identity, however they won nothing with it.

Rodgers was supposed to be busy with building the team of the future at the moment, yet he might be thinking about his own future after his team fell apart in the spring, and a couple of high-profile managers became available recently. Carlo Ancelotti might not be the guy who settles in Liverpool for a decade, but But Jurgen Klopp could well be.

Klopp could be the perfect fit for Liverpool

Klopp is leaving Borussia Dortmund at the end of the season after seven years with the Schwarzgelben. Though he was thought to take a six-month-long sabbatical, mobile betting news recently reported that he wasn’t tired at all and he was ready to take a new job. He also plays a version of ever attacking and pressing total football, though he is open to apply more pragmatic solutions if the actual situation or the style and the quality of the opponent call for that. From tactical point of view, he could be the one Liverpool is looking for. If they looking for anyone at all.

Klopp’s English is more than good, he expressed many times that he planned to coach in England in the future, and he has been linked with Liverpool since he revealed that he is leaving Dortmund. If we consider the passion of the Liverpool supporters who are quite a similar kind to those who cheer for Borussia on the terraces of the Signal Iduna Park, and the Liverpool club anthem “You’ll Never Walk Alone” that is frequently singed by the Dortmund fans, we already see Klopp wearing a baseball cap with a Liver bird badge on it.

We should also take into account the similar working-class environment that links the two cities, with people who would love the fast-flowing attacking football that characterizes Klopp. After Rodgers have failed to replace the goals provided by Luis Suarez, and with Steven Gerrard leaving for Los Angeles, this would be an ideal time for Klopp to start building his own team at Merseyside.

The owners placing Liverpool’s long term future in the hands of Brendan Rodgers, who has a positive philosophy and vision about how football should be played, is respectable of course. However, not to mention that he failed to deliver a trophy and missed out on Champions League football twice in three years, this would be an ideal opportunity to hire a high-profile manager.

Rodgers might be on his way to the best, but either Klopp or Ancelotti, both members of the European coaching elite, could be a better solution for the next three to five years. The owners of Liverpool have to evaluate the situation, and to decide whether to give the opportunity to Rodgers to continue his development as a manager together with the team, or to sign someone who has proven his ability to lead a struggling club back to the top of European football.

Since the call could define Liverpool’s future, and neither Ancelotti nor Klopp is in hurry to find a new job, the leaders of Fenway Sports Group can take their time. They might opt to give six or twelve months more for Rodgers eventually, as at least one of the two possible candidates above could still be available then, if needed. Anyway, players who bet on sports in the UK should consider backing them as Liverpool’s new manager, since their odds are quite tempting.