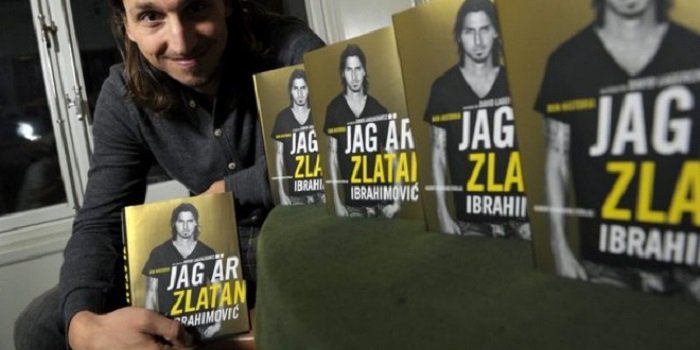 The world is full of fakes, from imitation fur coats to badly replicated electronics, but shouldn’t an autobiography at least attempt to be genuine?

Being of hippy stock I had the sort of parents that thought the Boy Scouts was a crypto-fascist organization of the deferential and brainwashed, I thus find myself somewhat surprised that I have memories of being at the Royal Tournament back in the early eighties when my teens were still in low digits. At the time the world’s largest military tattoo and pageant I find it difficult to believe they were responsible for my being there, and surmise I must have been in company of a school chum’s family.

I note this little excursion out from under the kaftan of leftie sandal-wearing Guardian readers, because amongst all of carefully choreographed horse borne warriors and demonstrations of the flash-bang-applaud variety, and, of course, the famed field gun competition, there was a sort of dramatization in the arena that ended with a jeep pulling away a large metal packing case humorously labeled in large letters with the words “HITLER DIARIES”.

At the time this was hugely amusing. Just that year the German news magazine Stern had made a massive song and dance about having bought the Diaries of Adolf Hitler claiming to have bought them from a Doctor Fischer who had smuggled them from out of East Germany. Over 18 months they had collected the diaries together and, naturally, had them tested and analyzed with the Times Newspapers’ Trevor-Roper, and independent expert convinced they were real.

They weren’t. They were as fake as an air hostess’ smile, a twenty buck Rolex or Sepp Blatter’s sincerity……well okay, maybe not THAT fake, but they certainly weren’t real and Stern found itself 3.8 million USD out of pocket, the author not Hitler but Konrad Kujau a well-known forger. The press at the time were rightly held up for ridicule, even by the armed services at the Royal Tournament, but faking such things is hardly unique to this one occasion as those who bet on sports in Sweden at ComeOn! Sportsbook and the like might already be aware.

A Talent, A Temper & An Ego

Swedish footballing superstar Zlatan Ibrahimovic has demonstrated time and time again that the term legend will apply to him in due course, it being merely a matter of time till he joins the hallowed ranks of the world’s most famous players in perpetuity. His skills on the pitch are without doubt some of the most explosive packaging of raw talent anywhere on the planet, his staunch work helping PSG to another title and, of course, the spotlight of the Champion’s League beckons once again.

As does the transfer window, with every team around the globe apparently “linked” to Zlatan, his possible but unlikely move to several high profile clubs tossed about in the sports pages like confetti at a wedding. Regardless of whether or not he moves from the French champions to pitches more greener elsewhere (something that is more a matter of folding than mowed green if we’re honest about it) he’ll always been a hero to hoards of Swedish fans.

As many larger than life character’s do he has his detractors, particularly following some of his more caustic remarks to the press who enjoy his forthright sense of humor. When asked about scars on his face he told the reporter “you’ll have to ask your wife about that”, and recalled that when Arsene Wenger wanted him to have a trial at Arsenal aged 17, he turned it down because “Zlatan doesn’t do auditions”. So far, however, his feet have cashed all the cheques his ego has written.

Unfortunately he does have the tendency to lash out to the point where being a football fan in Sweden often equates to being Swedish gambling laws on assault and disturbing the peace aren’t applied too harshly to this footballing genius. Threats of violence, fisticuffs with teammates, and punching opposing players have all been part of the Zlatan express, and he can rant as often as he pops out a quotable piece of witty repartee.

”I am Zlatan” Full Of False Phrases?

According to gambling news, his autobiography titled “I am Zlatan” (possibly because otherwise he might forget it as they only put his name on the back of his shirt) was a big seller, his rags to riches tale the sort that grabs sales, and told of his early life, his beginnings in football and his rise to stardom all peppered with the sort of quotable accidentally pithy one liners for which he and his ego are justly famous. Unfortunately he didn’t write it.

Now obviously a lot of famous people have their autobiographies ghost written, employing someone else to actually do the work, possibly after a few taped interviews and access to the necessary research materials, so there’s nothing misleading or inherently wrong in having some hack bash out the words, it’s just when you read quotes in an autobiography you tend to believe they’ve actually been said by the person the book is about.

In the case of “I am Zlatan”, however, it transpires they weren’t. The writer David Lagercrantz admitted “I don’t think I have any real quotes from him. I tried to get an illusion of him, to try and find the story. I tried to find the literary Ibrahimovic.” Which is hack-talk for making it up as you go along. “They key thing is that I was not working as a journalist, I was not quoting him.” A revelation which instantly set the twitteratti aflap, left the press agape, and rendered Facebook flabbergasted. People were outraged.

Does this then mean that “I am Zlatan” is as fake at the Hitler Diaries? To some degree it probably does, although as Swedish journalist Niklas Orrenius pointed out “Whoever thought that Zlatan had said everything [in the book] word for word must belong to the small group who hasn’t read the book.”
Which may be fair comment, we don’t necessarily expect footballers to be eloquent, however this does mean you probably shouldn’t go gambling, that news of his next book will be anything but derided be he a legend-in-waiting or no.