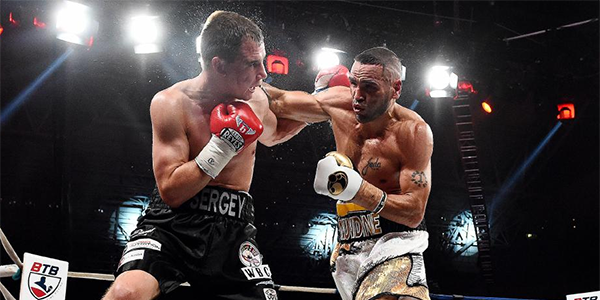 The 42-year-old boxer Anthony Mundine is preparing for what is likely to be his final year in the ring. His next fight against fellow Australian Tommy Browne on Jan 17, will guarantee the winner a top-10 WBO ranking. Take a look at the best Anthony Mundine v Tommy Browne predictions.

According to online sportsbooks in Australia a win for Anthony Mundine will be the resurrection of “The Man”, otherwise a third consecutive loss would end his ambitions to have a potential shot at the middleweight champion Billy Joe Saunders. However, his upcoming fight will not be an easy one. He will enter the boxing ring at Star Casino in Sydney to take on the 34-year-old professional boxer Browne (35-6-2, 13 KO), who is undefeated since 2008. Online betting sites expect a swift win for “The Man”, yet our Anthony Mundine v Tommy Browne predictions opt for “The Titan”.

Anthony Mundine is rated as the second best boxer in light heavyweight division in Australia and the 22nd best in the world, while his rival is fourth placed in the super welterweight division in Australia and 81 on world level. Mundine faces an opportunity to earn what would be just his second win in four years, unlike his opponent who is walking into the ring with much more confidence. Browne is unbeaten in his past 10 fights and he is eight years younger than the boxing veteran.

Browne “The Titan” returned to the ring in 2017, to capture the both IBO Asia-Pacific super welterweight boxing title, and UBO super welterweight title in Singapore. He took down the former WBC super-featherweight world title holder Sirimingkhon in October, and the Indonesia’s Alexander Bajawa in May with a third round TKO. Browne’s two straight victories came two years later after he walked away from the ring following the death of his brother Davey from injuries sustained in a boxing bout at Ingleburn RSL.

2017 was great success for Browne unlike Mundine who is trying to pass his first assignment since his controversial loss to Danny Green almost a year ago. Therefore, our predictions go in favor of Browne. His odds are 2.75 at Unibet Sportsbook, while the odds for Mundine stand at 1.44.