Are There Special Rules of Conduct for High Roller Gamblers?

News >Are There Special Rules of Conduct for High Roller Gamblers? 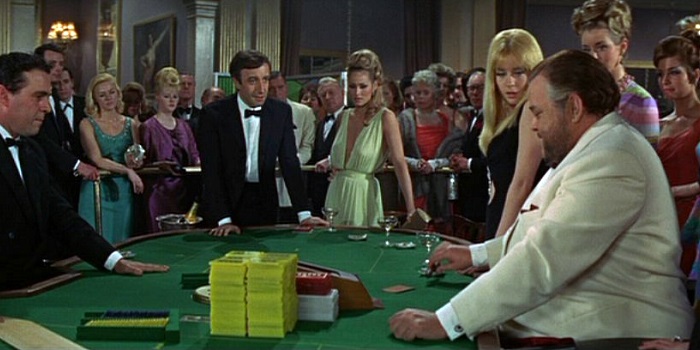 Dealers state that there is obvious inequality in the way the casino treat high roller gamblers and any other guest even in the process of gambling.

Online gambling sites in the US frequently report that in the race of attracting the big spenders, the casinos are making offers of hotel rooms, meals and rebates to high roller gamblers on the expense of the their loss. They are ready to do everything in order for the high roller to feel the special status he has. But how far are the casinos ready to go? In which sense does the high roller has a “special status”? If a game is fair than it is logically to expect that the conditions for playing it will be the same for everybody?

In May this year many things concerning the “special status” of the high rollers came to light after a dealers hearing in Connecticut. They all said that often had to endure the abuse from high roller gamblers while for the average players there is no even extension of the courtesies. Some of them spoke about cases where a high roller gambler asked for a refrigerator with bananas that he has thrown on the people around the gambling table. A pit manager from Mohegan Sun said that the bananas are nothing in comparison with the chairs and screams thrown at dealers during the games. Yes another told about cases or urinating on the gambling table. However, dealers told that sometimes these cases with extending courtesies go even further, putting the fairness of the games into question.

The high roller gamblers and the pit managers

Glen Costeles, a pit manager, stated for the Associated Press that “all men are created equal except in the casino. If it’s a premium player, he gets away with a lot more than the five-dollar player would get away with.” This is what Costeles said after his testimony in which he spoke in support of Maria DeGiacomo, a pit manager, who lost the job after the casino supervisors discovered that she allowed late bets on a blackjack table. As online gambling news in the US report, DeGiacomo stated on the hearing that it is common for dealers to satisfy that kind of requests from high rollers.

In this Connecticut casino, the Mohegan Sun staff were fired for indulging a high roller

The customer, Matthew Menchetti, was considered to be one of the most regular players in Mohegan Sun. He used to spend USD 50,000 per visit and already left around USD 1 million in the casino. The security from the casino found his game suspicious in February this year and required from the state police to investigate the issue. However all they found was that DeGiacomo and one other dealer decided on their own to keep him satisfied playing allowing him late night gambling. No charges were raised against Menchetti. His attorney, John Strafaci even said that what he was doing was something normal for a player of his rank.

There are exceptions for high roller gamblers

As gambling news report, Raymond Pineault, president of Mohegan Sun, said that the fact that he reported the case with the player and that he fired the two dealers clearly speaks about the policy that the casino is up to: there are no exceptions from the rules for anybody. However this does not seem to be quite true according to Shane Kaufmann, a vice president for a branch of the Transport Workers Union in Las Vegas which represents several thousand casino dealers. He claimed that the casinos do make exceptions from the rules when high rollers are concerned.

As Kaufman said: “the casinos pretend they have rules that are set in stone, like going into a bank or dealing with a police station. Are they supposed to allow late bets? Absolutely not. Do they do it all the time? All the time. The abuse, the screaming, the cheating, the sexual harassment. Throwing things around. It’s worse all the time.” The commissions responsible for gaming have prescribed the rules that should be respected by all the casinos in the country, however the extent to which they are respected varies depending on the jurisdiction. The state inspectors in in Atlantic City, as dealers say, are the toughest in the country, while in Connecticut they do not have such an insight into the casinos. The case of DeGiacomo might be the beginning of a big change in this respect. The increased state inspection gave results in similar cases in Swiss casinos few years ago. There is no need to believe that the measure won’t function in the US too.