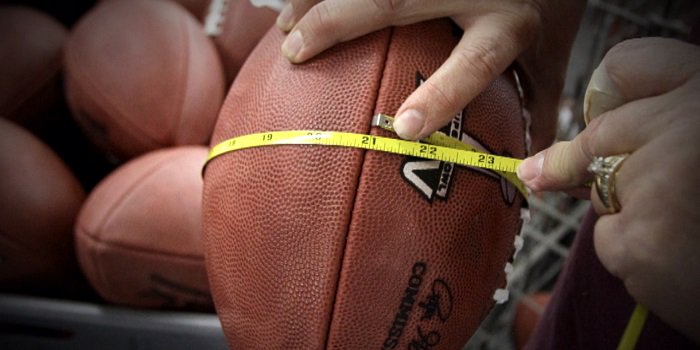 The National Football League’s controversial decision about the Deflategate scandal has been attacked by several NFL participants.

Representatives of the National Football League keep getting into controversial cases. They had a case about child-abuse last year and now it is time to talk about something else – the Deflategate scandal.

The football league’s jury blames Patriots star Tom Brady and have suspended him for 4 matches. However, the player believed it was an empty and careless thing to do from a serious jury. Continue reading to find out more about the Deflategate scandal!

Brady is insulted for being accused in the Deflategate scandal

According to the reports of online gambling sites in the US, The NFL was questioned about Tom Brady’s ban. The quarterback of the New England Patriots has been banned for 4 match for destroying a cellphone which contained more than 10,000 text messages. By doing that, he made the investigation of the Deflategate scandal go slower.

The world famous American football player believes that he is innocent and he openly criticized the decision. Tom Brady’s verified Facebook page has posted the following statement: “To suggest that I destroyed a phone to avoid giving the NFL information it requested is completely wrong.”

Online betting sites report that team owner Robert Kraft has also declared his disagreement towards the decision of the NFL. They held a press conference in the club’s training camp, where Kraft said “I was wrong to put my faith in the league.” Then he added how much he regretted cooperating with the NFL in the investigation.

The internet went wild with the affair

The Patriots have clinched victory over Indianapolis Colts in January in an AFC championship game, which is the reason why the Deflategate scandal erupted. The club was accused of knowingly using under-inflated football in order to get an unfair advantage. However, Super Bowl champion Brady says none of this is true.

Tom Brady’s 4-match ban has been confirmed on Tuesday by Roger Goodell, NFL Commissioner. US gambling news declare that the Commissioner reasoned for keeping up the ban for the player because new pieces of information proved that Brady was trying to hide evidence when he destroyed his phone.

Representatives of the National Football League have asked New England Patriots’ hero Brady to show them his phone. They wanted to go through his text messages in order to find proof of the scandal. However, they lacked the power to force the player to cooperate, and that is the reason why the text messages are gone by now.

Deflategate scandal is full of theories but little facts

It’s hard to say how soft the balls were

Brady’s appeals hearing was due on 23 June. The player has been requested to show his phone’s data to the board for 4 months, however he never did. In addition, on 18 June, 5 days before his hearing, Brady’s lawyer announced to the league that his client cannot show his phone’s data because it got destroyed.

Tom Wells, who has led the investigation, has said that Brady had to have at least some general knowledge about how the balls were deflated. Brady protected himself by saying he destroyed his phone because that is what he usually does whenever he gets a new phone. He also disagreed with lawyer Tom Wells, he said it was sad and disappointing that NFL bans players based on something that was “probable.”

According to the reports of the investigation, NFL accuses two people of helping the Deflategate scandal. One of the perpetrators might have been equipment assistant John Jastremski, while the other, Jim McNally, is accused of carrying the ball from the lockers to the field. Both of them are suspended for an indefinite time by the Patriots.

Deflategate scandal is not the only controversial NFL decision

Brady is one of the most successful, most famous and riches athletes in the world. He can decide to go to court against the decision. This one is a possible choice for the star player as NFL filed a complaint against the players’ union. The main purpose of this complaint was to ask the federal court in New York to upheld Brady’s suspension.

Mobile betting sites report that Adrian Peterson, running back of Minnesota Vikings, has also been suspended last year in February. He was accused of being participant of a child abuse case. However, he asked the players’ union to help him on court. Peterson won his case and is allowed to go to trainings, but NFL’s appeal decision is still pending.

He was said to have disciplined his 4-year-old son too hard when he hit him with a stick. That is why the 30-year-old football star has been suspended in November and is still disallowed from playing in the NFL. If Brady accepts his ban, he will be able to make a return on 18 October against Indianapolis.