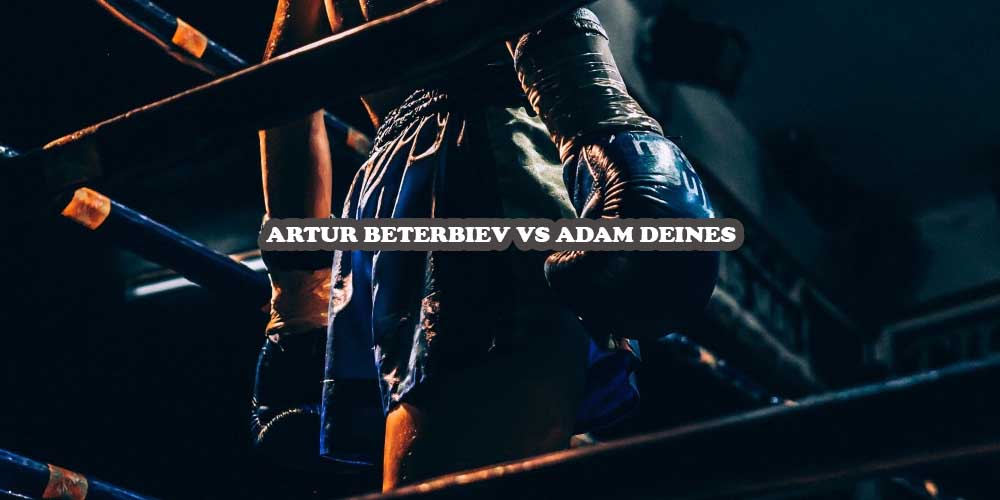 The unified light heavyweight champion Artur Beterbiev has a new date to defend his belts against Adam Deines. The fight is expected to be a walkover for the champ as per Artur Beterbiev vs Adam Deines odds. Whereas his opponent Deines seems to have no chance to make an upset.

Beterbiev vs Deines at 175 pounds is set for 20 March. It will take place at the Megasport Arena in Moscow. This is the third date after two previous dates in 2020 that had been cancelled for Beterbiev’s health situation. However, this time around the fight seems to go ahead without another postponement. Thus, you can consider making predictions at Artur Beterbiev vs Adam Deines odds.

Looking at the talent and resume of the two fighters, online sportsbooks in Russia do not give a chance to Deines. The reason is simple, there is a big disparity in the quality fights and talent between the two boxers. So, it is very hard to make an argument for Deines against Beterbiev.

Beterbiev has a massive power advantage over Deines

The WBC and IBF light heavyweight world champion Artur Beterbiev holds a perfect record of 15-0, with 15 KOs. Winning every single pro fight with a way of knockout or stoppage is beyond impressive. In fact, very few boxers in the world were able to maintain such a record. Alongside Beterbiev’s record, he represented Russia in the Olympics twice in 2008 and 2012.

In 2013 Beterbiev moved to Montreal to start his professional career. He was able to put all his opponents to the canvas to win two titles so far. No doubt Beterbiev is a massive power puncher and he has the advantage over Deines. Beterbieve also has a slight height and reach advantage. Therefore, his odds value 1.03 to easily win, as per Bet365 Sportsbook. Whereas, the only problem Beterbiev has is his inactivity, as he has been fighting only once a year.

The challenger Adam Deines sits in the sixth place in the IBF world ranking and has a record of 19-1-1, with 10 KOs. He won a pair of bouts via stoppage since the lone loss of his career in 2019 against Meng Fanlong. What is more, he has several advantages over Beterbiev on paper but obviously they are not enough to make him a strong contender in the ring.

As online sportsbook news sites in Russia reported, Deines is six years younger than Beterbiev. He also fought 55 more rounds than Beterbiev. Besides he has more fights on his resume overall. However, all of that seems unhelpful, because he has only a 53 percent KO rate compared to 100 percent of Beterbiev. Therefore, Artur Beterbiev vs Adam Deines odds value Deines at 10.00 to win.

As a boxing enthusiast, you can see all the best boxing odds by checking out our review about Bet365 Sportsbook.