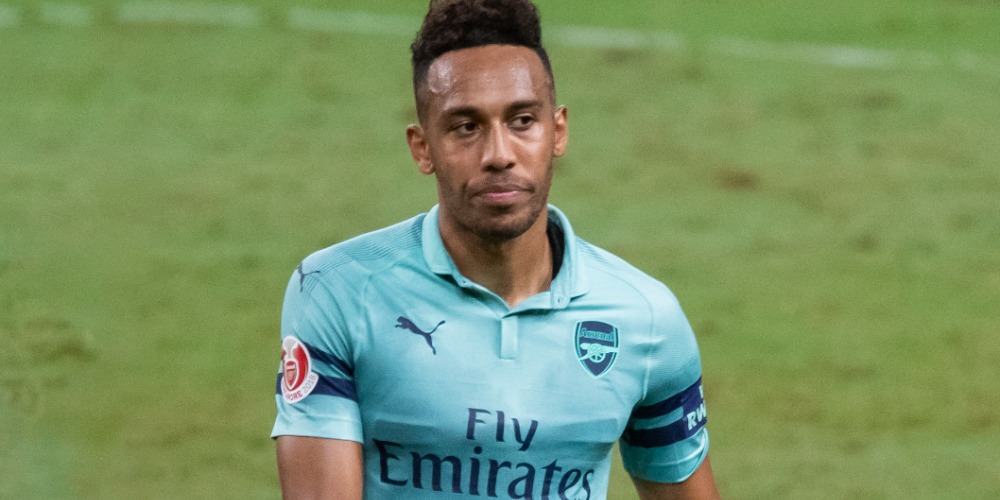 Aubameyang transfer odds are now circulating the internet after the deteriorating relationship with Arsenal. The 32-year-old was playing the leadership role before receiving disciplinary action from Mikel Arteta. Since then, the Gabonese did not make any appearances with the club which raised questions regarding his future at the Gunners. As a result, several European clubs have reached out to Arsenal to inquire about a possible deal. With that in mind, bookies jumped on the opportunity and published several betting options on the matter, so where do you think Aubameyang will end up playing for?

Will Aubameyang Leave Arsenal Before February?

With the tension between Aubameyang and the club rising, speculations over the striker exiting during the winter transfer window are increasing. After returning late to the training ground from a trip, Arsenal manager decided to discipline his player by stripping his captaincy away. In addition, the 32-year-old has not made an appearance since the beginning of December of last year. As a result, reports out of England are indicating that Aubameyang is not happy with the decisions and is eyeing a move elsewhere. This is understandable as he seeks to get more playing time throughout the season. Taking into consideration the current situation, bookies and online sportsbook sites in the United Kingdomhave published Aubameyang transfer odds. At 22BET Sportsbook, the first available betting option is for the Gabonese to stay at the Gunners with odds at 1.318. This is the most likely scenario as things will deescalate with time.

Newcastle United Are On the Move

With the new project kicking off at Newcastle, the club is seeking a world-class player to lead the team. According to the Mirror, Newcastle has already contacted Arsenal to inquire about a possible deal with the 32-year-old. Recent reports are indicating that the Magpies are seeking a loan-to-buy deal. This means that Aubameyang will initially transfer on a loan deal during winter before finalizing a 20-million deal during the summer window.

While speaking about potential transfers in January, Newcastle manager Eddie Howe expressed “Wait and see, I can’t give you promises on that at the moment”. Such a statement most likely confirms the rumors going around. With that in mind, bookies placed Newcastle as the favorites for finalizing the deal in their Aubameyang transfer odds. At 22BET Sportsbook, if you believe that the Gabonese will leave for Newcastle United before February, then your odds stand at 4.08.

Reports from Spain suggest that Barcelona is eyeing the situation and may make a move in the near future. The Blaugrana are currently in a transition phase and are going through one of their worst seasons in years. With the club desperate for players to take leadership roles in the attacking lineup, Aubameyang will certainly get the playing time he seeks. In addition, Arsenal’s interest in Philippe Coutinho and Ousmane Dembele will certainly ease the negotiations.

According to the Mirror, it seems that the Gunners are interested in making a swap deal to recruit the Brazilian midfielder to their squad and are willing to start negotiations with the Spanish club. As a result, 22BET Sportsbook puts Barcelona as the second favorite in its Aubameyang transfer odds at 4.50. With Barcelona’s desperation for a world-class striker, do you see this move happening during the winter transfer window?

Another potential new home for Aubameyang is West Ham United as the club is strongly interested in making a deal. Similar to the situation at Barcelona, West Ham is desperate for a striker to lead their lineup. Currently, The Hammers have Michail Antonio as the only option for the center-forward position. Therefore, the team will be in huge trouble if their striker becomes unavailable.

However, one big obstacle in making a deal is Aubameyang’s future plans. The 32-year-old received interests from Barcelona and Newcastle United which are certainly much better options for him. Additionally, staying at Arenal might even be a better alternative if his situation gets better. As a result, with the current circumstances, this deal is far from being finalized. Consequently, bookies at 22BET Sportsbook have put West Ham United behind Barcelona in their Aubameyang transfer odds at 11.00. What is your opinion on such a deal?

Lyon, Juventus, and Other Options in Aubameyang Transfer Odds

After the deteriorating relationship between Arsenal and their star player, many other clubs are currently monitoring the situation to jump on the opportunity. For example, recent reports are saying that Lyon is interested in making a move to recruit the Gabonese. However, the 32-year-old may not favor such a move as the French club is having a horrible season. As a result, Aubameyang transfer odds to the French club at 22BET Sportsbook are 11.00. Several other clubs are also interested in signing a deal with the player. Therefore, here are the other betting options if you believe that a different club will successfully get Aubameyang in its squad before the closure of the winter transfer window.